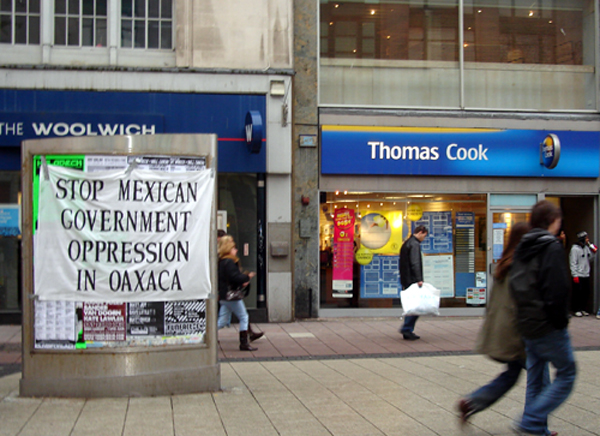 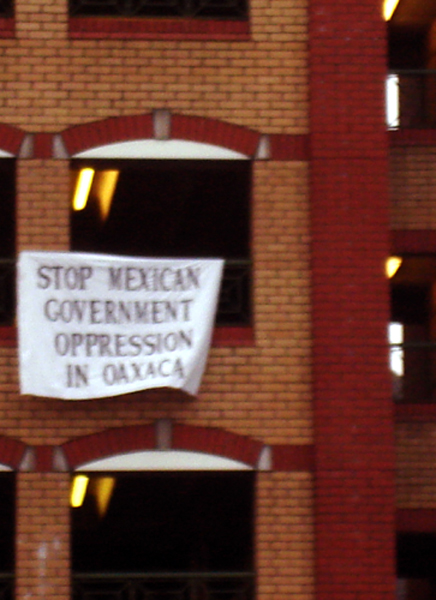 South wales anarchist held solidarity action for people of Oaxaca outside thomas cook travel agents. Imformation was given to customers and shoppers about what has and is stiil continueing in Mexico. Reaction was mainly good and those who stopped to talk were asked why mainstream press did not cover this and other events not only in south america
but other parts of the world. The banner later found itself hanging from multi-story car park.
A small but effective action which those who helped thought worthwhile.