What About the Real Habitual Criminals?

Catalyst Media - who publish 'Nerve' magazine in Liverpool - have received warnings from their server that Kirkby-based polluters Sonae want our whole site to be taken down because of two articles which highlight their crimes against the environment. Here is the second of the subversive articles for your consideration. 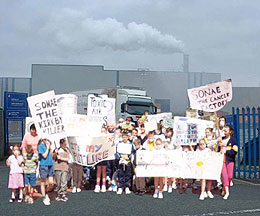 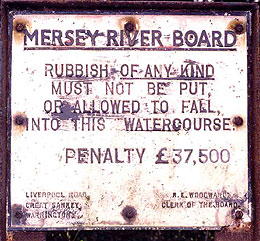 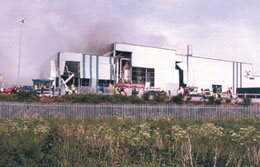 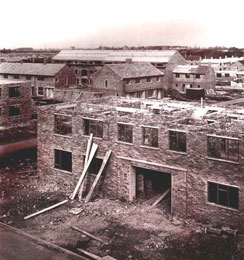 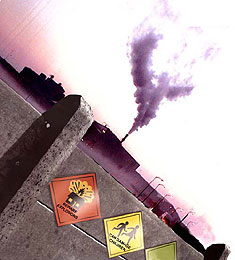 By Steve Tombs and Dave Whyte

"Norman Stanley Fletcher … you are a habitual criminal …". These words ran over the opening credits to Porridge, the classic BBC sitcom set in Slade prison. Fletch was - as far as we learned - a petty but regular criminal, used to 'doing time'. The judge ended his speech by sending him down for five years. In the thirty years since the series, law and order has come to the forefront of the political and media agendas. The prison population has more than doubled since Porridge was first aired, mainly because more and more recidivists - 'habitual criminals' - have been banged-up for longer prison terms. Britain's jails are bursting at the seams as the prison population soars to the highest in Western Europe.

But some of our nastiest and most persistent offenders have escaped the punitive attentions of the criminal justice system. According to official statistics (which notoriously underestimate figures), forty workers and members of the public were killed by industry in Merseyside between 1997 and 2001. Government research has long since established that most of those deaths are the responsibility of negligent or reckless company management. This figure does not include the hundreds that die as a result of occupational diseases: in Merseyside, between 1996 and 2000, more than 200 people died from mesothelioma (usually caused by asbestos) alone. Each year many times more people die at the hands of a profit-making company than die in murders. And yet prosecutions are extremely rare.

Sonae - who recently recieved a fine of £37,000 for environmental offences, are a typical habitual offender. As everybody in the Kirkby area knows, Sonae have been polluting the local environment since the Kirkby plant opened in 1999. A health survey, by the Knowsley Against Toxic Sonae Campaign indicated that more than 80% of people reported dust residues around their homes, and over 40% of households reported dry coughs, eye irritations and sore throats. Visitors to Northwood reported similar symptoms which miraculously cleared-up when they left the area.

It's not just the polluting activities of Sonae that should be a cause for concern. Their failure to comply with the law and manage environmental protection effectively extends to health and safety of workers. In other words all was not well. Our own investigation into the plant during 2001 found that HSE inspectors identified a "worrying trend of major and minor accidents". In a series of incidents in 2000, workers suffered serious crush injuries, broken bones, electric shocks and burns. Between October 2000 and April 2001, there were six injuries over three days and seven major injuries reported to the HSE. Indeed, inspectors found that safety devices had been interfered with and by-passed as a matter of routine, and the company had failed in its legal duty to implement a safe system of work. Revealingly, we had access to documents written by HSE inspectors which warned the "whole project is politically sensitive." The Sonae plant - we should remember - was set up with the financial and political backing of several public authorities, including Knowsley Borough Council. Perhaps predictably, no prosecution followed any of those events. The 'political sensitivity' might also explain the HSE reaction to our report - they were more worried about where we got the information rather than the issues that we raised. Letters pointing out that obtaining such evidence was a criminal offence indicated their the major concern - find the information leaks, ignore the toxic leaks.

Echo/Post Readers might recall another dust explosion that was occurred at the Sonae plant on 1 June 2002. Following that explosion, and its investigation by the HSE, the company were given notice to clean up its act, but no prosecution followed despite inspectors finding violations of Heath and Safety law. Inspectors knew that the company was flouting the law. Four enforcement notices had been served on the company between May 2001 and the date of the explosion, despite the fact this had been pointed out to them.

On 25 June 2002, a more severe prohibition notice was issued, banning the restarting of the plant involved in the recent explosion until a suitable and sufficient assessment of the risks associated with the plant was carried out. On 28th June 2002, yet another notice was issued on the company. Still no prosecution. By July 2002, the polluting dust emmisions were causing problems for players at the neighbouring Liverpool FC Academy, and their concerns about the plant were voiced publically in the Echo/Post.

So after all this repeat victimisation of residents and workers, after all the company's habitual offending, Sonae finally landed in the courts, courtesy of the Environment Agency not the Health and Safety Executive. But was the fine - a total of £40,000 (including costs) enough? You can ask what £40,000 means to a company like Sonae? In 2002, Sonae UK's annual turnover was about £90 million. So a fine of £40,000 for that company is about 0.04% of turnover. Let's be clear what this means. On an average wage of £15,000, this would equate to a total of £6 as punishment for their crime. Hardly a deterrent, not even worth a letter from a company accountant to the board of directors.