Youth Campaign in Solidarity with the Cuban Five

On behalf of the brave and noble people of which we are part, the Cuban youth is calling on youth and student movements, associations and the young population of the entire world to join the struggle for truth and justice, as they have so many times before in the long history of humanity. 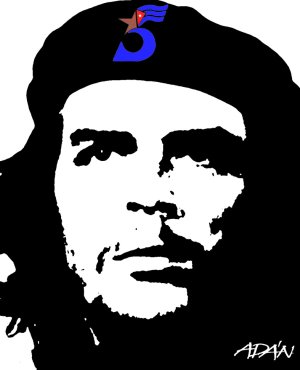 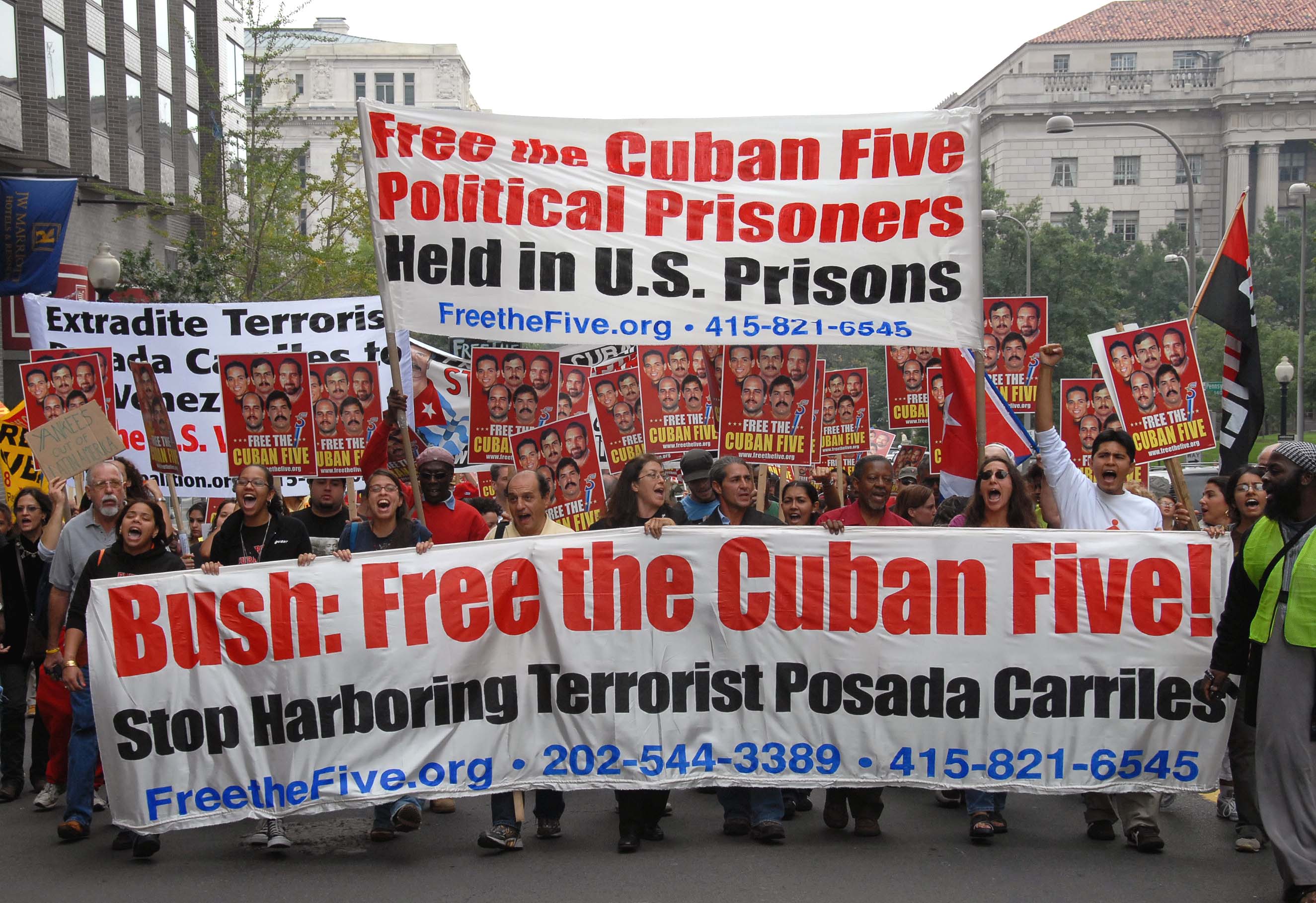 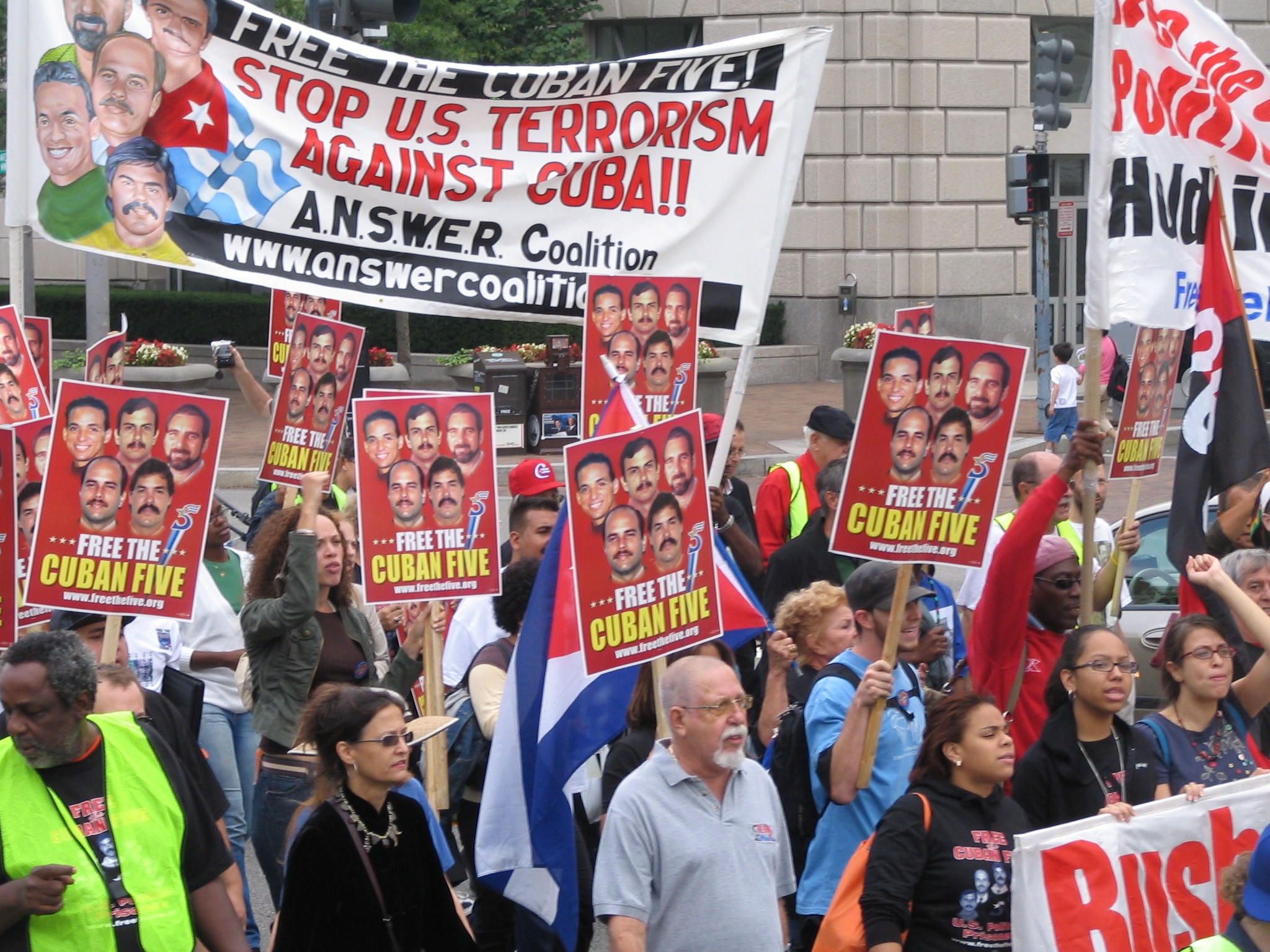 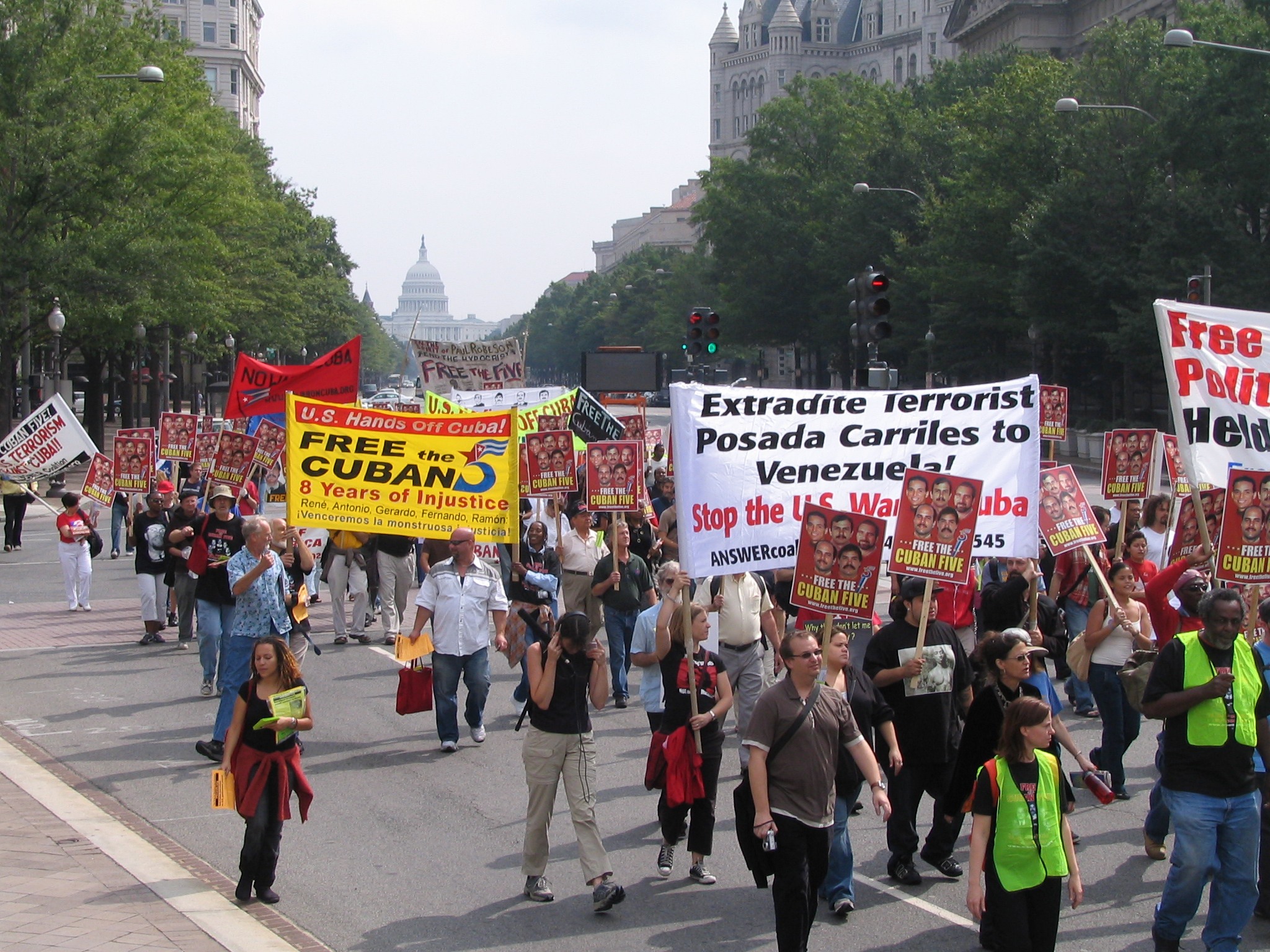 Who are the Cuban Five?

The Cuban Five are five Cuban men who are in U.S. prison, serving four life sentences and 75 years collectively, after being wrongly convicted in U.S. federal court in Miami, on June 8, 2001.

The Five were falsely accused by the U.S. government of committing espionage conspiracy against the United States, and other related charges.

But the Five pointed out vigorously in their defense that they were involved in monitoring the actions of Miami-based terrorist groups, in order to prevent terrorist attacks on their country of Cuba.

The Five’s actions were never directed at the U.S. government. They never harmed anyone nor ever possessed nor used any weapons while in the United States.

The Cuban Five’s mission was to stop terrorism

For more than 40 years, anti-Cuba terrorist organizations based in Miami have engaged in countless terrorist activities against Cuba, and against anyone who advocates a normalization of relations between the U.S. and Cuba. More than 3,000 Cubans have died as a result of these terrorists’ attacks.

Terrorist Miami groups like Comandos F4 and Brothers to the Rescue operate with complete impunity from within the United States to attack Cuba—with the knowledge and support of the FBI and CIA.

Therefore, Cuba made the careful and necessary decision to send the Five Cubans to Miami to monitor the terrorists. The Cuban Five infiltrated the terrorist organizations in Miami to inform Cuba of imminent attacks.

The aim of such a clandestine operation by the Cuban Five—at great personal risk—was to prevent criminal acts, and thus protect the lives of Cubans and other people.

But instead of arresting the terrorists, the FBI arrested the Cuban Five ANTI-terrorists on September 12, 1998. The Five were illegally held in solidarity confinement for 17 months in Miami jail.

The trial began in November 2000. With the seven-month trial based in Miami, a virtual witchhunt atmosphere existed. Defense attorneys’ motions for a change of venue were denied five times by the judge, although it was obvious that a fair trial was impossible in that city.

A victory in appeals, then a surprise reversal

On August 9, 2005, after seven years of unjust imprisonment, the Cuban Five won an unprecedented victory on appeal. A three-judge panel of the 11th Circuit Court of Appeals overturned the convictions of the Cuban Five and ordered a new trial outside of Miami.

(The Aug. 9 court decision can be read here (in the website

However, in an unexpected reversal on Oct. 31, the 11th Circuit Court vacated the three-judge panel’s ruling and granted an “en banc” hearing before the full panel of 12 judges. Exactly one year after the victory that granted the Five a new trial, the panel voted 10 to 2 to deny the Five heroes a new trial, and instead affirmed the trial court.
Nine remaining issues of appeal are before the three-judge panel (it is actually two judges now, one has retired), and as of December 2006, final supplemental documents were submitted by defense and prosecution. For an explanation of the legal issues, read the Nov. 21 interview with Leonard Weinglass here.
Your support is more important than ever
This case is a political case and the Cuban Five are political prisoners.
Their freedom will depend not only on the arduous work of the defense team but just as importantly on the public support that can be organized. Over 250 committees have been established in the United States and around the world, demanding immediate freedom for Gerardo, Ramón, Antonio, Fernando and René.
Important declarations have been made by hundreds of parliamentarians in Britain, Italy, and the European and Latin American Parliaments. The UN Working Group on Arbitrary Detentions, with five judges, ruled that there were irregularities in the Five’s trial and arrest, effectively denying them a fair trial and calls on the U.S. government to remedy this injustice.
In the United States, the National Committee to Free the Cuban Five is working very hard to build broad support for these anti-terrorist heroes, with forums and video showings, media and publicity work, and a march that was held on Sept. 23, 2006 in front of the White House.
The year 2007 will be critical for the struggle to win freedom for the Cuban Five. Call or write us! Find out how you can do your part to win justice for five men who dedicated their lives to save others.

Friends and comrades all over the world,
On behalf of the brave and noble people of which we are part, the Cuban youth is calling on youth and student movements, associations and the young population of the entire world to join the struggle for truth and justice, as they have so many times before in the long history of humanity. We call on you to participate in a new World Campaign, from 10th January to 30th April, to break the silence that surrounds the case of the five Cuban patriots unjustly imprisoned in the United States.
The campaign for the release of these five heroes represents a battle for truth and against terrorism. The aim is to break the wall of silence about the case imposed by the U.S. government on public opinion, to denounce the manipulation and lies, to call for justice to be served and demand the immediate release of the five Cubans.
Our comrades have now served eight years of unjust incarceration; they are victims of imperialism's total irrationality and utter contempt for human dignity. The imperialists arbitrarily ignore the pronouncements of international organizations and set up all kinds of legal obstacles to prevent a just solution to the case. Only the real mobilization of public opinion will bring to bear the pressure needed to obtain the justice our people are fighting for.
Humanity is at a crossroads in its history and it is we the younger generation who are responsible for this victory for a better future. This campaign will be for five men who epitomize the highest values of decency, altruism, bravery and solidarity. It will be a campaign for truth.
We invite everyone to round off the campaign by attending an International Youth Solidarity Meeting on 29th and 30th April, in Havana, Cuba. Our youth and our people will be immensely proud to welcome you, to reflect together on the successes already achieved in this campaign and to plan the steps we can take in the future.
Ever onward to Victory!