11-01-2007: A break away group of protestors target Lockheed-Martin for profiteering from Guantanamo Bay. 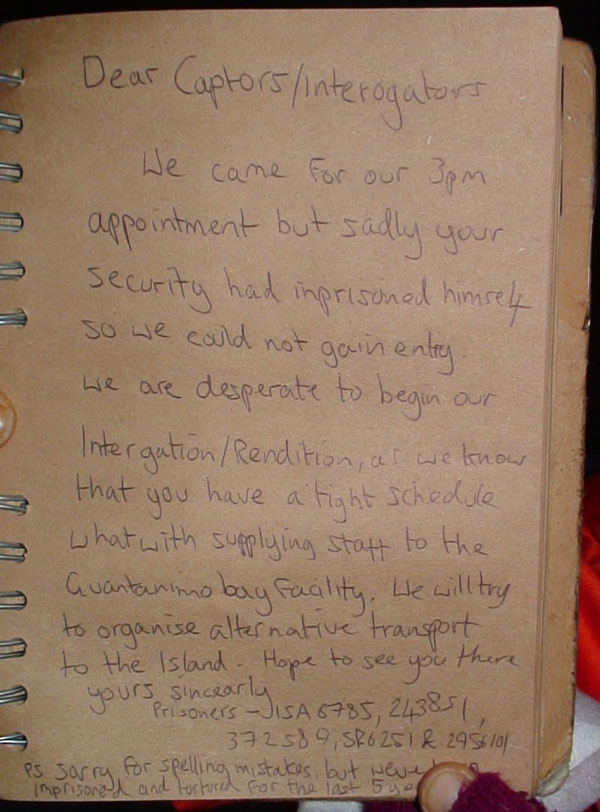 The letter delivered to Lockheed-Martin

Following the US Embassy protest, several demonstrators, not satisfied with the highly publicised protest took it upon themselves to search out for another target and hit them with an original, often silly, protest to highlight corporate involvement and profiteering from Guantanamo Bay.

Lockheed-Martin was the first target to be found. And off they went to protest and demand their right to be interrogated in the London headquarters of one of the largest arms manufactuers in the world.

They also delivered a letter apologising for missing their 3pm torture session, under the watchful eye of the police, who also apologised for being late. One officer even informed the protestors that Lockheed-Martin just signed the contract to develop the latest nuclear weapons in the Trident missile program.