Video of the protest outside Kalyx-Sodexho headquarters. photographs of Kalyx-run HMP Peterborough and a report on Kalyx and the Sodexho Alliance - listed as one of the companies profiteering from Guantanamo Bay. 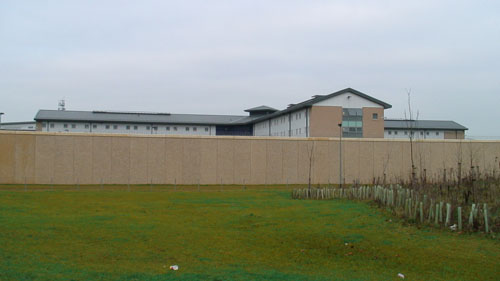 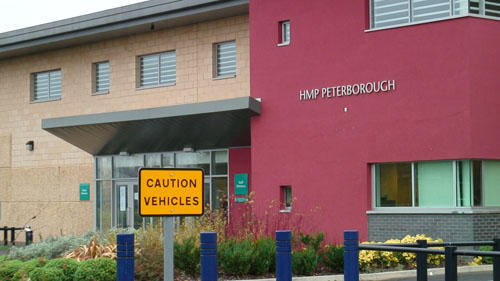 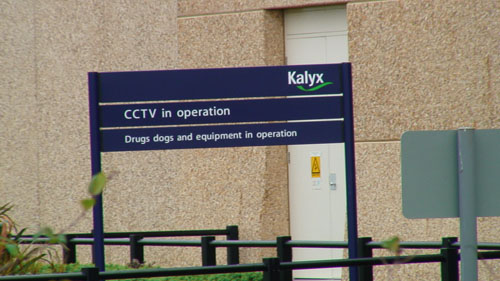 Protestors gathered outside the Headquarters of Kalyx-Sodexho to oppose the continued abuses inside the Kalyx-run Harmondsworth Immigration Removal Centre (IRC), near Heathrow airport, and called for the closure of the site.

The protest lasted just over an hour, with the small group of protestors being outnumbered by police about four-to-one.

The reason for such a large contingent of officers to protect the building, according to a conversation between the faithful cameraman and one police officer, described by the cameraman as “actually, a really nice guy, but you never can tell these days”, was the Kalyx-Sodexho building is considered a prime terrorist target.

The cameraman was told he should not film the inside of the building, specifically the foyer, even from outside, because it could be used by terrorists to plan an attack.

Obviously, this could be believed, with this company’s participation in imprisoning failed asylum seekers, but something did not seem to fit here. There were certainly other places that would be targeted before a company involved in detention centres and the UK private prison complex.

That was until this old hack did a little research last night and discovered Kalyx-Sodexho is listed as being involved in the US concentration camp Guantanamo Bay in Cuba.

Sodexho Defence (a subsidiary of the Sodexho Alliance) is listed along with Kellogg Brown and Root (Halliburton subsidiary) and Serco as providers of logistics, catering, laundry, tent hiring, barracks management, financial advice and prison cells in Guantanamo Bay.

Searching “Sodexho and Guantanamo Bay” on the Internet pulls up 1,190 results, including documents from The Baker Institute, that being my old pal and long-standing research target James Baker III (Secretary of State to George Bush Senior, co-chairman on the Iraq Study Group for George W. Bush). But not one document seen by this journalist, in his four-hour search today, directly links Sodexho to Guantanamo Bay. Not like they would advertise it anyway.

But, all sites, including Sodexho’s own, boast of serving the US military in logistics and meals since 1993, much to the disgust of many postings from American servicemen and women, and patriotic Americans, who complain that a French-based company should not be feeding their troops. American companies for American military seems to be the majority consensus.

The home page of Sodexho Alliance said it all: “Making everyday a better day.”

Please use this email address: