Annual Meeting of the illegal Trilateral Commission Brussels, Belgium, March 16-19, 2007
location most likely a 5star hotel with room for 300plus & usual facilities of G8 conferences

document hopefully attached on file in its intended format,

Iam a committed antifascist on the streets & on the web,my grandfather escaped nazi austria in the 1930's & fought the nazis continually.But I feel discomfort speaking to many activists because of political correctness on elite groups, rumours persist that the trilateral commission is a"zionist conspiracy" pushing many researchers away, the main argument in the "trilateral zionist thesis" made by racial fascists is that leaders of the corporate oligarchy like Rockefeller& Kissinger are Jewish.David Rockefeller is a Methodist from a baptist background, Bush jnr is Methodist as is Dr Death Kissinger the Trilateral/USA chief intellectual.
I would love to be in Germany & Belgium for recent meetings,but banks & insurance companies owe me money & have bound me with debt.
I have researched these hidden elites for about 13 years in university libraries & have been to their meetings, which are increasingly being exposed. At the very least I hope this information can be put on indymedia national pages as a main article, next year the trilateral commission aims to meet in Washington DC, this issue is far bigger than watergate.Please check extensive links & contact me for further information,
solidarity, Joni, Sherwood, UK, steelworker & artist

The concept of a influential forum for the world's major industrialized democracies emerged following the OPEC oil crisis and subsequent global recession. The Supranational Trilateral Commission "lobbying group" is a private organization,the top of an oligarchical empire founded at the initiative of David Rockefeller, who pushed the idea of including Japan as an extension of the Bilderberg meetings, but was he was rebuffed by the its NATO members. Along with Zbigniew Brzezinski and a few others from the Brookings Institution, Council on Foreign Relations & the Ford Foundation, he convened initial meetings from which the organization grew. Trilateral commission was founded in 1973,the G8 in 1975,its first executive committee meeting held in Tokyo, October 1973 . Its members come mainly from the G8 nations elite like Mark Moody-stuart,Anglo American Corp with a peppering of other nations elites,regulat attendees power doesnt stop at one electoral term, it is a oligarchical dictatorship of a small ruling class, olderer the soviet politburo.Annual meetings consist of 300–350 private citizens from Europe, Pacific Asia (Asia & Oceania)& North America, it exists to promote closer political and economic cooperation between these areas under USA's hegemony & corporate politburo.
Some figures say participants directly control at least 60% of global wealth this estimate was done before even more recent expansions, the Bilderberg 33%. Its top figures & controllers are known in financial circles as the "Masters of Universe",their PR transforms genocidal Robber Barons transformed into philanthropists.It inlcudes heads of nato & US/UKmilitary ,intel services,billionaires,royalty,top politicians,heads of PR think tanks,editors & bankers,religious financial advisors.Last year there was a token trade unionist who is also a top banker,a leading geneticist & Oil scientist. 95% white& christian english speakers. Members who gain a position in their respective country's government temporarily leave the commission. The trilateral commision is the apex of corporate fascism, G8 impliments its ideas & provides a "democratic" shroud

"In fact, after the 1960's, the Trilateral Commission held its first meeting(s) to figure out how to deal with the wreckage of Liberal capitalism, and to make sure that nothing like the world youth protests of the 1960's ever took place again. The Black Power revolts in the metropole, the anti-colonial protests, and the Vietnam anti-war movement had shaken them to the core. The leading countries of Europe, Japan, Canada, and the USA met in 1973 to form the Trilateral Commission, and this was the first major international capitalist criminal cartel, which birthed all the groups we are fighting now: WTO, IMF, and others."

"The Trilateral Commission has issued one major book-length report, namely, The Crisis of Democracy(Michel Crozier, Samuel Huntington& Joji Watanuki 1975). Given the intimate connections between the Commission and the Carter Administration, the study is worth careful attention, as an indication of the thinking that may well lie behind its domestic policies, as well as the policies undertaken in other industrial democracies in the coming years.The effective operation of a democratic political system usually requires some measure of apathy& noninvolvement on the part of some individuals& groups." Naom Chomsky.

Chomsky argued the lie of corporate democracy is shown primarily by the Trilateral Commission who had 19 top members of US government including Carter as members straight after its formation.He does not seem to mention the Trilateral Oligarchy again,I understand as an ancestor of an Austrian who left in1930's to fight Nazis ith allied forces, the strong rumours that trilateral is a"zionist conspiracy" pushes many scholars away, the main argument in the "trilateral zionist thesis" made by nazi racial fascists is that leaders of the corporate oligarchy like Rockefeller& Kissinger are Jewish.David Rockefeller is a Methodist like Bush, as is Dr Death Kissinger the Trilateral/USA chief intellectual & writer of National Security Council documents on global depopulation, that Bush Senior admitted were a top priority.

91yr old David "I love workers & indigenous people really" Rockefeller is their "Emperor Ming"; Under his stewardship the Chase bank spread internationally and became a central pillar in the world's financial system, including being the leading bank for the United Nations. It has a global network of correspondent banks that has been estimated to number about 50,000, the largest of any bank in the world. A notable achievement was the setting up of the first branch of an American bank at One Karl Marx Square, near the Kremlin, in the then Soviet Union, in 1973. This was also the year Rockefeller travelled to China, resulting in his bank becoming the National Bank of China's first correspondent bank in the US.
In speeches David Rockefeller has thanked the owners & controllers of Washington Post, NBC etc for not mentioning the Trilateral Commission in its early years.From President Carter all US presidents have been groomed by it,George Bush snr was among the founding members of the Tri-lateral Commission, Bush junior has links from his fathers,Cheneys & Rumsfelds participation.
Wants Pax Americana & world split into the three areas under US hegemony, North&S.American superhighway & trade agreements,until 1999 had major financial influence on Exxon Mobil which was one just one part of the vast Rockefeller Empire, now dissolved into Trusts & political influence, loves beetles,appropriate as they are possibly 1 species that 1st billionaire & global corp John d1889 $40bill,imagine that today?

Halliburton directors, C.J. Silas and L.S. Eagleburger, have both been members of the Trilateral Commission.68 According to Senator Barry Goldwater, the Trilateral Commission 'is international and is intended to be the vehicle for multinational consolidation of the commercial and banking interests by seizing control of the political government of the US.
lee Raymond CEO Exxon Mobil & Bill clinton,Melinda Gates have all attended.

http://www.brookings.edu/views/op-ed/talbott/20060630.htm advice for G8 on Russia by Brookings institute,Trilateral member

http://www.asiasociety.org/support/specialevents/anniversary_dinner/galaspeeches.html Asia society speeches by TLC elite & Koffi Annan DavidRockefeller on China"I’ve been making frequent trips there, ever since, for example, I had the good fortune to meet in 1973 with Prime Minister Zhou En-lai and subsequently with Deng Xiaoping and Jiang Zemin in connection with the Trilateral Commission."

A quote from David Rockefeller's autobiography 'Memoirs' - 6-11-6: "For more than a century, ideological extremists at either end of the political spectrum have seized upon well-publicized incidents to attack the Rockefeller family for the inordinate influence they claim we wield over American political and economic institutions. Some even believe we are part of a secret cabal working against the best interests of the United States, characterizing my family and me as 'internationalists' and of conspiring with others around the world to build a more integrated global political and economic structure - one world, if you will. If that's the charge, I stand guilty, and I am proud of it."

Not to mention Bliderberg (of course)

Not to mention Bilderberg, oops conspiracyloon fantasy theories, who are after all the unelected steering committee of the G8, who's meetings only attract tiny demo's and zero coverage by corporate press and inymedia alike. The list you provide is very interesting cross checking with KOM and other dodgy
organisations very intersteresting. anyway good keep it up.

cheers for your positive contribution, your a true rebel with solidarity anon,
these are facts as links &reality proves, actually the bilderberg conference had large press interest in Canadian mainstream press due to hard work of activists who made it there,
2008 is planned for Washington DC, we have 2 months until the meet in Belgium
thankXXXanyway
ps
conspiracies concern the jew, illuminata,alien mongerers, go & waste your time on them if you want to be a troll:)byee 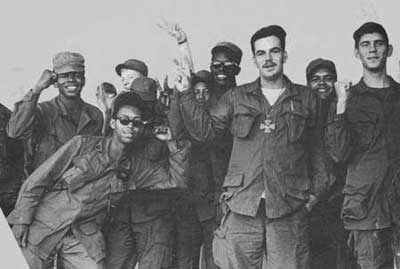 cheers for your positive contribution, your a true rebel with solidarity anon,
I suppose PNAC is a conspiracy theory too,

these are facts as links &reality proves,
actually the bilderberg conference had large press interest in Canadian mainstream press due to hard work of activists who made it there & got toy the hotel past gaurds to building on more than 1 occasion with no arrests:) & loads of coverage. Despite only a few weeks warning for international travel & usual trollmongering at least 50 antifascist activists made it,

ps
conspiracies concern the jew, illuminata,alien mongerers, go & waste your time on them if you want to be a troll :) byee

Global coup that spawned the birth of G8

The Trilateral commission was officially founded in October 1973,but it was in July 1972 the first major planning meeting was held at Rockefeller's Pocantico compound in New York's Hudson Valley. It was attended by about 250 individuals who were carefully selected and screened by Rockefeller and represented the very elite of finance and industry.
The G8 was founded in 1975,its conception though happened in trilateral meetings.

Trilaterals first executive committee meeting held in Tokyo, October '73 should be known as that of a global coup against hard won democratic rights earn't after world war 2. Rockefeller & his class hated the more 90%rich tax implemented after it in USA,Britain & others,they have kept the USA in non stop genocidal wars.
To them democracy has literally gone to far,as written in the trilateral publication" the crisis of democracy", noted by Naom Chomsky


"Toscanna masonicca anon" if you refer to Kom & mean Lorenzo Komboa Ervin as a dodgy link, you try to shame one of the hero's of anarchism, an ex black panther man who suffered 15 years in jail & on the run after runs in with KKK, finally after his release he organised the KKK being run out of Chattanooga in1987, where he had spent his early life.