The Government and Penal Reform Charities claim the Prison service works hard to help prisoners maintain links with family and friends. It is they claim evidence of how prison works to achieve successful rehabilitation. Elizabeth, a regular visitor to a prisoner, describes how she was treated. Sadly her experience is not uncommon. 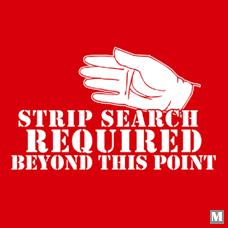 I'm 52 years old. I have been an almost weekly visitor to the same private prison in the UK for nearly 3 years.In November 2006 I alighted from a public service bus with 2 other ladies and were subjected to having all my personal data collated by police officers in the prison car park . My bags were rummaged by 2 police officers. Nothing was found. We then lined up in the middle of the car park and had our already rummaged bags sniffed by a drug dog, as well as our persons. Nothing to report likewise.

We then went into the prison visitor's centre, and after checking in I was further questioned by police as to how tall I am. I am very petite, but have no accurate idea. Two police officers deliberated and came up with 'my height' measurements. My bags were already in a locker. The police officer ordered my bags to be removed and the entire contents, including reserve sanitary pad was screened in public gaze of prison visitor's centre snug against the communal lockers. I was then told that they needed to investigate me further, and was taken off to the prison staff toilet and a strip search was performed. I had no pockets to turn out, there were no reasonable grounds to by-pass the primary procedures of asking me whether I had any 'unauthorised articles' which I had not. They did not offer me a pat down. They did not electro scan me. They did not provide me with a F2141 consent form to read and sign so as to offer consent to the search. (see Wainwright v United Kingdom). No record of the search incident was offered to me at time of strip search nor after.

Apparrently flawed intellegence had been given to the police by the prison. This was linked to a misunderstanding 6 months ago, and cleared up, at that time, by the Governor of the prison. His letter to me was dated May 2006 accepting my honest explanation, and wishing me very positive visits at the prison. Six months later this is what they did to me. I was strip searched by a police woman whilst trying to explain that the matter had been the focus of correspondence between the Governor and myself. I mentioned his name. The police woman asked who Mr. X was whilst I was wearing no lower underwear. I was then allowed to go for a 'normal' visit. Nothing was on my person to find.

They control the information and use our ignorance as a weapon to manipulate us into 'consenting' or we are 'expelled from the prison'. It was a choice of having no choice. Being obligated to comply or forego a visit to a low category prisoner, no drug history, and does not smoke. I have no history of drugs, never even seen drugs! No history of violence either! Please ensure you are aware of your rights as protection if you are obligated to be marched off to the prison staff toilet and strip as I was.