Eight non-violent peace activists at Mildenhall police station have today been charged under anti-terrorist laws, SOCPA 128,which is the result of an action last October, when the activists entered USAF Lakenheth nuclear base and chained themselves to secure the gates of a munitions storage area to stop the movement of cluster bombs. 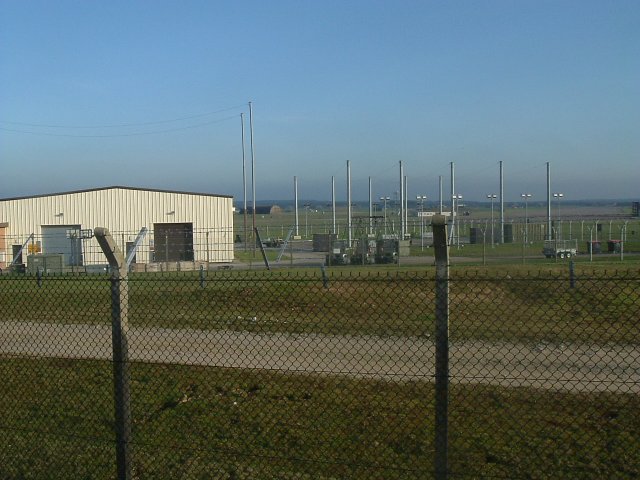 Mell Harrison, Eastern Region CND, one of the accused says:

“Eight non-violent peace activists trying to uphold humanitarian and international law are virtually being labelled as terrorists. Will this new law being used in this way give it any credibility at all?”

USAF Lakenheath is the only place in the UK that the US store nuclear weapons. Up to 110 B-61 free fall nuclear bombs are stored at the base at anyone time. Which means the bombs are flown in and out of the UK regularly. In the recent White Paper on Trident Replacement the government states that the storage of such weapons is not safe. Why is it then that the US are allowed to store such unsafe weapons of mass destruction here in Suffolk. The base also stores cluster bombs and other munitions.

Fellow accused activist Peter Lux adds:
“The cluster bombs seen inside the munitions area are landmines that fall from the sky. The bomb lets kill and maim innocent people every day in Lebanon,Iraq and Afghanistan.