Today, six "cluster bomb inspectors" were in court, charged with Criminal Damage and the new offence of Criminal Trespass (SOCPA 128 - the Serious Organised Crime and Policing Act, item 128). The case was adjourned for two weeks, as the decision to charge was only taken two days ago and the prosecution evidence was only given to the defendants this morning. The case will resume at 10am on the 20th of February. 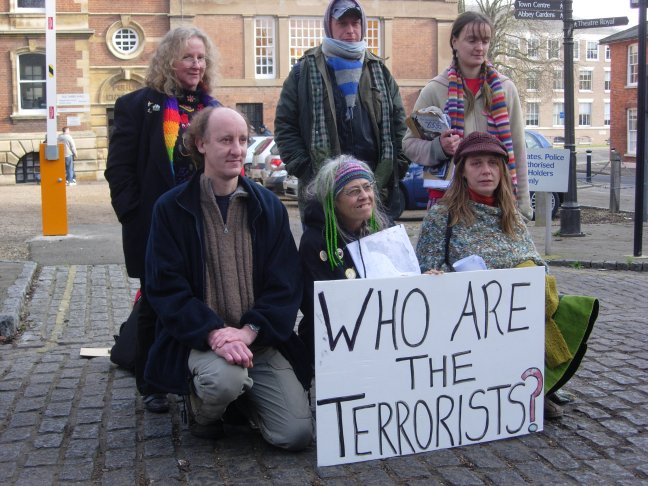 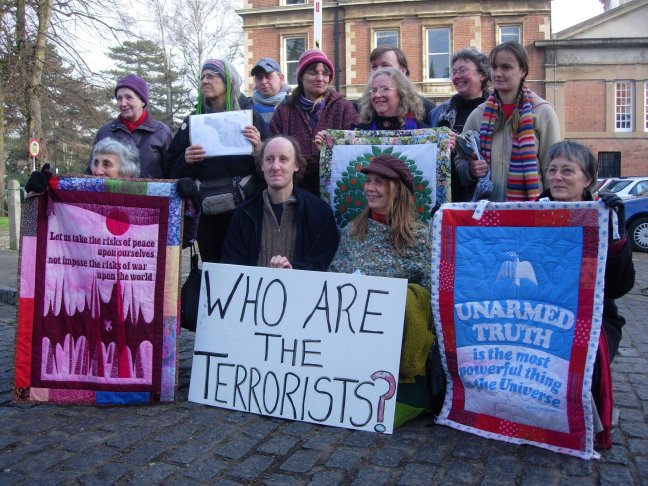 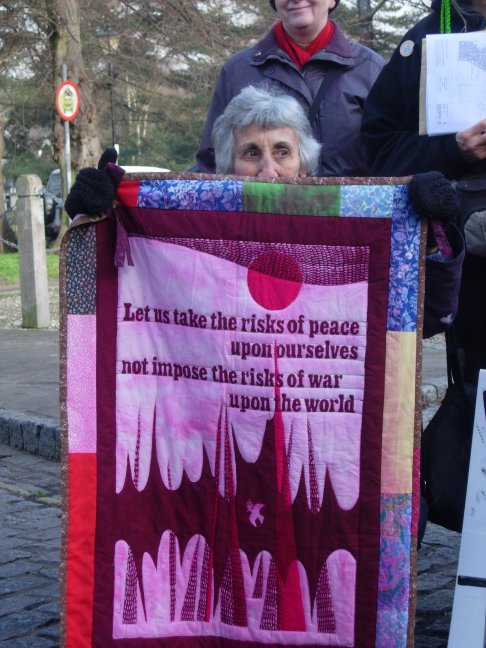 "Take the risk of peace upon ourselves"

The hearing was short, with the supporters watching from the gallery. Supporters had travelled from Norwich and Cambridge for the hearing.

The case will enter new legal territory as one of the first cases where the Criminal Trespass law has been used. The new legislation now makes it a criminal offence to trespass on designated MoD sites such as Lakenheath. Any person found guilty of criminal trespass can be fined up to £5000, be jailed for up to 51 weeks in England and Wales, (or up to 12 months in Scotland) or both. Others have been charged with this offence, but it has yet to be tested in court.

Last October, the activists entered USAF Lakenheath nuclear base and chained themselves to the gates of a "Special Technical Munition Area" to stop the movement of cluster bombs - "land mines that fall from the sky" in the words of one of the defendants. The activists were locked on for nearly three hours before being cut off.

Ministry of Defence police were called to report the Weapons of Mass Destruction, giving the UK police an opportunity to enter the RAF base. The base is effectively a USAF base, with one British officer on the base, so MoD police do not normally enter the base. As far the defendants know, the police have still not investigated the cluster bombs.

Lakenheath also stores nuclear bombs, and is used for bombing raids. Iraqi missions have been flown from there and flight plans indicate the recent bombing of Somalia may have been from Lakenheath.

Report of the action

Information about the court dates