Last Thursday, to coincide with the IPCC report, a group of Manchester climate activists decorated the pavements outside flight centres, petrol stations, supermarkets and a humvee garage with carbon footprints. 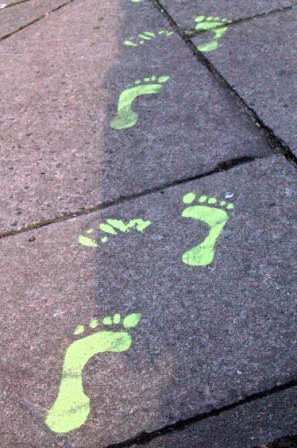 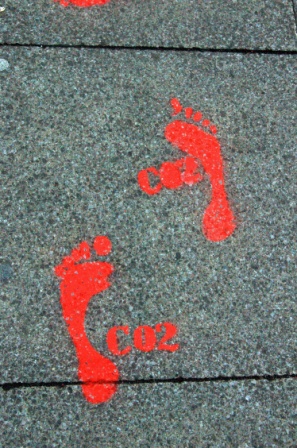 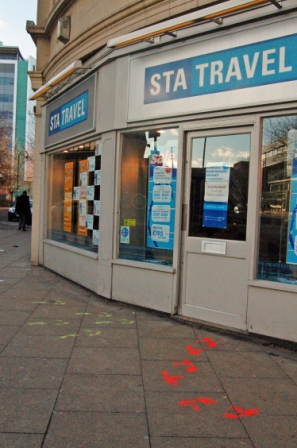 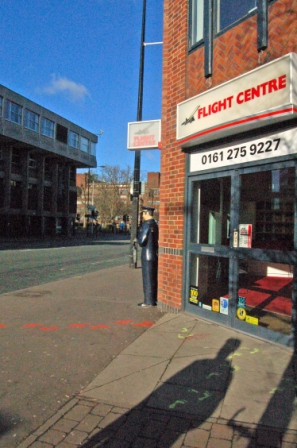 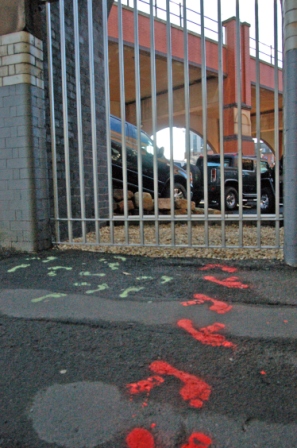 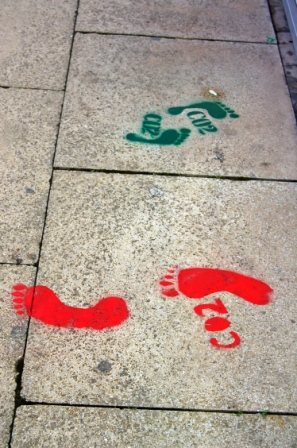 Roughly a dozen stencils appeared Friday morning in various city centre locations. The stunt followed a number of other awareness raising actions in Manchester, such as the blockade of the humvee garage a few weeks earlier.