Brigitte says he admitted training in Pakistan and knowledge of a plot in Australia, but only after being questioned for days without sleep and after he was incorrectly told his brother and parents were also in jail. 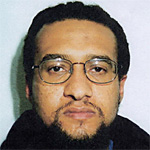 The French-Muslim convert on trial in Paris over terrorism charges, Willie Brigitte, says his French interrogators pressured him into making damning admissions.

Defence lawyers say Brigitte and his Australian wife Melanie Brown have both retracted their incriminating statements.

Brigitte says he admitted training in Pakistan and knowledge of a plot in Australia, but only after being questioned for days without sleep and after he was incorrectly told his brother and parents were also in jail.

He also claims Australian officials told him he would be sent to Guantanamo Bay.

His wife, Melanie Brown, says she was threatened with four months in jail.

However, prosecutors say Brigitte's diary [allegedly] included the entry 'when the time comes [to] think war, nobody must know when where and how'.

Prosecutors say Brigitte [Allegedly] had the financing and documents needed for a terrorist plot.

But his defence lawyers say there is no physical evidence, no overheard conversations and no declaration from the prosecution of a specific target for any plot.

With the trial over, a verdict will be announced on the March 15.

Prosecutors have demanded a maximum 10-year jail sentence for Brigitte.

Comments by a former chief of French security intelligence that Brigitte is a person of no importance who Australian authorities play on to create fear have undermined the case against Lodhi, convicted last year in Sydney on terror charges after being linked with Brigitte.