Yesterday, 30 climate activists shut down an ESSO petrol station on Upper Brook Street in Manchester for 2 hours. The action aimed to highlight the link between the oil industry and global warming. 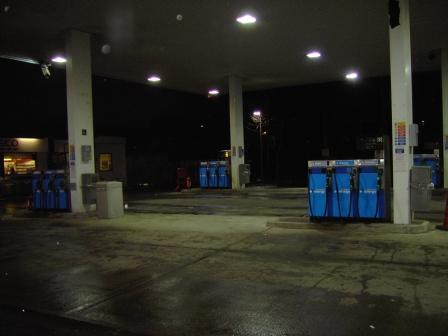 ESSO is a direct contributor to climate change by burning fossil fuels. It still actively looks for more oil. At the same time, ESSO is the last oil company to deny the link between burning fossil fuels and climate change. It has consistently sabotaged international agreements on the issue. Although it announced a £20bn annual profit last week (the largest one in US corporate history), ESSO does not spend a penny on renewable energy.

30 people blockaded the two entrances to the petrol station, using bits of fencing and traffic cones. As a symbol against car culture, three people locked themselves with D-locks to bicycles. Two others were locked to concrete based signs. Two large banners were displayed reading “no.1 supplier, no.1 denier, no.1 profiteer” and “closed for denying climate change”.

Police attended the scene, but were generally supportive. Passers-by and car drivers gave an overwhelmingly positive response, many honking in support.

Media attention was high. Camera teams from both Channel M and ITV Granada interviewed activists. A photo journalist from Manchester Evening News was present. The BBC asked for footage to be sent in.

After two hours, hundreds of leaflets had been given out and the blockaders voluntarily re-opened the station. No arrests were made. 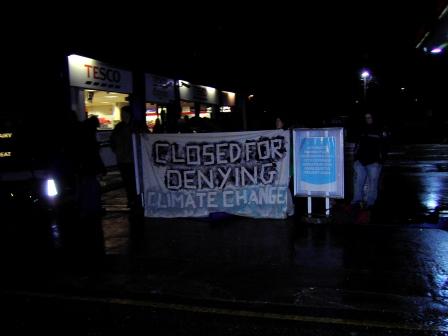 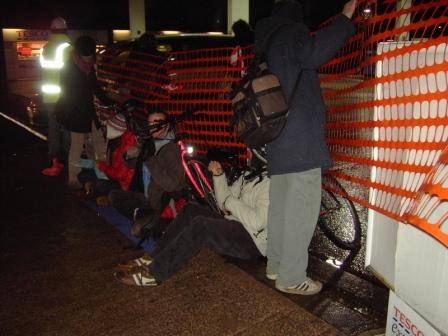 locked on to bikes 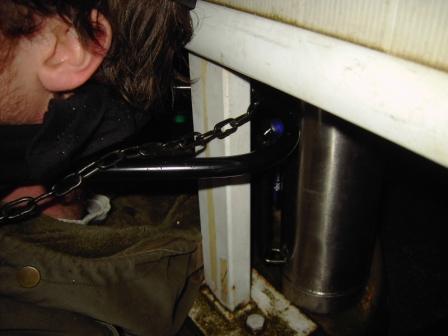 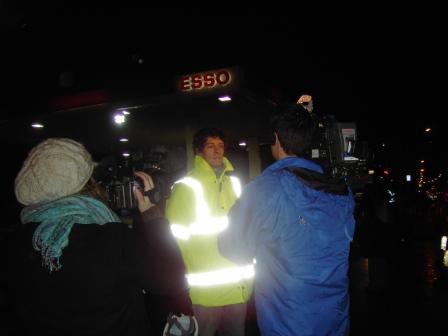 a spokesperson talks to the press 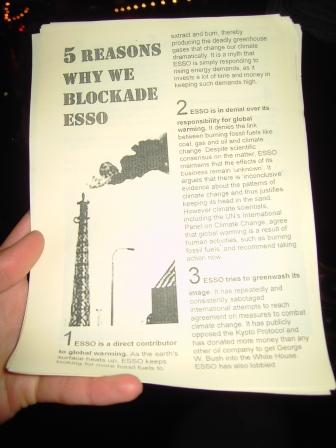 lots of flyers were given out

a few pics of yesterday's action...