First Report from the NoBorders Demo in Harmondsworth

12:35pm. About 250 protesters gathered outside the gates of Colnbrook and Harmondsworth detention centres near Heathrow. Two buses from London, one from Leeds and a number of minibuses from Brighton, Manchester and Reading carried people there despite bad weather conditions. There are also many refugees on the demo: Kurdish, Iranian, Congolese and others.
Protesters are blockading the main entrance at the moment. Quite surprisingly, police presence is very low: about 30 cops. Demonstrators haven't (yet) been 'penned in' or anything. The atmosphere is quite chilled. Loud noise from the Samba Band.

Detainees (especially in Colnbrook) are aware of the demo as they had been leafleted inside beforehand. There are reports that some of those caught with leaflets have been subjected to repressive measures (put in isolation cells etc.). Hopefully the demonstrators will manage to speak on the phone to some detainees inside and get more information.

2:00pm. Protesters are now marching down the motorway and have taken the road.

A few pictures from the start of the demo 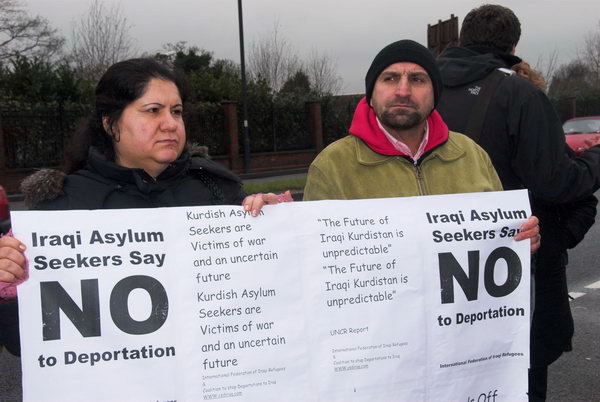 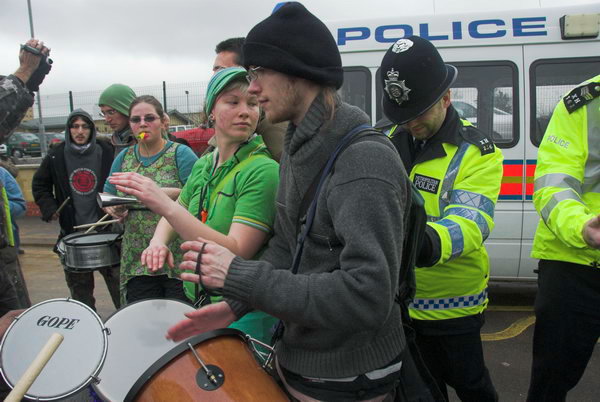 Police push demonstrators to one side to let a car enter 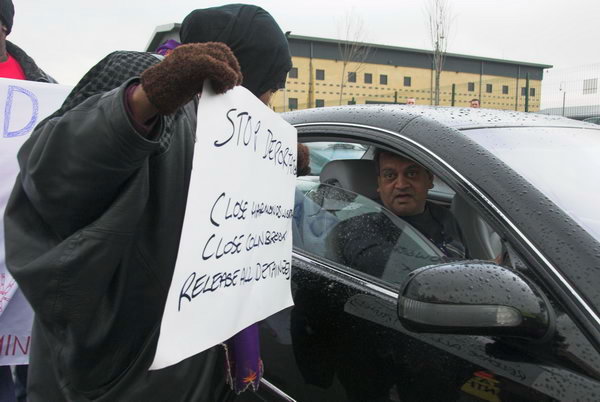 A demonstrator talks to a driver leaving the site 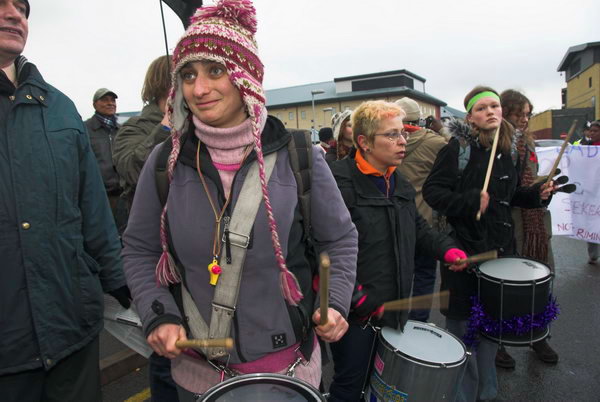 The band made a great sound 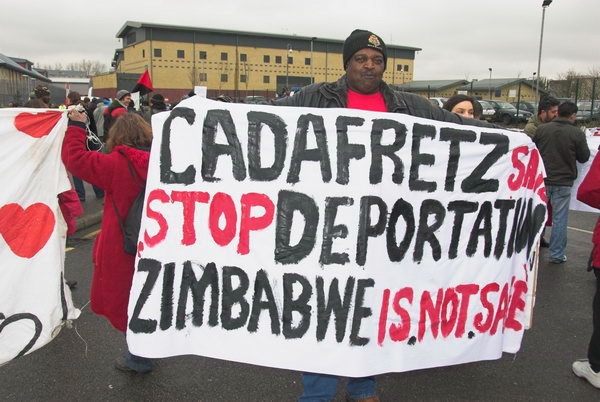 Demonstrator on the A4: Harmondsworth Detention centre in background

I had to leave early, but took some pictures in the first hour of the action. Those inside will doubtless have heard the noise people were making, and particularly the drumming of Rhythms of Resistance, and will have been encouraged by the support.

The police were pretty low key while I was there, and fairly restrained as they pushed demonstrators to one side to allow cars to leave. There was none of the questioning of the media that we've seen at some demos - I wasn't even asked to show my press card.

Most of the demonstrators were in the roadway leading to the two detention centres, but there was a line of banners along the main road (A4) outside the centres.

As usual, I'll put up more pictures on 'my london diary' (