Photos from Harmondsworth and Colnbrook demo

Today about 250 people went to Colnbrook and Harmondsworth detention centres to protest against the locking up, and deportation of migrants and asylum seekers. 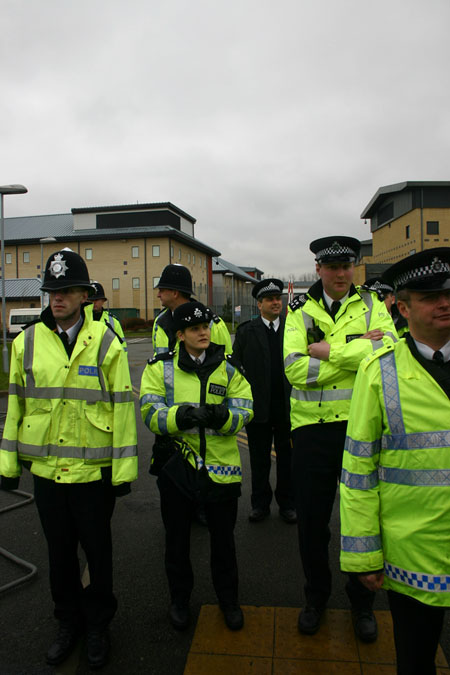 Entrance to Colnbrook and Harmondsworth blocked 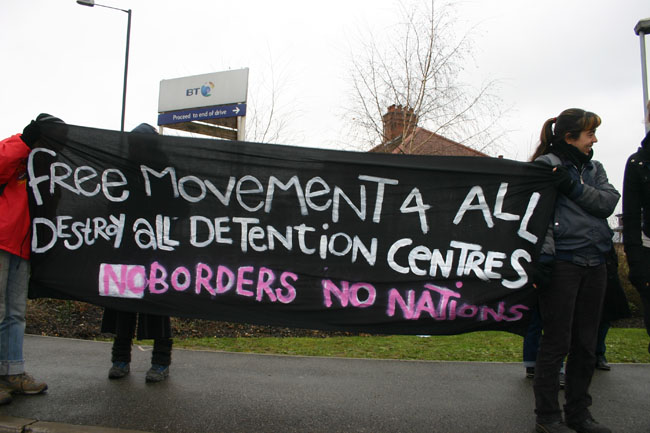 Freedom of movement 4 all 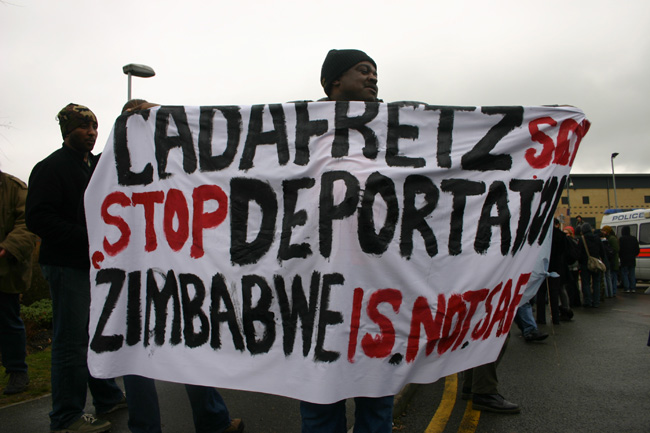 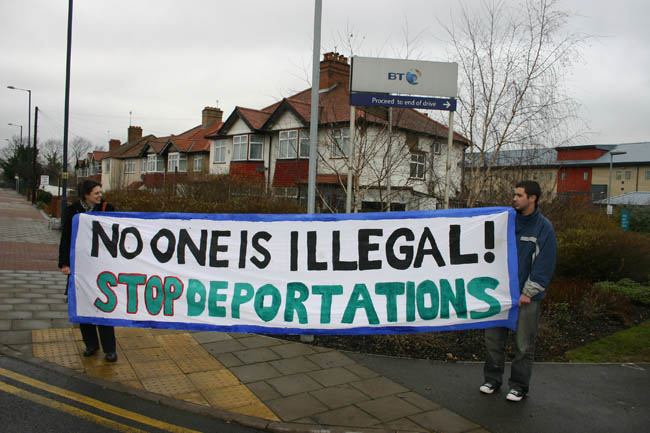 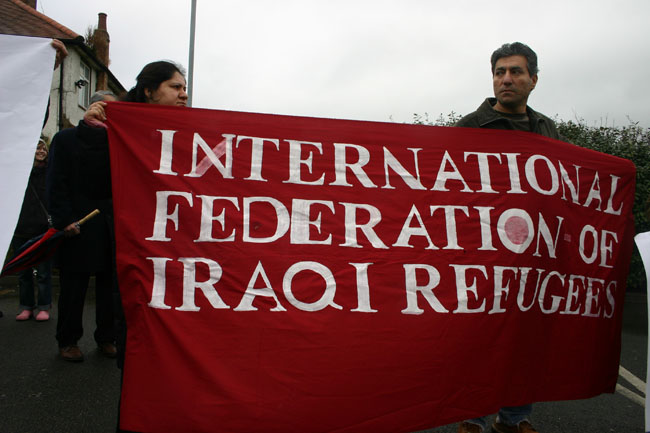 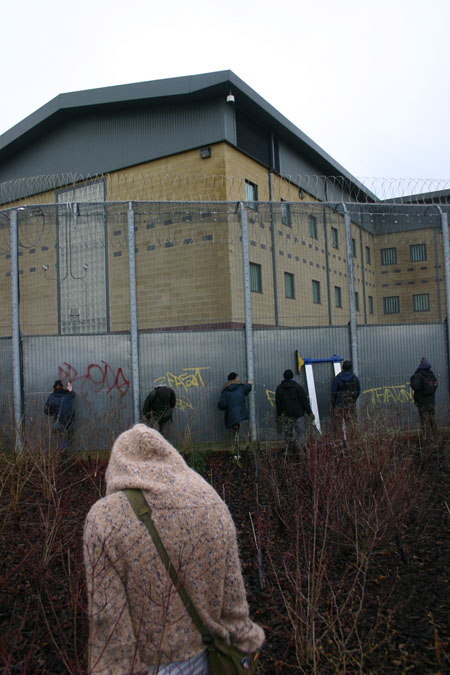 People banging the fence by Colnbrook 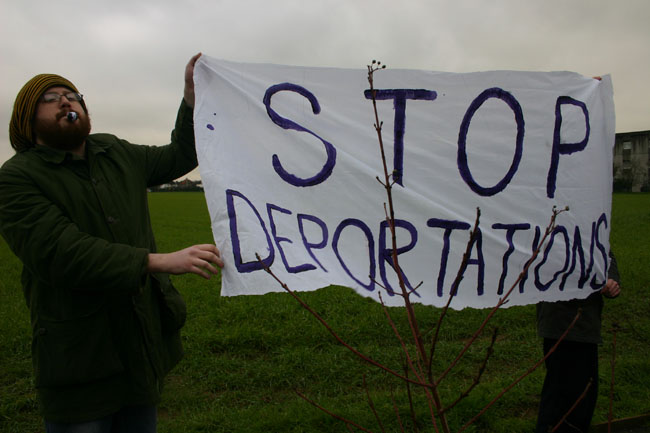 The banner that could be seen from inside the detention centre 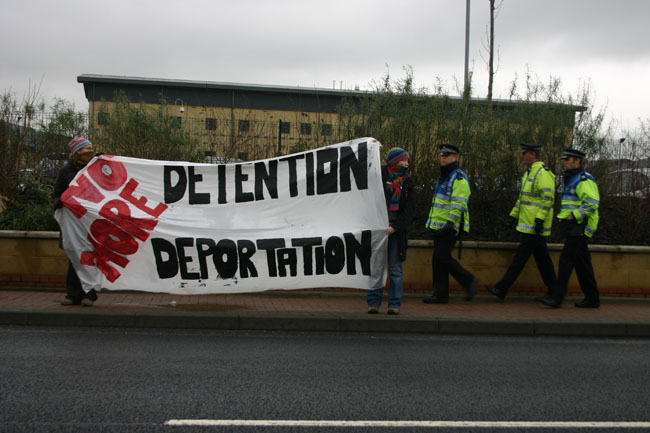 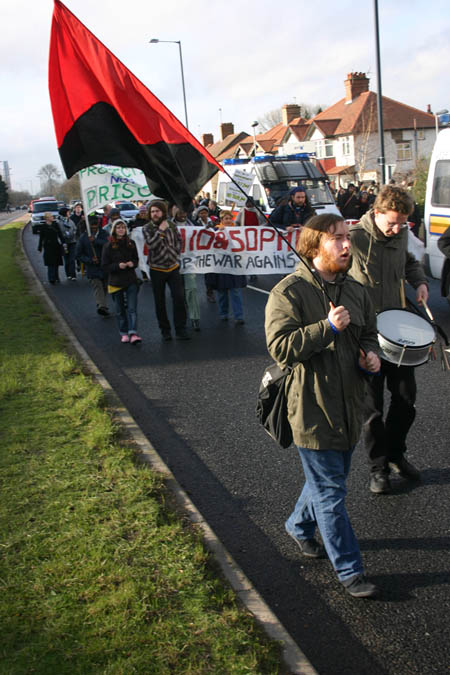 March leaving at about 1.30pm from detention centres 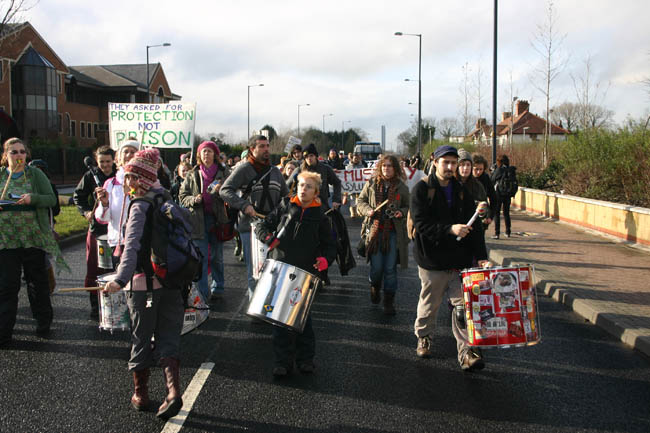 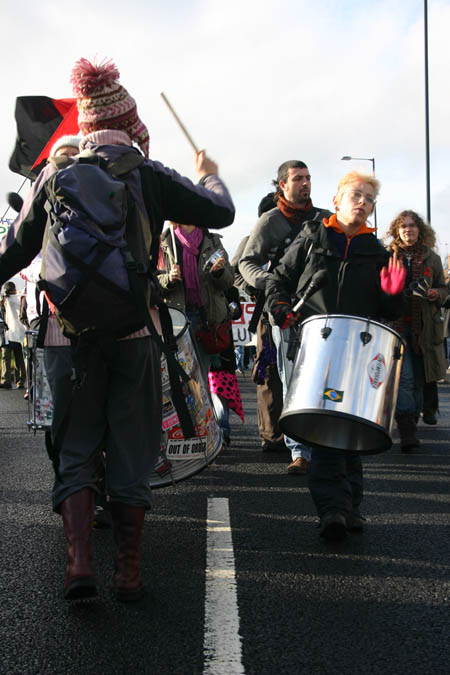 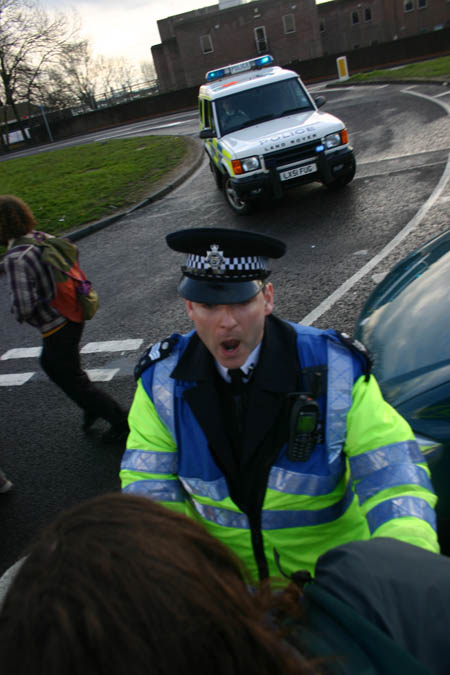 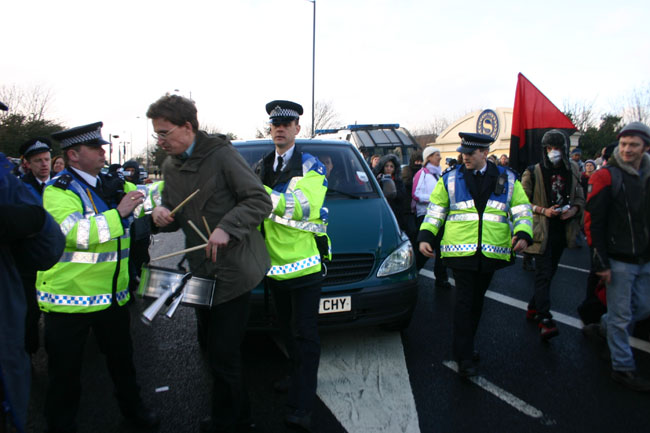 and his friends join in... 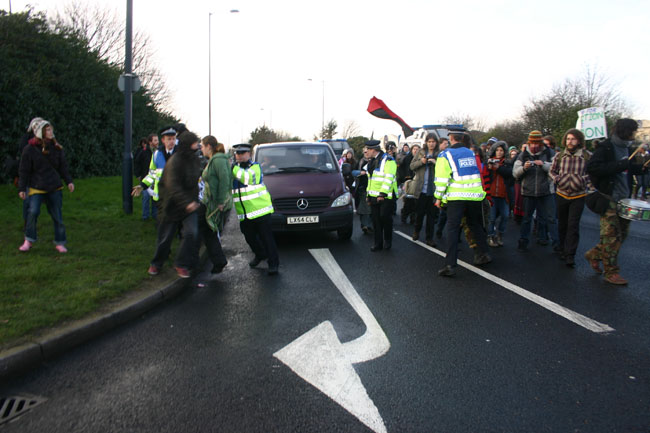 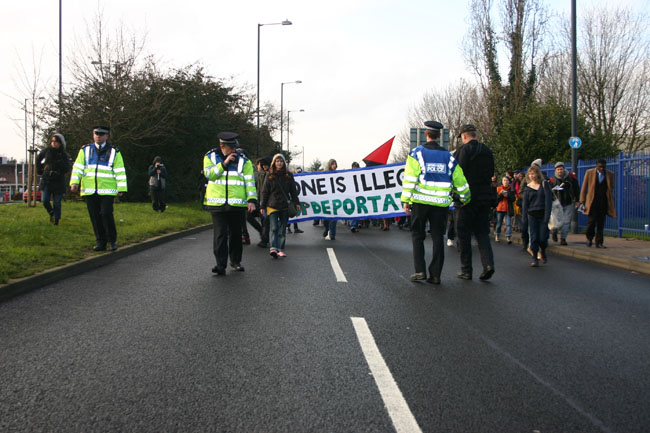 The call for backup is made... 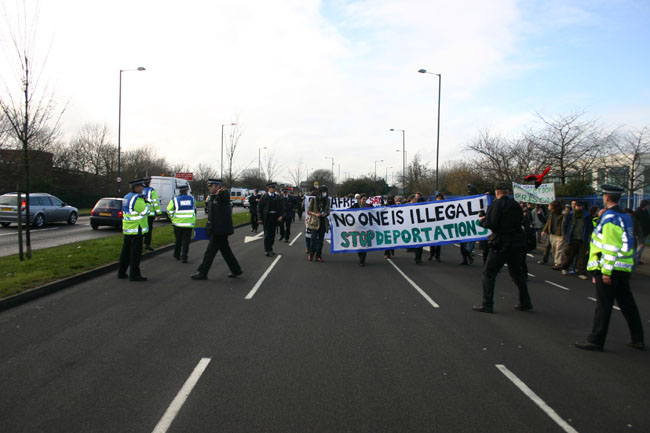 and backup arrives soon after! (Though we're all heading home)

This is a brief outline of events I saw... I didn't see much of the speechs, so hopefully others will be able to put their images/ film/ reports about those later
---

The day started off dull and drizzingly, but thankfully had stopped raining by the time everyone arrived at Harmondsworth. The police initially tried to get everybody into a police pen, but due to their only being around 30 police throughout the day no-one paid particular attention to this, and by midday people had occupied the main driveway into the detention centre.

Early on, at around 11.45, some people went down the public footpath running past Colnbrook to get closer to those imprisoned inside. People banged on the fences, chanted and held up banners for people inside to see. For their part they waved back and chanted too (though unfortunately it wasn't audible from where we were standing). After about ten or twenty minutes the police dispersed people, though not before stop and searching a couple of people for being either a 'card carrying WOMBLE' or a 'known anarchist', which I guess probably are crimes nowadays.

For the next hour or so there were speeches and announcements from people involved in solidarity work, those who had been held in detention centres, and those who had friends who were still inside. There was also some oppurtunistic politicians who used the space to try and get people to join Labour, which seemed slightly incongorous with the event.

At around 1.30pm the samba band, and others decided to march onto the main road that runs past the detention centre. There wasn't much the FIT team and other constables could do under the circumstances and allowed everyone to march off. After about ten minutes though something snapped in FIT officer XB-92 who started throwing his weight around pushing and pulling anyone who got in his path. Never wanting to miss out on good old fashioned police aggression his friends joined in. Within a couple of minutes around 50 other TSG police constables arrived. Though they all looked fairly ridiculous when they realised we were just marching back to our coaches to go back home; rather than starting the revolution in Heathrow.

Elsewhere on the day other people were showing solidarity with those being occupied by Israel at Carmel-Agrexco - more details are at: