To celebrate the McLibel Human Rights Victory Anniversary, there was a small demo on Thursday 15th February, 5pm - 6pm at Exchange Walk, Nottingham 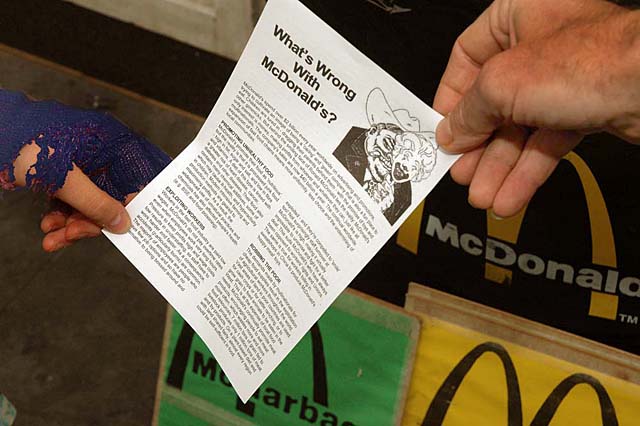 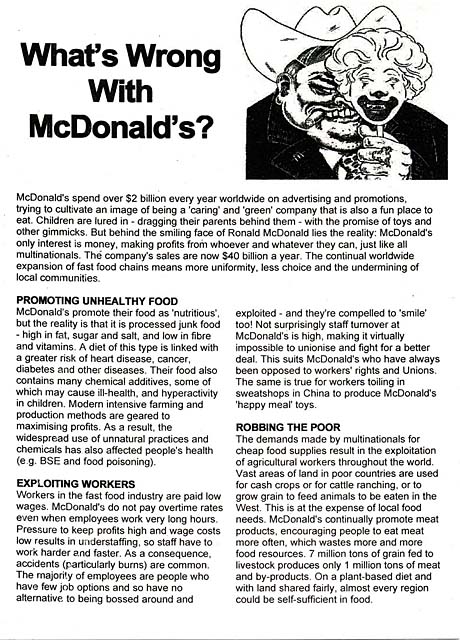 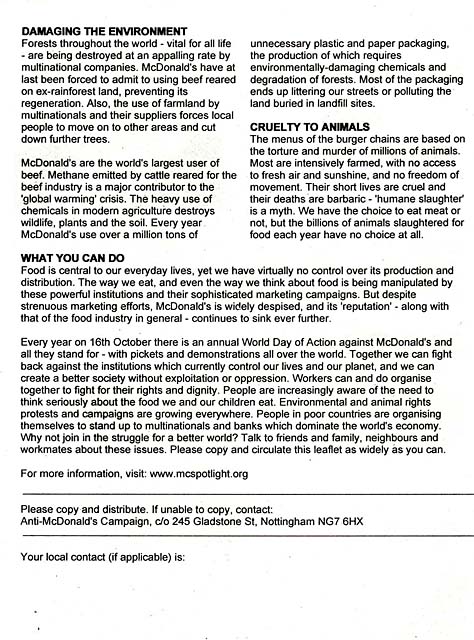 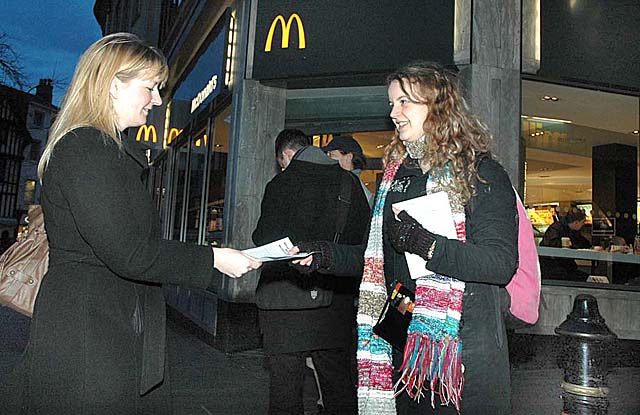 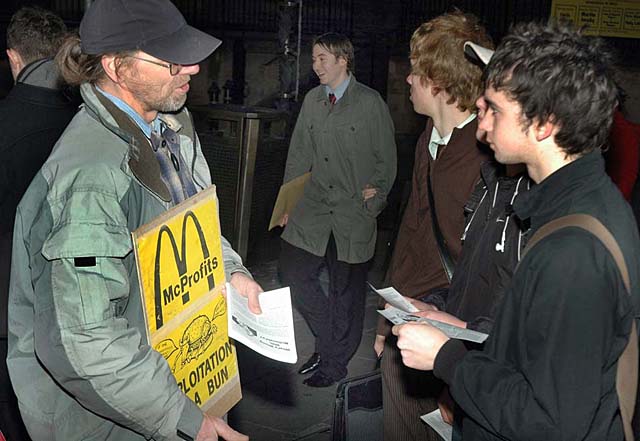 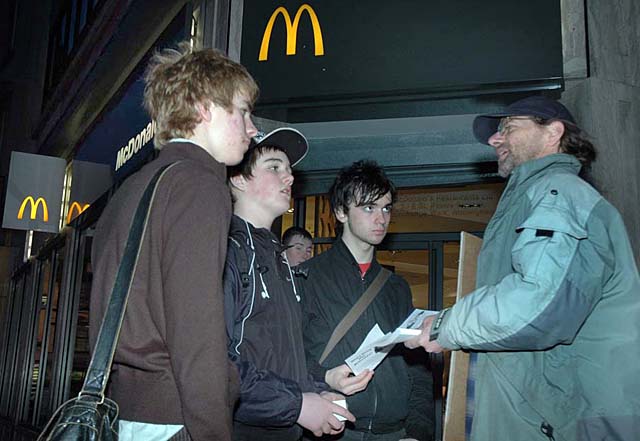 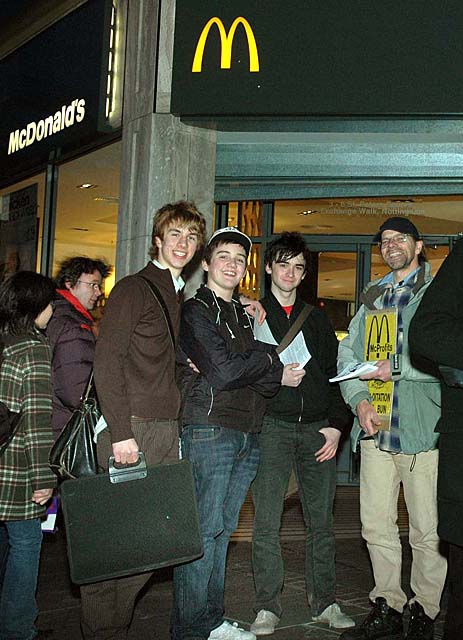 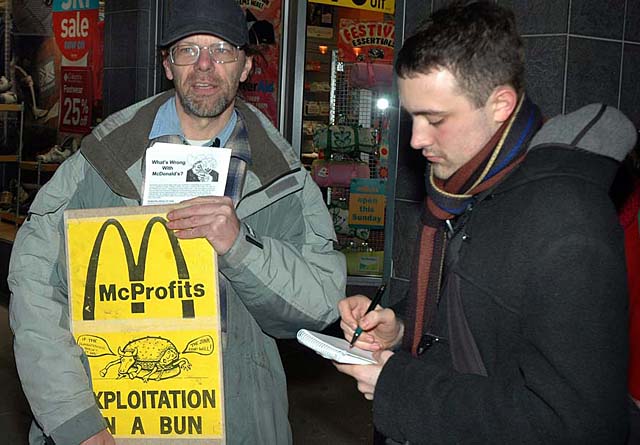 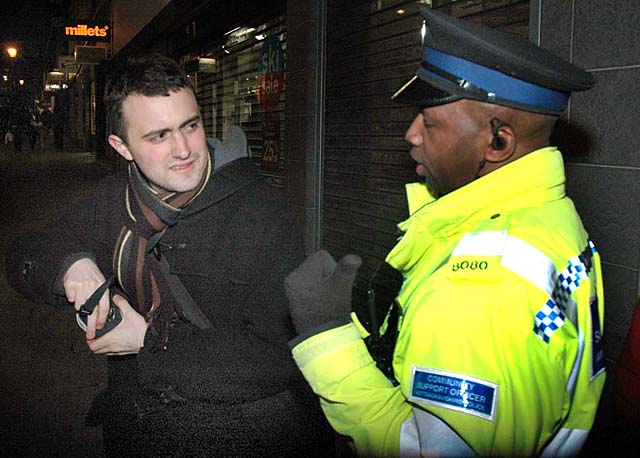 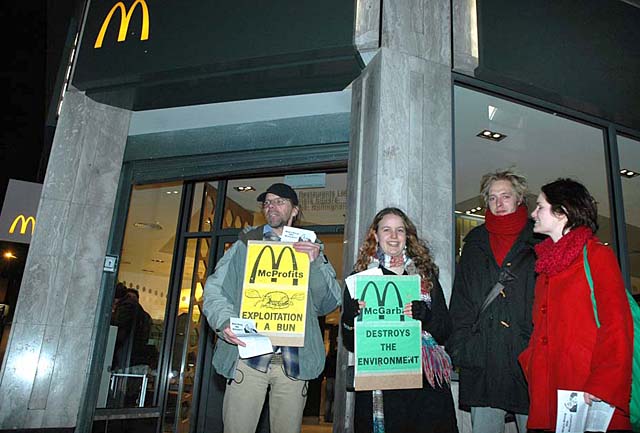 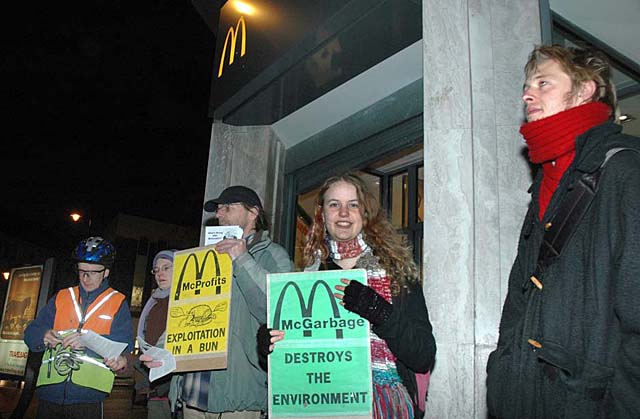 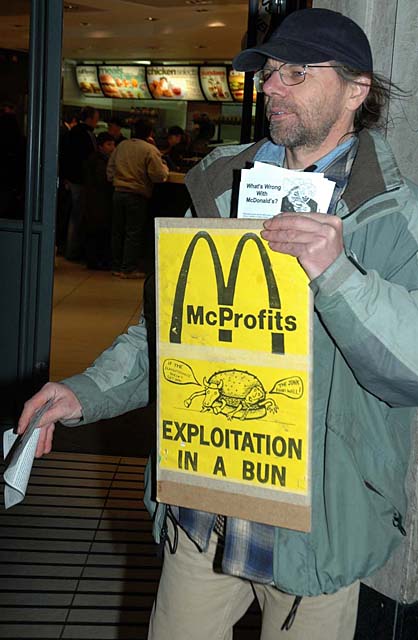 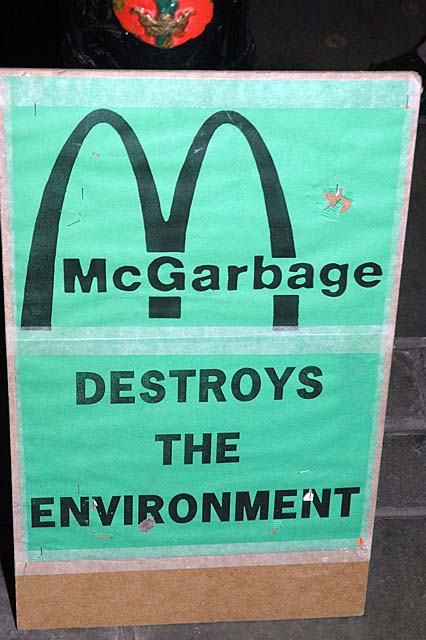 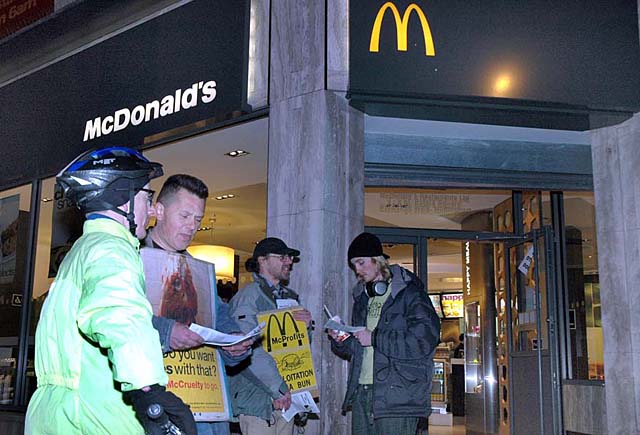 To celebrate the McLibel Human Rights Victory Anniversary, there was a small demo on Thursday 15th February, 5pm - 6pm at Exchange Walk, Nottingham


The European Court of Human Rights in Strasbourg declared that the notorious and long running McLibel case was in breach of the right to a fair trial and right to freedom of expression, thereby voiding any solace that McNasty may have enjoyed from the trial.

The Court ruled that UK laws had failed to protect the public’s right to criticise massive corporations whose business practices can affect people’s lives, health and the environment.

Meanwhile after spending £10 million to suppress free speach, McDonalds find that the most widely distributed protest leaflet ever, continues to be distributed worldwide... I include a copy, for your interest!


As ever, when a protest is involved, there is a uniform nearby that has to get involved. Bless, they can't help it, can they. This being a Community Protection Officer [half-a-constable] .... he had taken it upon himself to tell a student journalist that he couldn't take pictures that included him! The student was attracted by the fact that someone had given the officer a leaflet and he was reading it.

Yet again, an officer abusing and exceeding his authority in intimidating people from doing something they are legally entitled to do, namely to take a photograph in a public place. I interceded pointing out that it was so allowed, and that he should leave him alone.

Meanwhile, it was a productive event, with many leaflets given out, and many folks interested in the issues being highlighted. Cheers to those that turned out on a cold and windy evening. Nice one!


Much more info at:

and if you want to know yet more about the alternatives ..... please contact:

Also, check out some previous postings, on this issue.

Nottingham Day of Action against McDonald's

Nottingham's part of the Worldwide Day of Action Against McDonalds

Also, have a look at the newly created Notts audio section.

As well as being two years after the European Court of Human Rights put an end to the McLibel case, it turns out that it is twenty years ago that Nottingham catering campaigners, Veggies, saw off their own threat of libel action by McDonalds.

As quoted in the McLibel Trial:

"Veggies Ltd reprinted the Greenpeace (London) 'factsheet', adding an additional page highlighting the conditions in which cattle are slaughtered, and a page of information about the work of Veggies. The factsheet otherwise contained exactly the same information as that published by Greenpeace (London), which (was) the subject of the ... libel action .

"In 1987 Veggies received a letter from McDonald' s solicitors demanding that Veggies publish a correction and apology. Following correspondence, Veggies agreed to make minor amendments to the factsheet, in the rainforest section, and to the heading about animals. Since that time Veggies has continued to publish the same factsheet and have received no further communication from McDonalds, or their agents, to indicate that they have any further concern about
the factsheet."


See also reference to 'Veggies Agreement' in the ruling of the European Court of Human Rights: