Public spirited citizens point out climate crimes in Bradford city centre. You can do the same in your area! 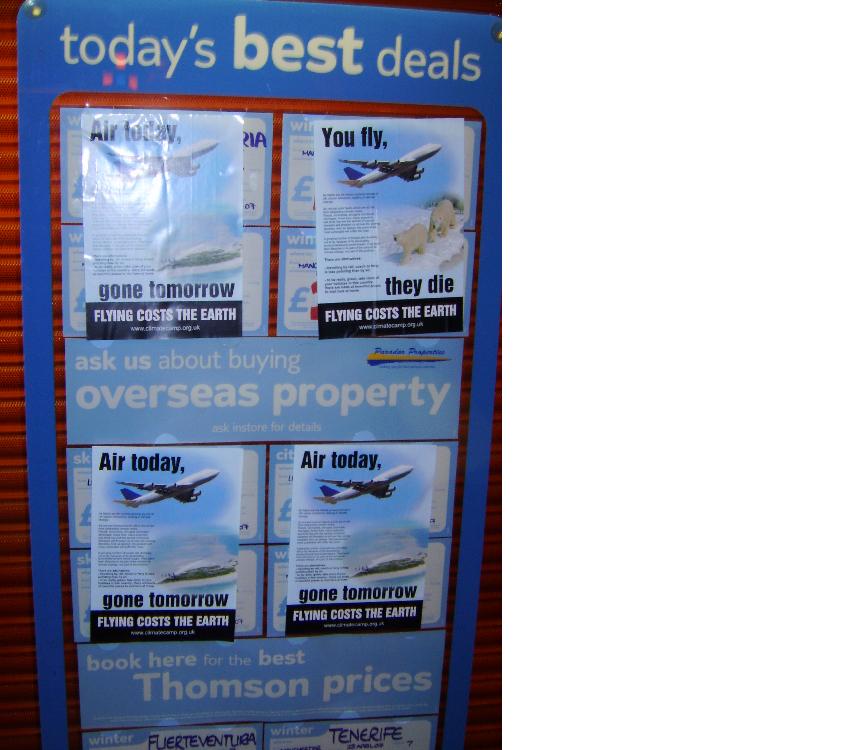 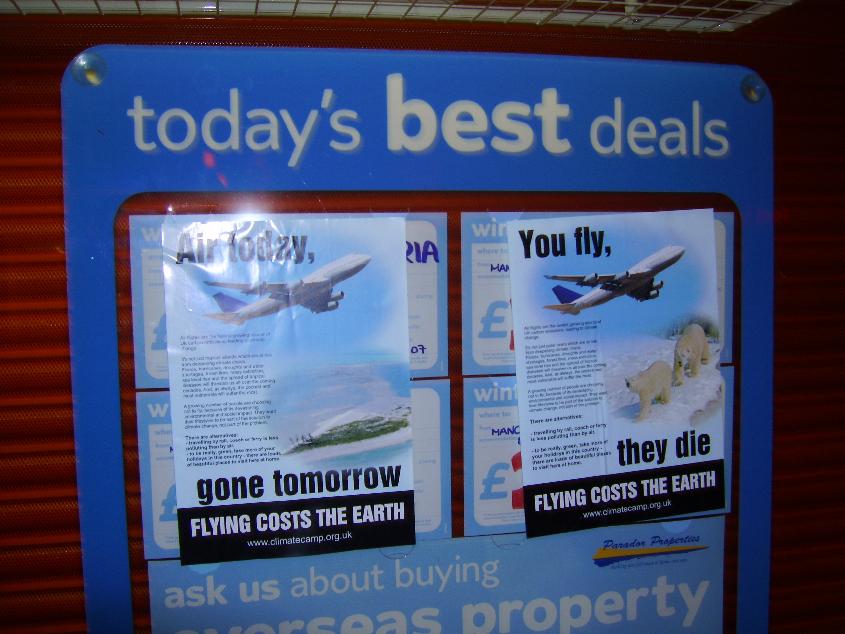 On Wednesday evening, a number of concerned Leeds and Bradford residents decided to draw attention to the activities of a number of climate criminals in Bradford city centre. Advertisements for damaging air flights were modified to tell the truth; that flying is the fastest growing cause of climate change, the “single greatest threat to human-kind” according to the government’s chief scientist.

Despite assurances that climate change is being taken seriously by any number of politicians or business people, the fact is that new runways are planned, motorways are being expanded, and pipelines being built to increase our dependence on fossil fuels. In the face of this hypocrisy, it was clear that the time had come to make a direct statement that irresponsible criminality of this kind will not be tolerated by sane and moderate people.

Several travel agents, shamelessly plugging massively destructive air flights for profit, had their misleading window displays obscured by handy stickers which made plain the true cost of flying. Those people taking part in this vital service did so as a way of encouraging others to stand up against the climate criminals and carry out similar public-spirited actions in their areas. The stickers used are available at a cost of 50p each to anyone who wants them – just email

trees@riseup.net with your order. The stickers are just £10 for 20, post free!

There is still time to prevent runaway climate change but we must act now.

Part of that action must be to expose the ongoing activites of those who wish to destroy the planet for profit. Clearly, we can’t leave it to business and government to sort out the mess – they are the ones making it because of their bizarre obsession with an economic system based on continual growth and unsustainable consumption.

The rich are plundering the Earth, and as always the poor will suffer the worst. We can all act in our lives, and join together to create a radical, and ultimately reasonable and moderate, movement for social change and climate justice.

This action was inspired by the Camp For Climate Action, which seems to have been a new beginning for the fight-back by reasonable and moderate people against the climate criminals and profit-terrorists who seek to kill us all.