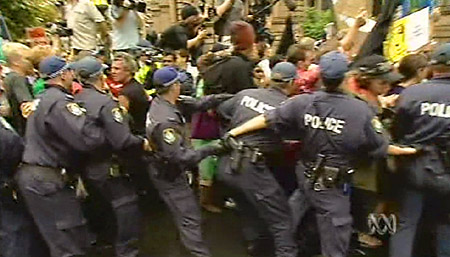 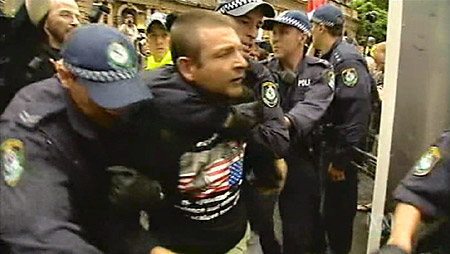 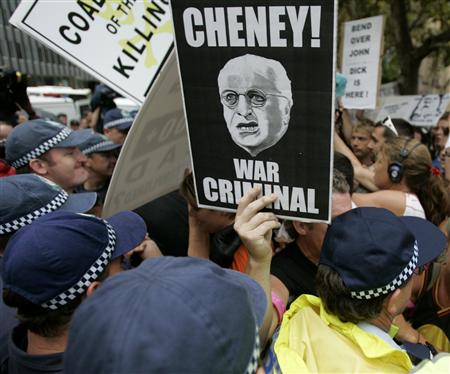 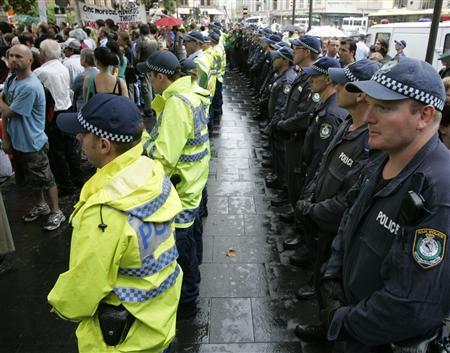 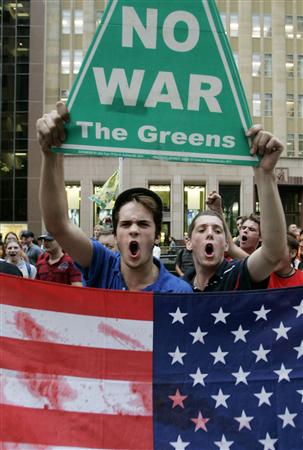 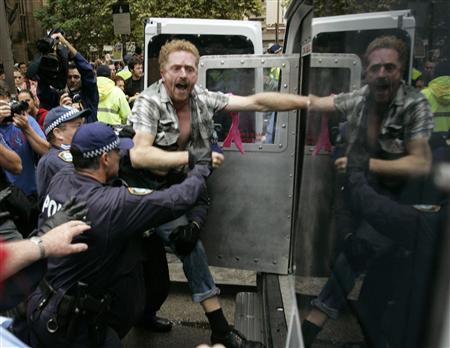 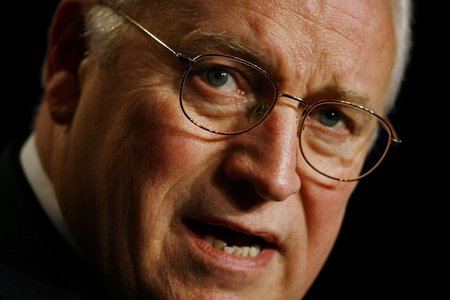 According to ABC News, ten people have been arrested in Sydney during the War Criminal Welcoming Party for US Vice-President and chronic warmonger Dick Cheney. About 250 people were protesting peacefully against the Iraq war and the treatment of David Hicks when they decided to march...

NSW Deputy Police Commissioner Terry Collins had refused to allow a march on the grounds that it would cause unacceptable disruptions to people and traffic in the central business district. However the march did not go very far, as there were dozens of police at Town Hall. Police lined up two-deep to stop the protesters getting to George Street.

A heavy-handed police presence, including officers mounted on horseback, ringed the protesters in an attempt to disrupt the demonstration, some of whom also squabbled with the peaceful citizens. According to the ABC ten people were arrested.

Cheney will be the most senior American visitor to Australia since President George W. Bush addressed the joint houses of parliament in Canberra in 2003. On Saturday, Cheney will talk to Prime Minister John Howard on the US Administration's decision to send a new "surge" of 21,000 combat troops to Iraq.

Cheney, 66, will also meet the leader of the opposition Labor Party, Kevin Rudd, who has pledged to withdraw Australia's 550 combat forces from Iraq. "This war in Iraq represents the single greatest failure of Australian national security policy since Vietnam," Rudd said late on Wednesday.

Cheney's visit comes at an awkward time for Howard, who has slumped to his lowest opinion poll rating in six years, fuelled in part by public opposition towards the war in Iraq and anger over the fate of Australian drifter and former kangaroo hunter from Adelaide, David Hicks, who was captured in Afghanistan with the Taliban in 2001 and handed over to US soldiers. Hicks who has been jailed in Guantanamo Bay for over five years without charge or trial.

A recent opinion poll revealed that nearly 70 percent of Australians either want an immediate pullout from Iraq or at the very least for the government to set a date for troop withdrawal.

Last week, the government agreed to host a ground station for a US military satellite communications system on a remote stretch of desert coastline in Western Australia.

"We think it is time for Howard to say enough's enough to the man who more than anyone is responsible for creating the Iraq disaster on the basis of distorted intelligence and inflated dreams of remaking the Middle East," declared The Sydney Morning Herald in an editorial on Thursday this week.

There will be a protest Friday outside the five-star Shangri-La Hotel, where Cheney will give a speech on US-Australian relations.