a night celebrating resistance of the occupation of palestine, featuring a showing of the film Arnas Children. 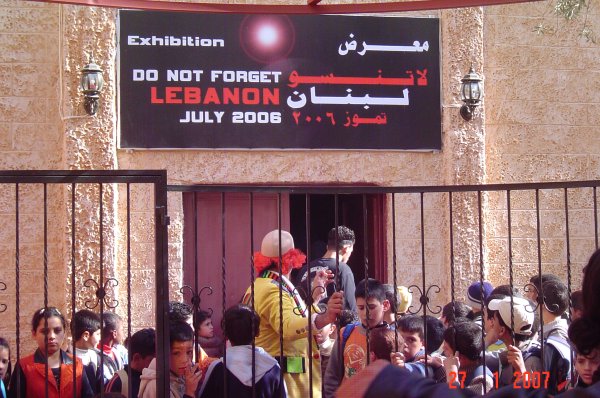 * 7:30pm: Arnas Children
is a documentary, filmed over nearly 10 years in jenin refugee camp, that tells us interwoven stories and perspectives, live and direct!
Although there are many stories here,
the film is focussed on that of Arna a jewish woman bringing creative arts to groups of boys and girls in the camp. it is also the story of the theatre that was built, destroyed and built again and the story of what happened to Arnas' children.

Followed by backchat: Matt talking about his travels in the West bank in January.

donations from this night are going to PPC's 2007 circus tour of Palestine. More info displayed and presented on the night and see for yourselves at -