Saturday afternoon, the 3. March 2007, a big demonstration with around 2.000 participants draw from the square in front of the City Hall to Nørrebro to express their support to the fight for Ungdomshuset in Copenhagen.
They were all there : The black dressed and the punks, mothers with prams and the eternal vagabonds, mature women with handbags and powder on their cheeks and old veterans with silver in the hair. 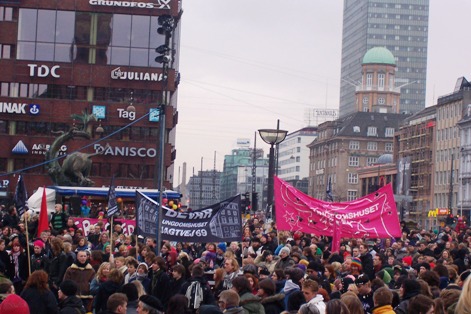 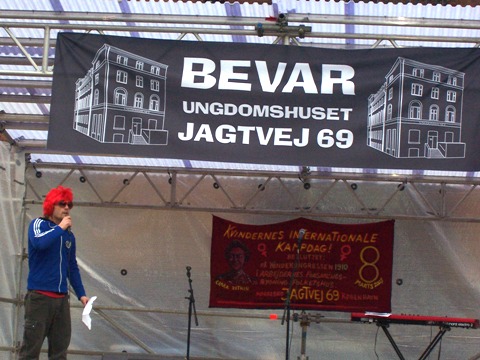 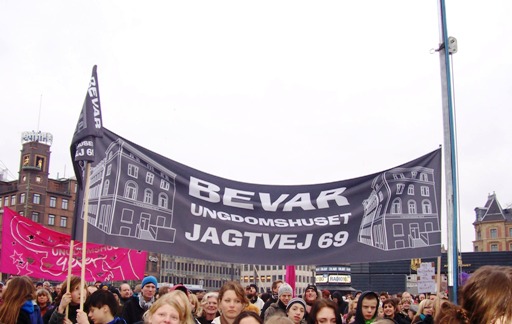 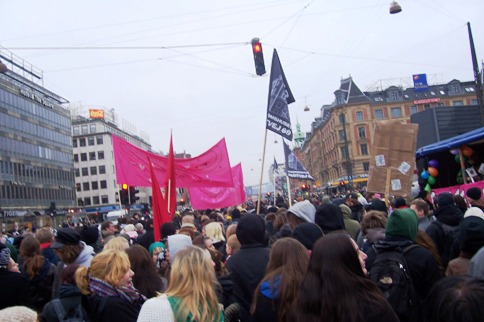 Two demonstrations from Vesterbro and Christianshavn gathered in front of the City Hall to listen to speeches and music. A speaker from Ungdomshuset said : “ Now it is NOT the time for quarrel. We must respect each other and be good towards each other – everybody can join the fight in the way they like. Make a civic restaurant so that people can meat and get creative ideas, take part in the reclaim-the-streets on Tuesday 16 o’clock, support the group which helps the arrested and imprisoned comrades – use all your imagination and creativity and take part in the Thursday demonstrations, which will take place each Thursday at 17 o-clock except 8. March, The International Women’s Day, where it take place at 18 o’clock instead” , said the speaker from Ungdomshuset.
He got the biggest applause when he called for solidarity with the hundreds of arrested and imprisoned comrades.

Three good musicians played John Lennons “A working class hero” – and then the demo draw on direction Nørrebro. Slogans as “ Police, control create more violence!” were heard in the streets and here and there banners hangs out of apartments to express citizen support to Ungdomshuset. Around 18.30 the demo ended in a party in the park of Nørrebro. Small groups moved towards inner Nørrebro. 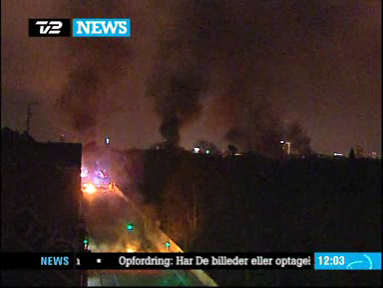