Pix of Hackney Save NHS Demo

March to Homerton Hospital and rally outside Hackney Town Hall, part of Save the NHS day of action, Saturday 3rd March. 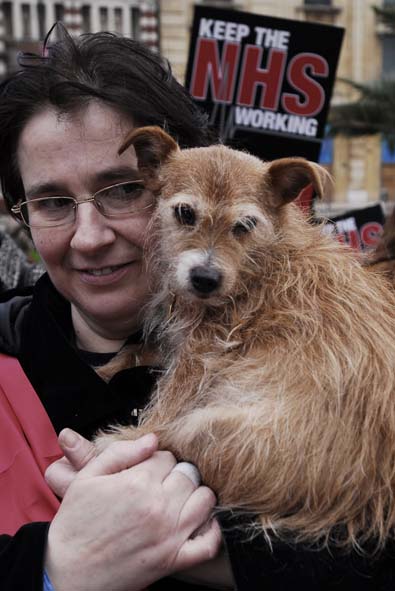 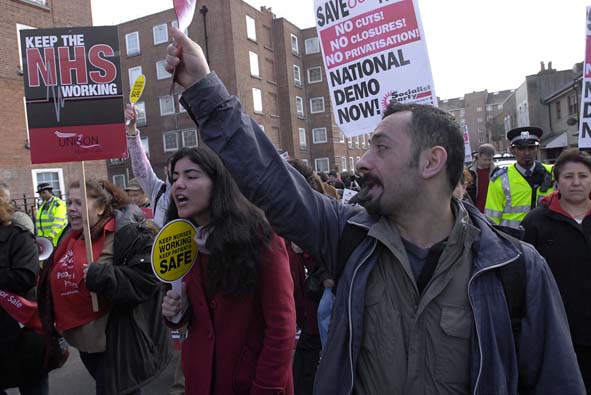 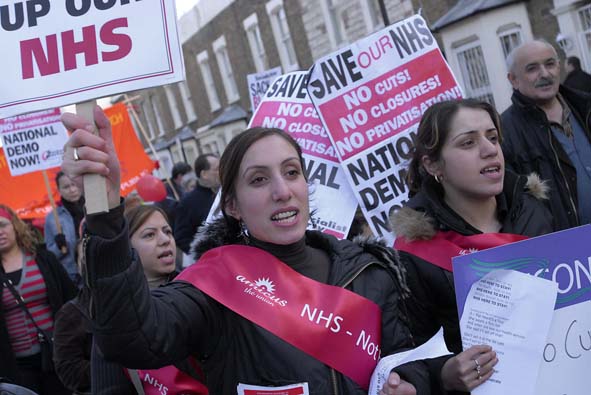 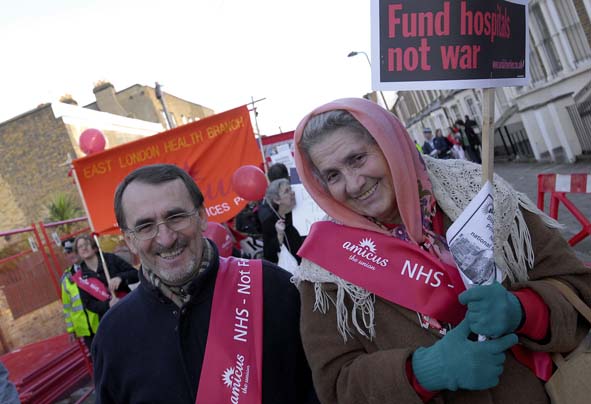 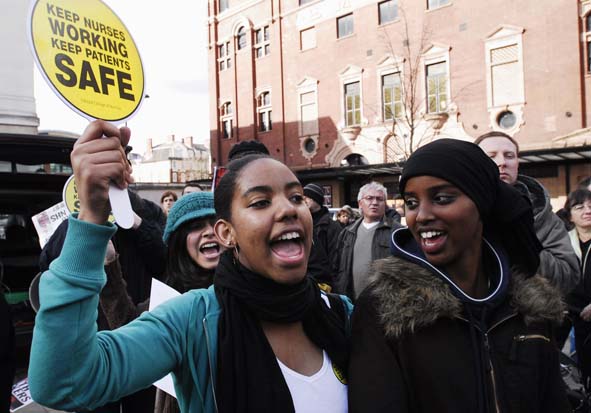 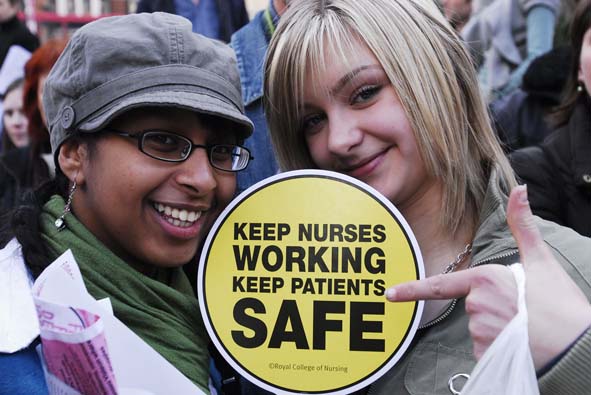 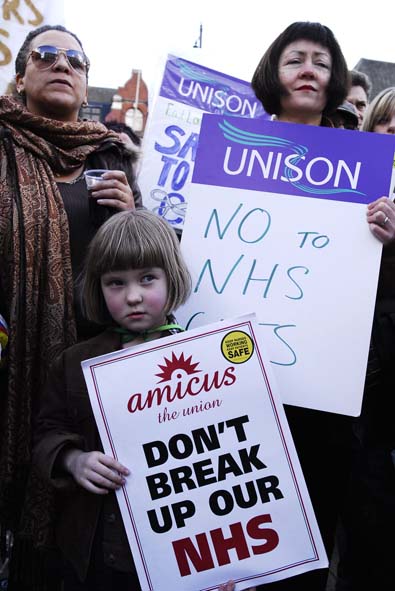 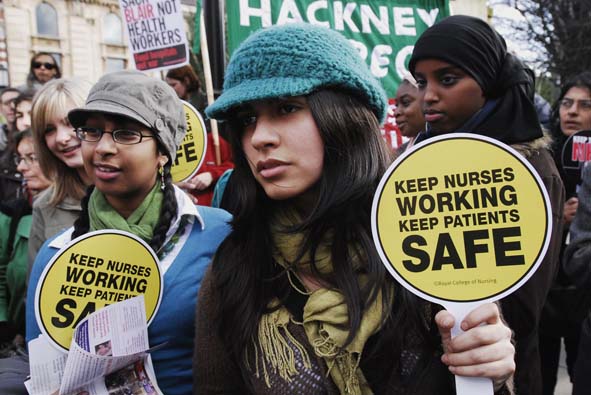 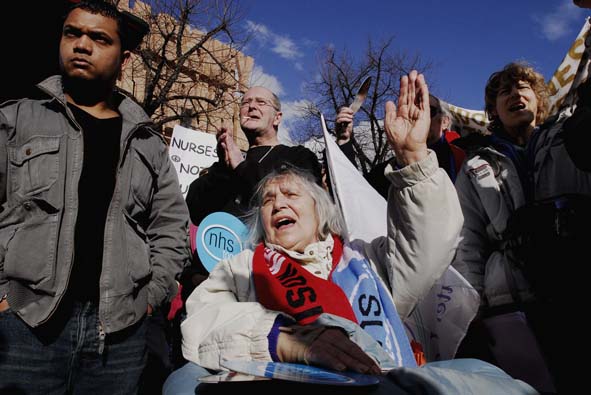 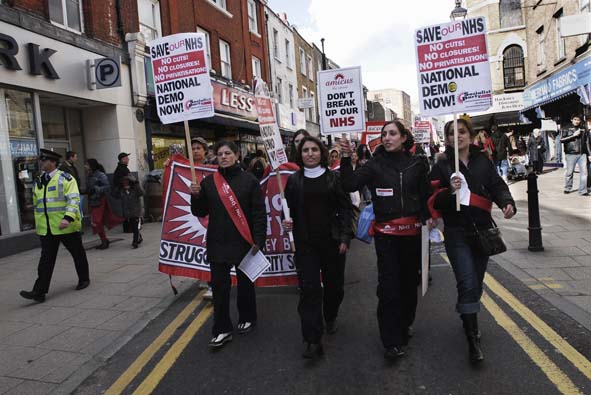 FIT team on the Save NHS demo 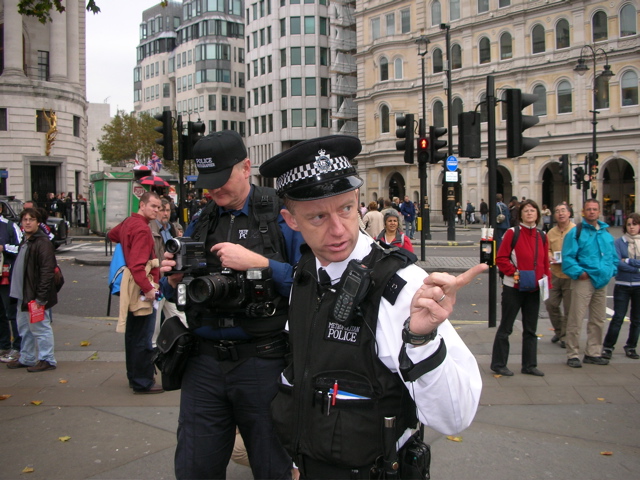 FIT officers on Save the NHS demo

Here's a picture of two of the Police Forward Intelligence Team that were taking photos of and videoing the protesters on the Save the NHS demo on Saturday. They seemed particularly fixated on getting snaps of the samba band, who are obviously a threat to capitalism or the national security in the demented minds these guardians of public order. Or could it be that they just like to intimidate people making a peaceful protest?

Whichever it may be (go figure!) , the one in the flat hat got really flustered out when members of the crowd responded by filming and photographing him and his mate and started lashing out and shoving people about.