the 'defence export services organisation' is a government department that directly promotes and subsidises the uk arms export business. with nearly 500 civil servants, it is unique in its support for a particular sector of british industry and with its use of taxpayers' money to protect the huge profits of private business engaged in the proliferation of weapons around the world 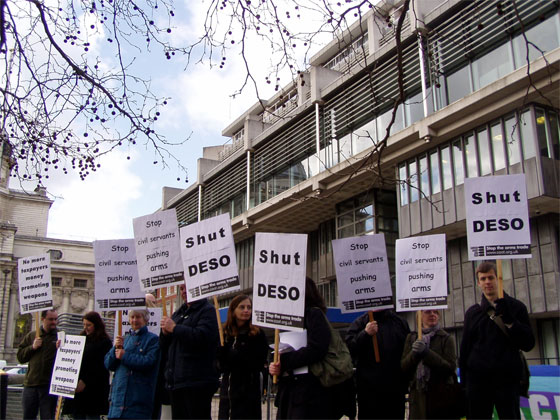 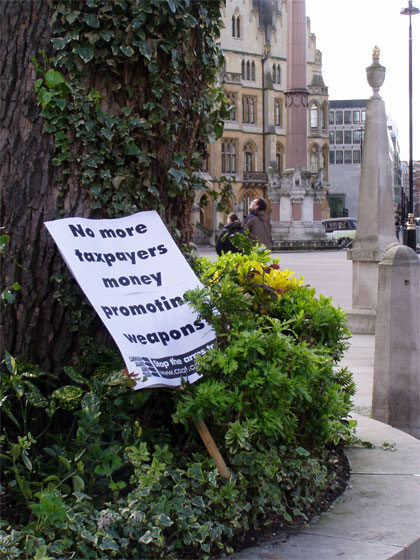 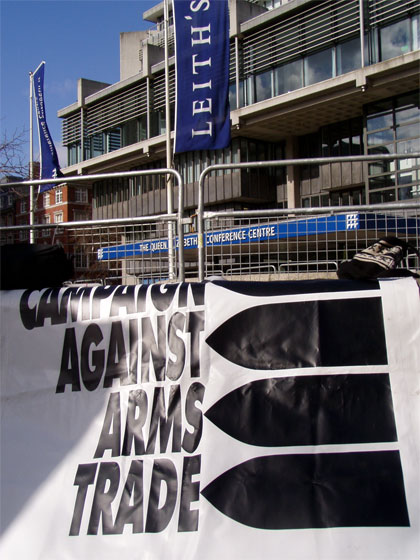 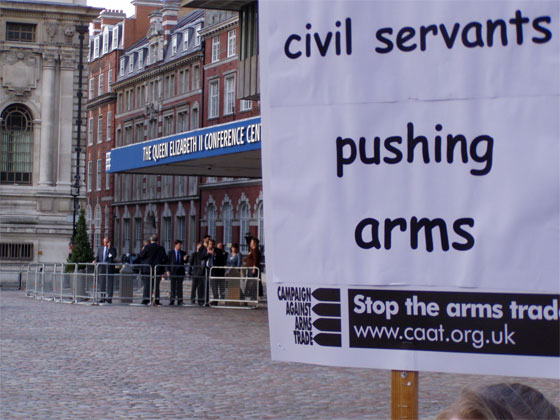 the arms pushers come out for a fag break 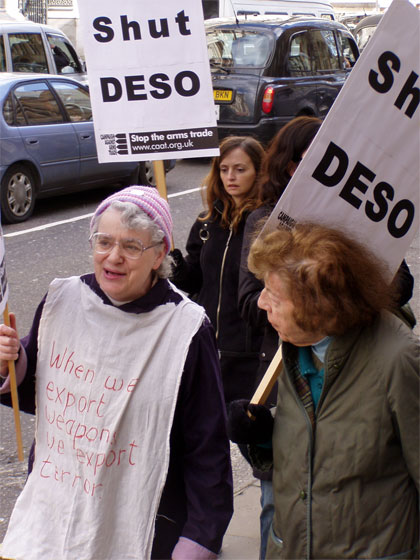 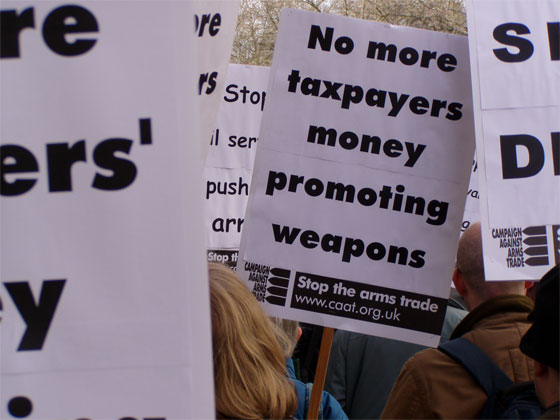 ...towards the treasury office 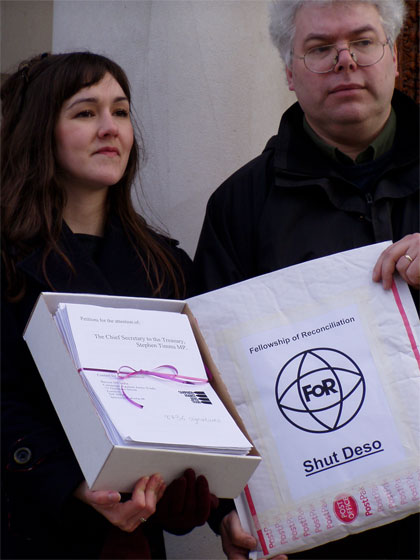 the government's own website proudly proclaims that "the successive customer satisfaction surveys revealed that over 75% of [arms export orders] would not have been achieved without the assistance of the DESO". the department, under an 'export credit guarantee' arrangement, underwrites any deals between british companies and dodgy regimes liable to avoid payment. indeed, the british taxpayer ended up shelling out for around 90% of the arms that british companies sold to saddam hussein before the invasion - yep, our taxes paid for saddam's weapons of medium destruction!

even the daily telegraph (not known for its liberal views) called for the closure of deso in an article today. their take is actually a free-market one that is against the distortion caused by subsidy, but nevertheless, we all agree this department should go.

the queen elizabeth conference centre was the venue today for a deso 'symposium'. another chance for the gun runners to lobby and schmooze. so 'campaign against the arms trade' organised a picket outside the centre this morning, and then proceeded to the treasury to hand in a petition of nearly ten thousand signatures calling for the closure of deso.