This Thursday March 8 in Athens and Thessalonica, two great demonstrations took place at the time when the Parliament voted the new law -cadre. In Athens, 40.000 demonstrators were in the streets, 5000 in Thessalonica. The demonstration of Athens was regarded as the main event and gathered demonstrators from all of Greece. That of Thessalonica was more local and gathered students from the city itself and north of Greece.
University professors were also present with the students, whose trade union (POSDEP) has been in strike for 5 weeks, but also of the representations of primary and secondary education teachers, pupils, parent organizations and several sectors of the industry.

This great human river which flooded the streets of Athens during more the 6 hours, once more, showed that the struggle against the law -cadre and the revision of article 16 is not in the hands of a minority. The political message was clear as the central banner of the National Committee of Coordination of the Students’ Struggle “It is the struggle of all the people. For a public, free and of quality education”.

However this massive proof of dissension frightened once more the government which ordered with its police force (in uniform and not) to behave like true wild men. It is usual for the police to use force in demonstrations: teargas grenades, pepper spray and physical force. However this time, it behaved extremely violently, it made uncontrolled use of teargases, it even used asphyxiating gas, fire bombs (for the first time) and the indistinctively hit passers by.

The justification for this behaviour was the action of the “hooded people”, in the head of the demonstration, who threw stones and “cocktails molotovs”. However none of these were arrested. Police forces used them a pretext to break the demonstration and to make arrests. Within the movement the question is posed if these “hooded people” are police forces or people from the movement? And even if they belong to the movement, can one tolerate their actions considering its results?

In any case the Greek anti-riot police force (MAT) and the Minister for Justice, B. Polydoras, received congratulations by the government for the 61 arrests and the “effective” answer to the “anarchists”. It is important to stress that the 61 arrests are the result of two attacks by the MAT in the demonstration. The first at one block of students from Crete and the second at one block of students from Thessalonica. Both had strictly nothing to do with the “hooded people” since these blocks were at the end of the demonstration and the “hooded people” where mainly at its head. Moreover 49 of the arrested students have ridiculous charges: “disturbance of social peace”, “organization of terrorist group”, “attempt to release a prisoner”. All leftovers of time of the dictatorship in the 60s-70s.
The law-cadre was voted. But the students, the professors, the KKE and Synaspismos say “Your law clearly will never be applied. We will oblige you to withdraw it”.
The occupations continue, the demonstrations against the law-cadre, the revision of article 16 and police repression take place the every day in all the Greek cities, blockings of streets, concerts in support of the struggle of the students, new General Assemblies to continue the struggle are continuously organised…

Everyone feels the breeze coming from France… this movement can and wants become the Greek version of the anti-CPE movement.

Meanwhile a new national demonstration for free and public education is taking place in Athens on Thursday 15th of March. Will we be the witnesses of a new savage attack on by police forces? 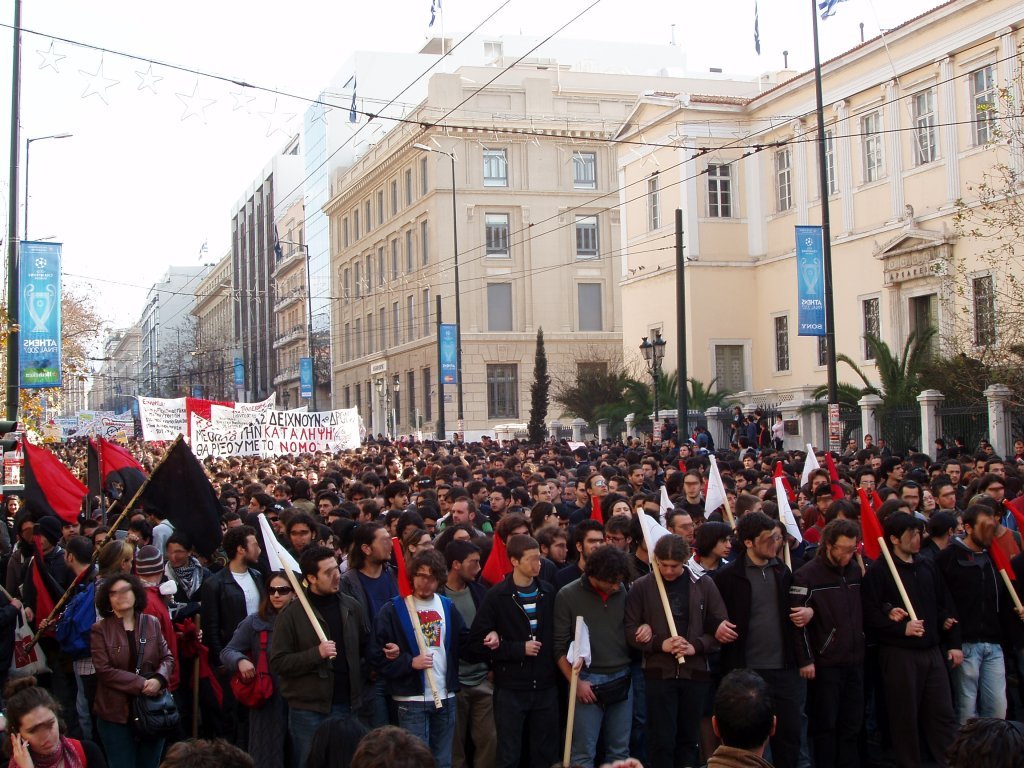 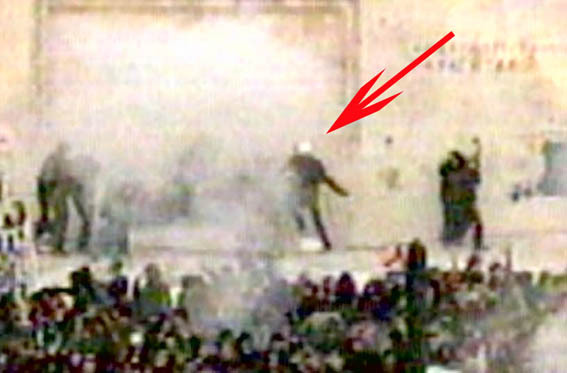 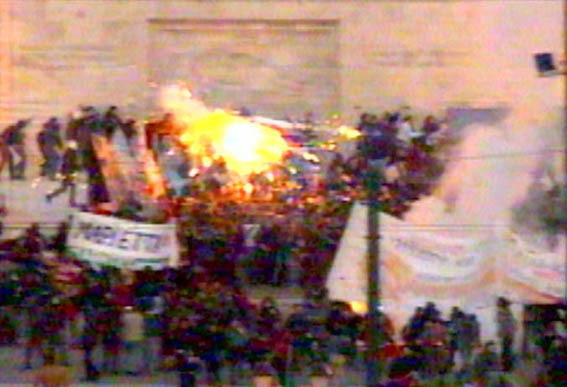 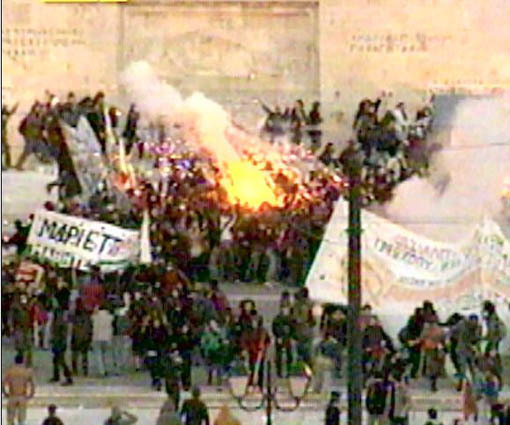 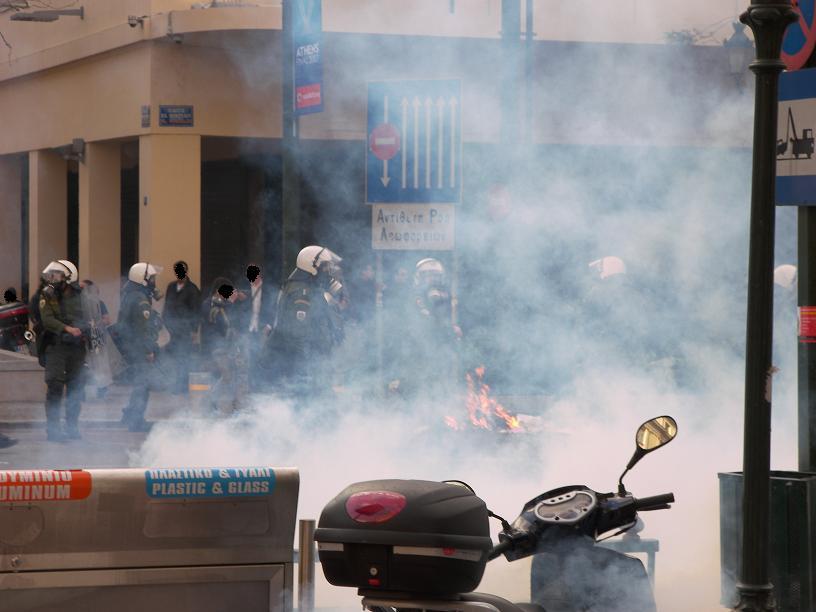 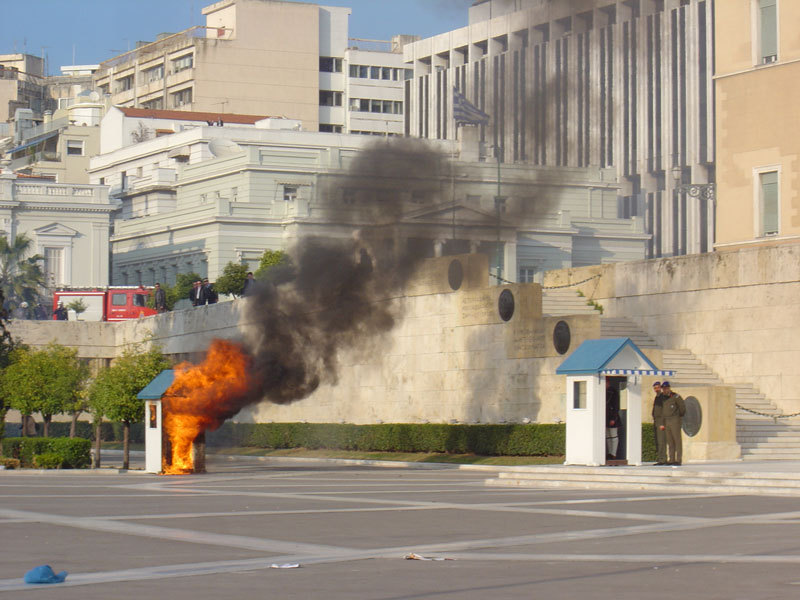 Greece: clashes outside the court