A group of 15 Spanish activists from five different areas of Spain, all belonging to the Spanish Consciencious Objection Movement, arrived at Faslane for the week-end. With banners, song and dance they protested at the UK's possession and deployment of nuclear weapons. 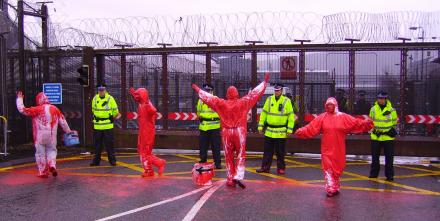 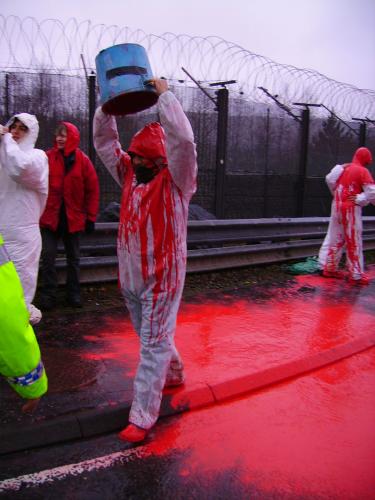 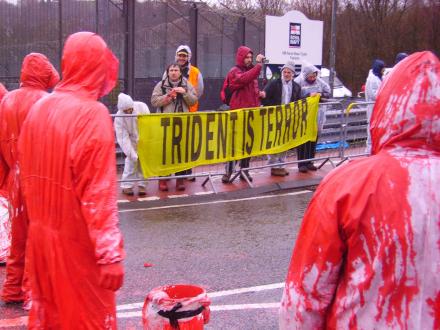 Four Spaniards poured red paint over themselves at midday on Saturday 17th March. They chose red to symbolize the pain and suffering and loss of blood that nuclear weapons threaten. The red paint bemused the police who did not want to get their uniforms dirty. After some confusion and a long delay then police dressed themselves up as demonstrators in similar white suits and then proceeded to arrest the four activists.

Alberto Estefania, from Bilbao says he came to the UK because,'We want to build a world without armies and wars. We want the resources spent on war preparations to go to build a peaceful world'.