in the run-up to the 4th anniversary of the iraq occupation, 'voices in the wilderness' staged an unlawful demonstration in parliament square yesterday afternoon. police were clearly instructed not to intervene, as members of the press were there and it was a sensitive issue. 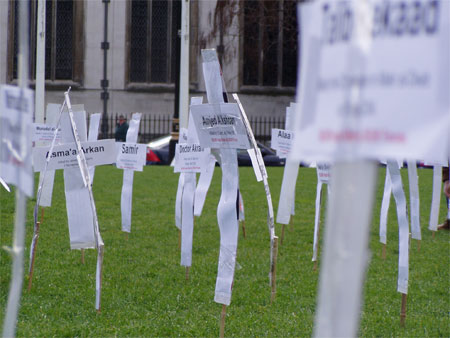 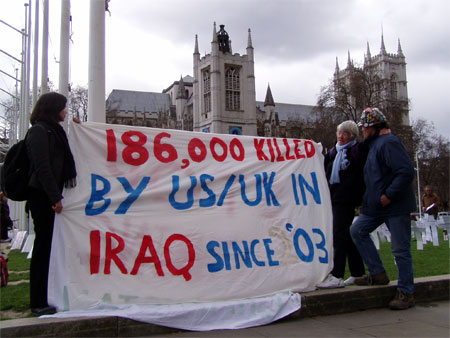 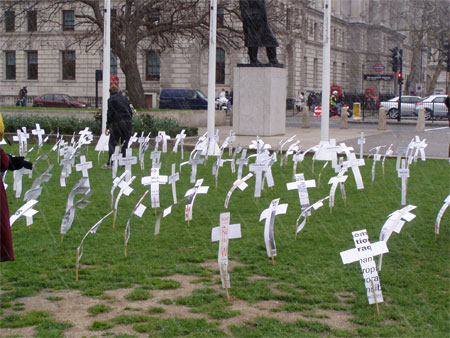 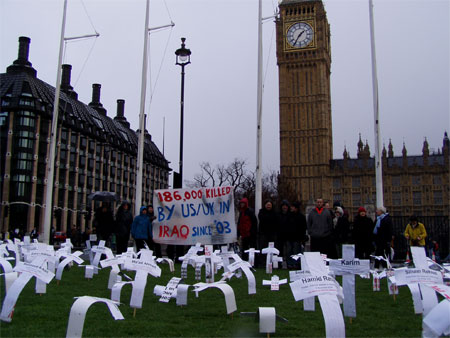 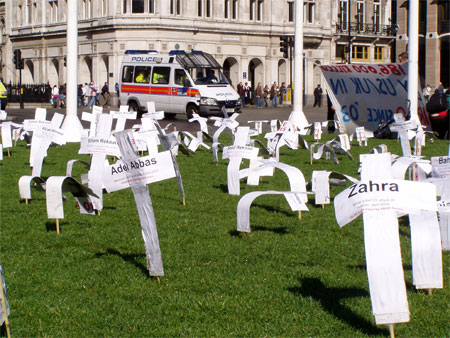 police appear not to notice 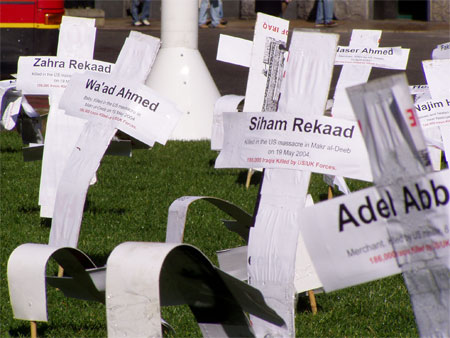 as the st patrick's day parade was ataking place, there were a lot of police around yesterday , but when the group of 15 activists started planting white crosses in the corner of parliament square, all officers disappeared from the scene.

186 crosses marked a 1,000 deaths each (based on figures in a lancet report of the number of deaths directly caused by us and uk forces since 2003). a large banner was unfurled and more activists arrived swelling the numbers to 25.

even the police at the parliament gates took cover (they never directly intervene but telephone charing cross to report unauthorised demos). one cop was seen walking on the other side of the road, studiously avoiding the protest, and a van passed by slowly, again without 'noticing'.

the sky clouded over, and hail and rain pummelled the crosses for a short while before the sun shone again. after about an hour, the protesters moved on, leaving their banner and crosses for all to see.

isn't SOCPA strange? on wedneday night, as the cnd demo ended at its proscribed time of 8pm, the police waded in and violently cleared the square (although there were no socpa arrests). but today it was like some invisible cloak surrounded the activists, and there was no trouble.

the action pre-empted the anniversary which falls on tuesday. on that day there will be an 'authorised' day-long demo at parliament square organised by the new 'people's strike for peace' group. see