Nottingham University Student held a Die-In outside the Portland Building On Tuesday afternoon [20 March] at 1.00pm to protest at un-ethical investments and the university's connection with the arms trade. 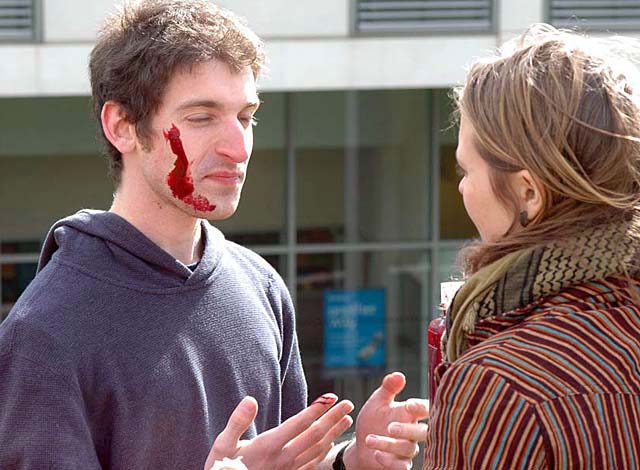 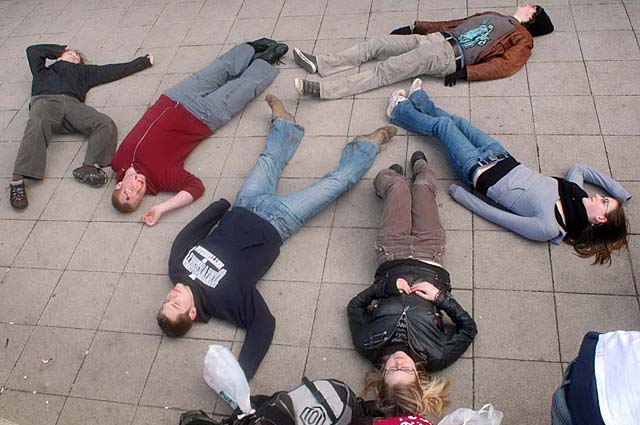 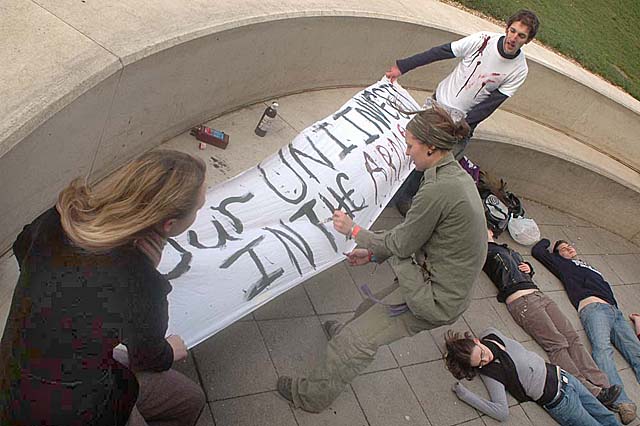 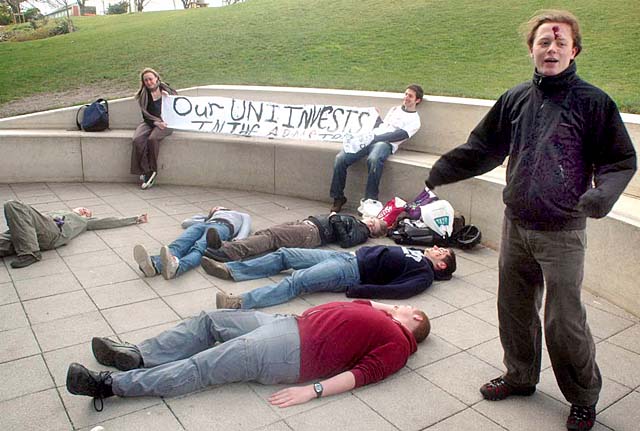 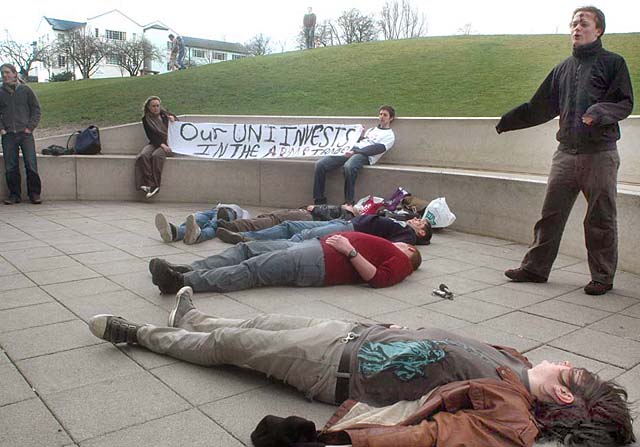 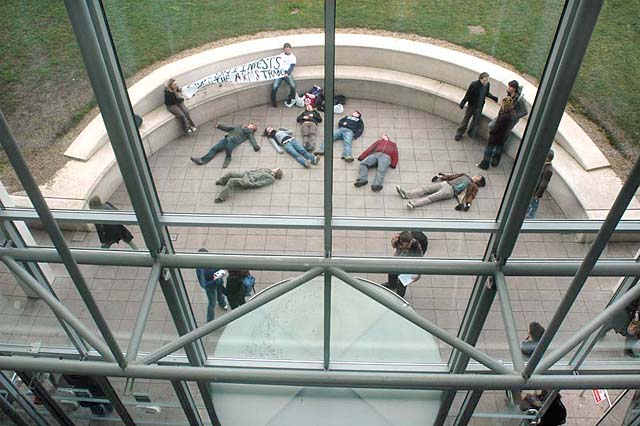 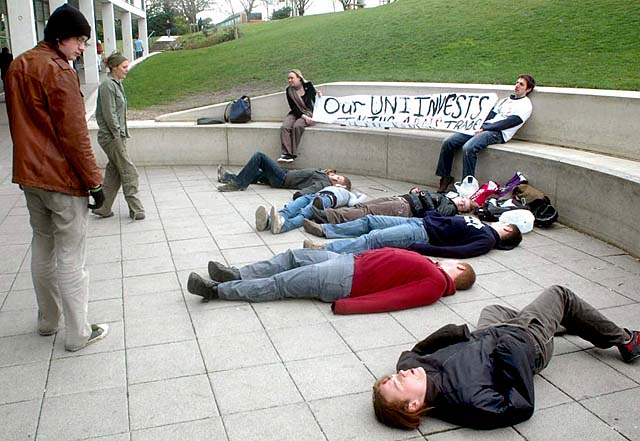 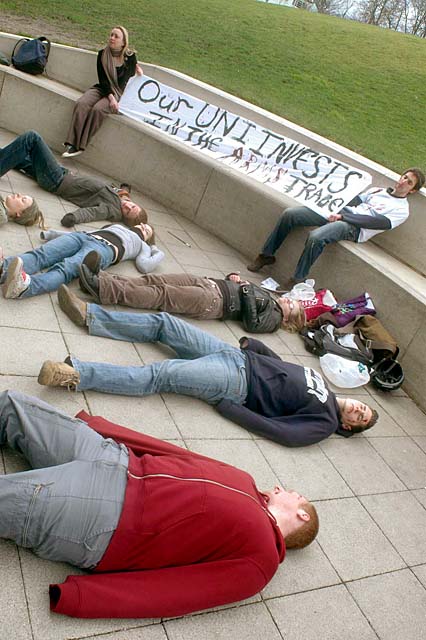 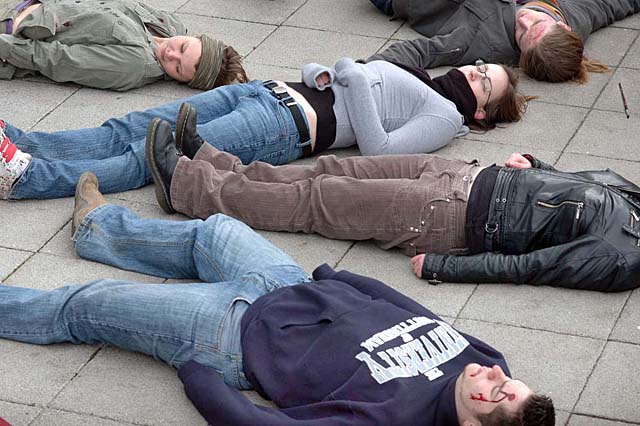 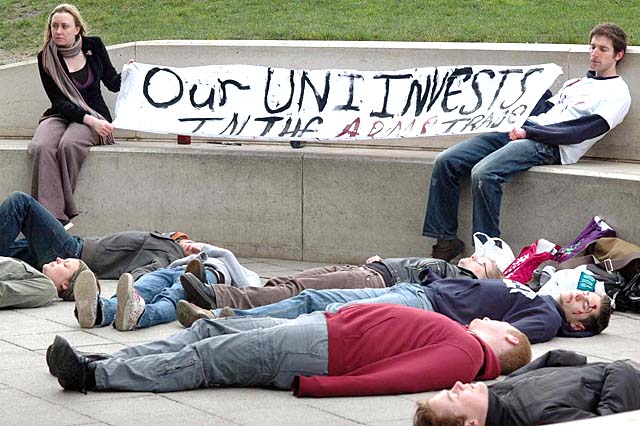 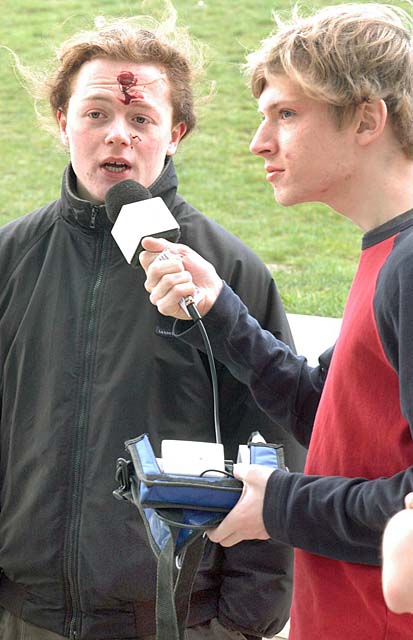 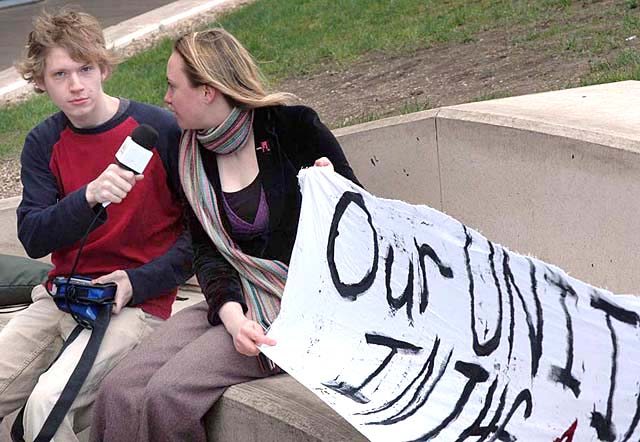 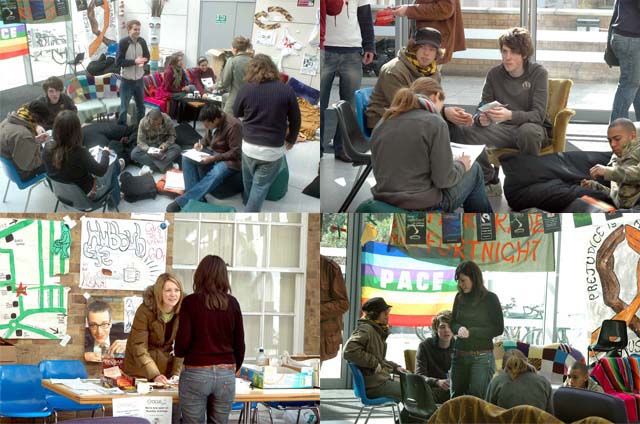 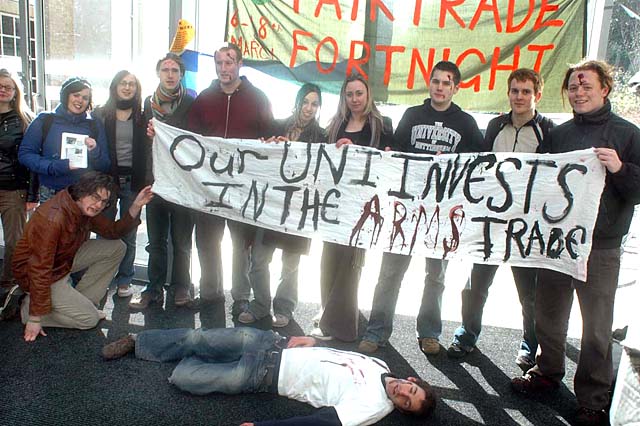 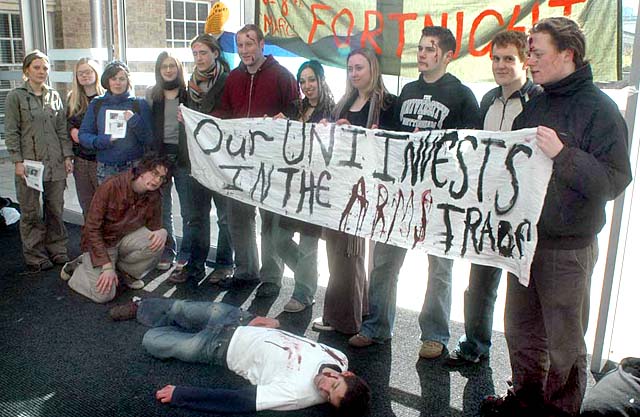 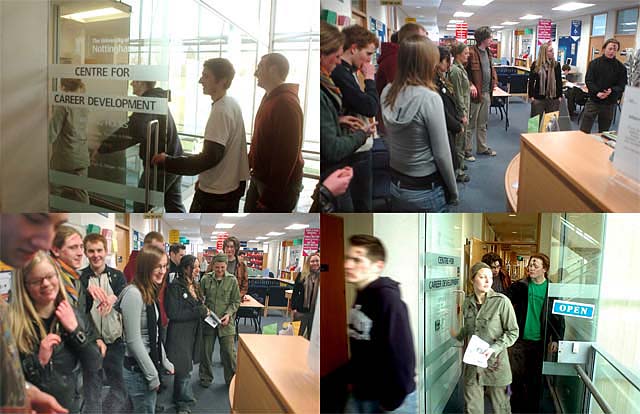 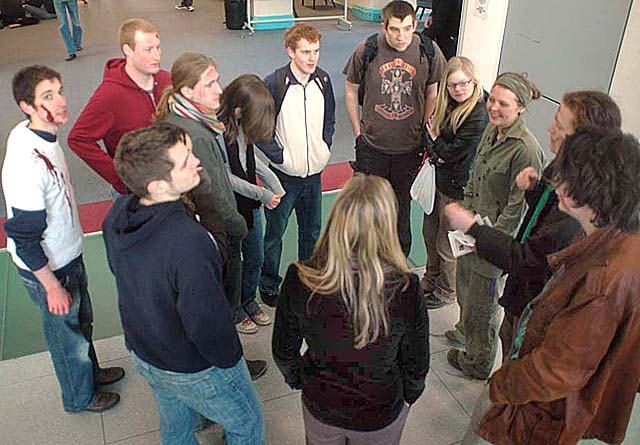 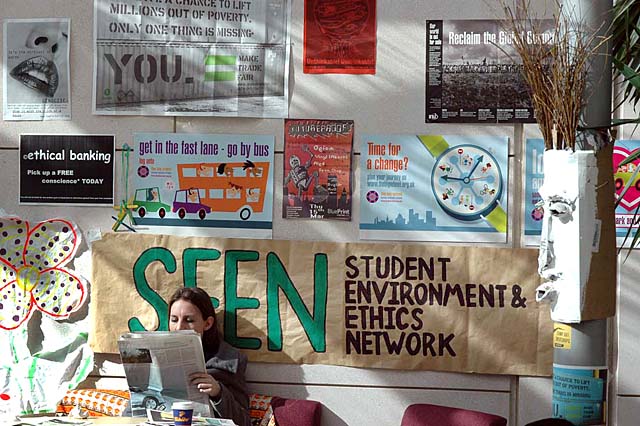 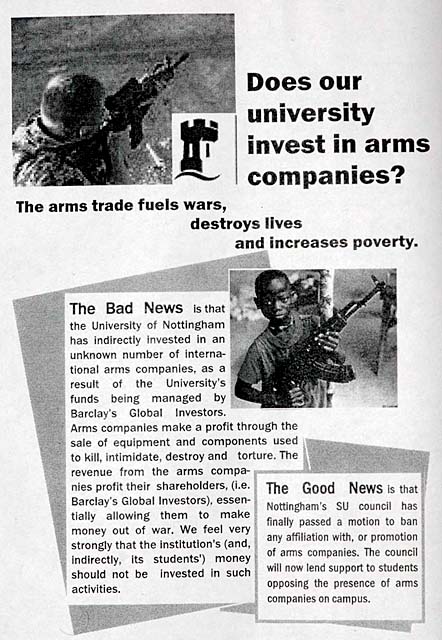 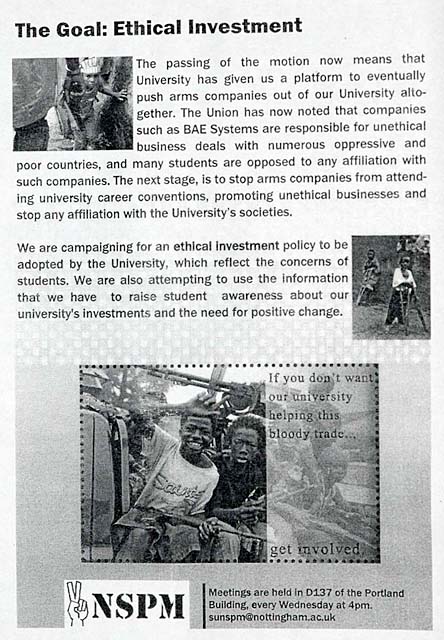 Nottingham University Student held a Die-In outside the Portland Building On Tuesday afternoon 20 [March]at 1.00pm to protest at un-ethical investments and the university's connection with the arms trade.

It seems outrageous that the University is willing to invest in arms but not their staff. It is equally unpalatable that, whilst the University profits from the sale of arms, students must pay large sums of money to get an education.

Being brave, and suffering the howling northerly gale, with snow flurries! they bloodied each other to raise awareness on the issue. Some distributed information about the University's investments in the arms trade and armed forces recuitment.

Then before dispersing, many went to visit the Careers Office, to express concern at some of the companies that recruit from there, and the attitude of the careers fair.

NSPM, a group primarily for activists committed to world peace and social justice at the University of Nottingham.

The university invests mostly in an investment fund with Newton Investment Fund. At the last check the Univeristy of Nottingham also had £222,750 of shares directly in BAE Systems.

BRIEF STATEMENT:
"We think that it is completely unacceptable that the University of Nottingham invests money obtained from student fees in companies such as BAE Systems. BAE Systems is currently subject to six investigation by the Serious Fraud Office. They are accused of bribery in many countries. They have sold Hawk jets to Indonesia; Indonesian forces have killed about 200,000 people in East Timor. Universities are traditionally moral pillars in society and it is vital that the University of Nottingham adopts an ethical investment policy. Students are outraged and will not stop pressuring the university until it commits to disinvesting in the arms trade and investing ethically. Ethical investment funds have performed as well as (and in some cases better than) traditional funds, so the arguement that this would mean less return no longer holds true."

QUOTE:
"I am disgusted that my fees are indirectly being used to fund the arms trade. There is an alternative. It is possible for the university, and all companies and individuals, to invest ethically without sacrificing return on their investment." - Andy Birkby (student)

Amnesty protest over Guantanamo Bay in Nottingham report with audio