Birmingham protests 4 years ago against the invasion of Iraq

This week marks the fourth anniversary of the illegal invasion of Iraq. It also signaled the beginning of a tide of civil disobedience that swept across the country. The following pictures show some of what happened on that day on Birmingham University's campus. 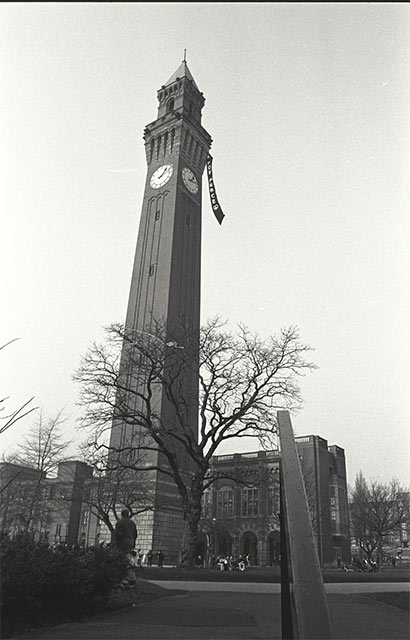 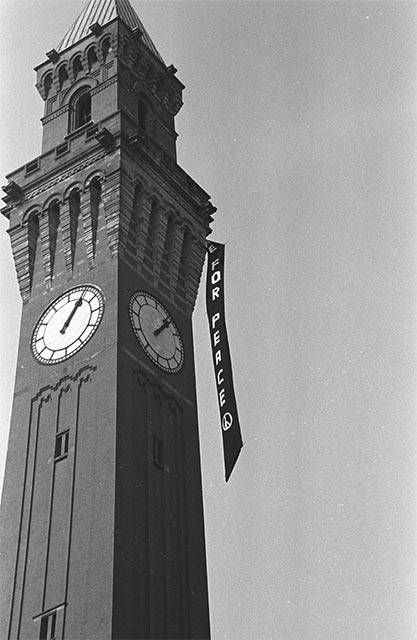 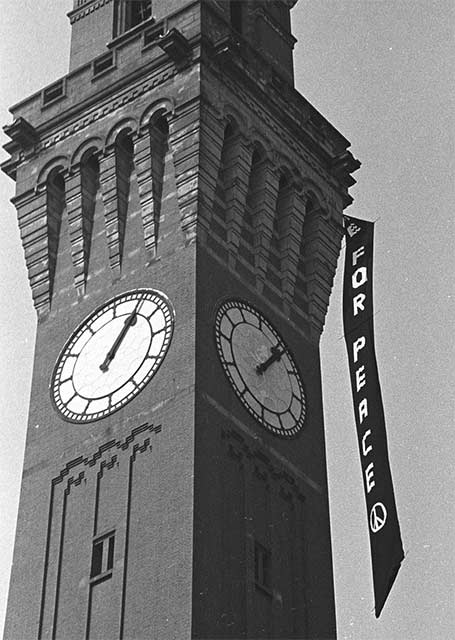 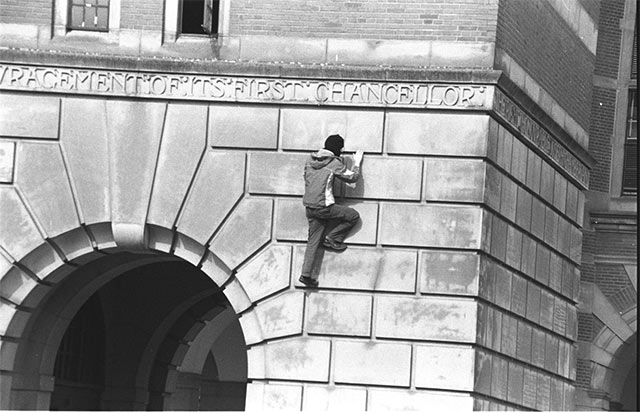 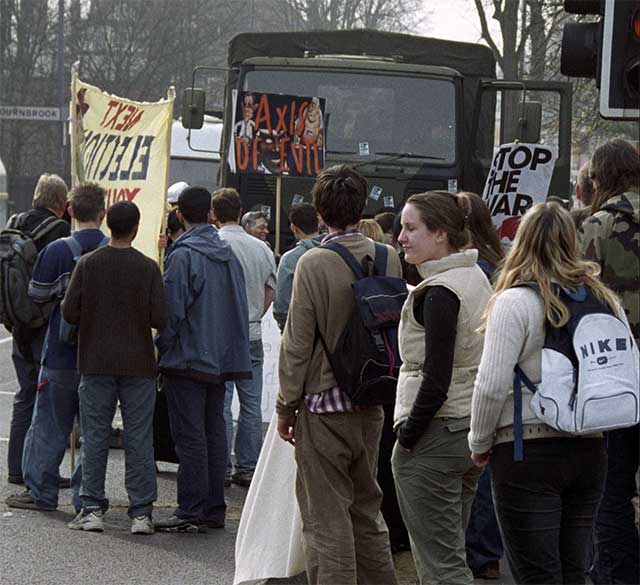 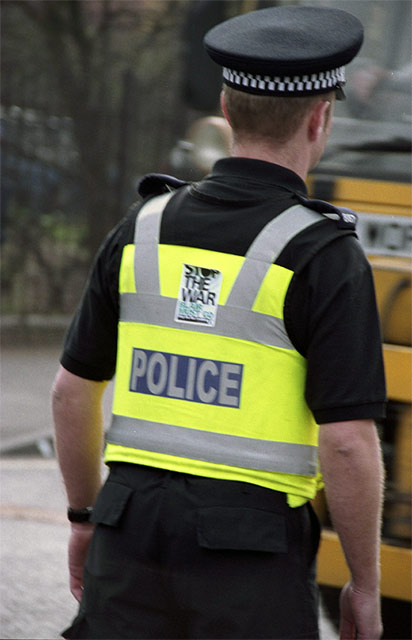 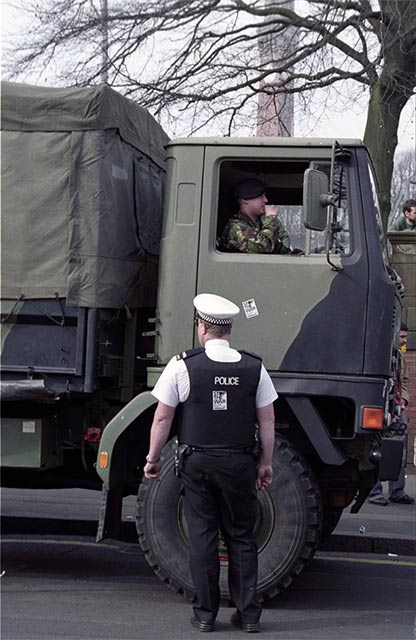 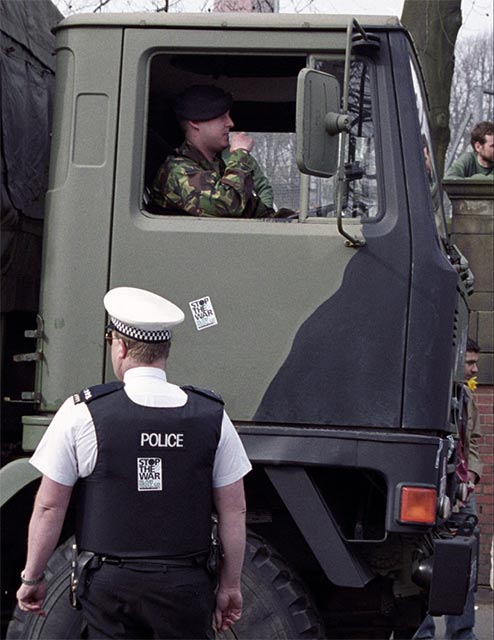 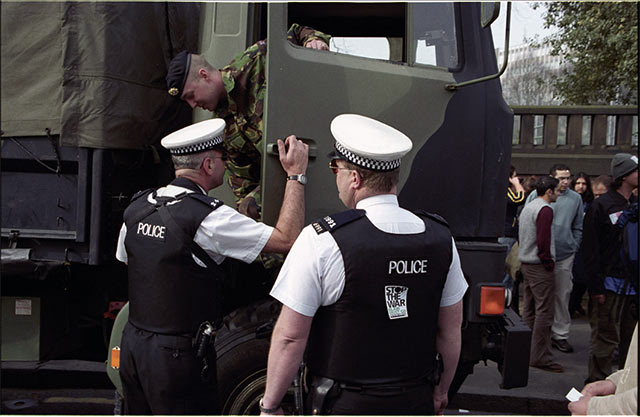 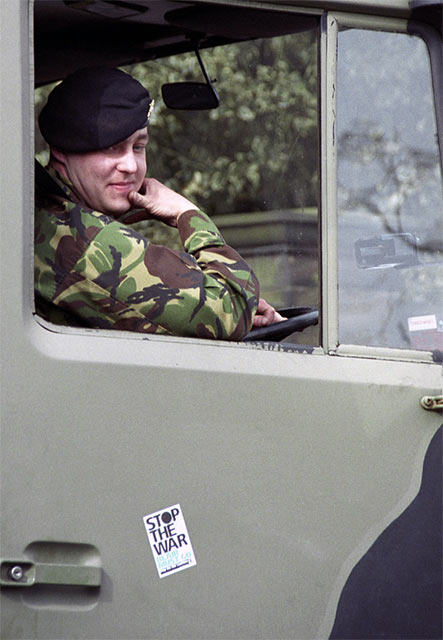 At 12pm on Tuesday 20th March 2003, hundreds of students and staff defied the University authorities and staged a walkout to the sounds of an air raid siren projecting over Chancellor Court . A 1pm a 30 metre banner with the words 'time for peace' was dropped from the University's clock tower.

Staff and students then made their way to the Bristol Road where they proceeded to blockade the road just as a convoy of army vehicles had stopped at the traffic lights. After holding the military convoy up for some time and redecorating their vehicles and the police with anti-war stickers, they then attempted to occupy the Vice Chancellor's office but University Security had pre-empted this and locked all the doors. Students and staff did however manage to secure a meeting with the University's finance director and negotiated a promise to divest the University's substantial investments in BAe Systems and other arms dealers.

Protesters then marched up the dual carriage-way to join other protesters in the city centre. During the thirty minute march into town, protesters were met with cheers from passing motorists and very little police intervention.

Later that evening, a spontaneous mass sit-down protest successfully blockaded the intersection of New Street and Corporation Street for several hours before police managed to disperse everyone.


Who's streets? Our Streets!