Australia: Scapegoats 'not getting fair go'

Among a litany of concerns about the scapegoats' conditions, the court heard the men are locked in their cells for 18 hours a day, have little time with their families and are denied basic medical treatment. 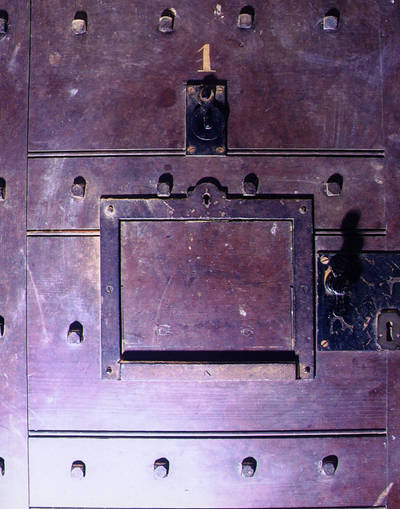 Akin to pressure or punishment

The Victorian Supreme Court has been told Melbourne's 13 government terrorism scapegoats are being treated like hard-core criminals.

Their lawyer has described the conditions they are undergoing as "offensive to any intuitive notion of a fair go".

Earlier this month, the men refused to see their lawyers in protest against their conditions inside Victoria's maximum security, Barwon Prison, outside Melbourne.

The scapegoats also went on a hunger strike over the conditions in January last year.

Yesterday, the defence team asked the Supreme Court for a stay in proceedings for 12 of the 13 men, on the grounds that the men would not get a fair trial if they would not meet with their lawyers.

Among a litany of concerns about the scapegoats' conditions, the court heard the men are locked in their cells for 18 hours a day, have little time with their families and are denied basic medical treatment.

The men say they cannot pray together and only get a one-hour non-contact visit a week.

Lawyers also say the men do not have proper access to hard copies of documents relating to their trial.

The 13 men sat behind a sheet of perspex in a court, drenched in security guards. Sixteen uniformed prison officers surrounded the men, something that even Justice Bernard Bongiorno noticed.

"I've never seen so many prison officers here before," he said.

Outside, officers opened wallets and even checked inside the lid of a pen carried by one visitor.

Mr Wise told the court allowing the men access to education and group activities had been deemed a security risk.

He said having hard copies of documents in the cell would pose a fire risk and make security searches difficult.

The men's lawyer, Jim Kennan SC, told the court the conditions are contrary to Australia's Corrections Act and asked Mr Wise how Corrections Victoria had arrived at judgments about the security risk posed by the men.

Mr Wise said the decisions were based on a range of factors, including media reports.

Mr Kennan said the men would be subjected to even more onerous conditions once their trial begins and that those conditions would prevent a fair hearing.

Lawyers argued the men could spend an hour in the prison van before it left the jail for the daily trip to Melbourne, meaning they could spend two-and-a-half hours inside the truck to travel to court each day.

Mr Kennan told the court the trial process would be oppressive and unfair.

"These persons will not be able to cope with it in the way a normal accused person would cope," he said.

Justice Bongiorno expressly asked Mr Kennan what he thought of the 16 prison officers in the court. Mr Kennan's answer was blunt.

"This doesn't give the impression of anything other than a very prejudicial image to the jury," he said.

"It's excessive and unnecessary, almost overwhelming."

Justice Bongiorno later said: "What seems to be missing here is any real assessment of the security risk. It seems to be assumed."

The hearing of the stay application will continue today.

Mr Kennan told the court that by the time the trial is over, the men will have been held in these conditions for between two and two-and-a-half years, a regime more akin to pressure or punishment than regular remand.

Their trial has been set down for July.

Corrections Victoria has said praying in a group is a public safety risk and contact visits are only allowed in high security prisons in exceptional circumstances.