Stop the political repression in the Philippines - 800 killed

PROTEST: Stop the political repression in the Philippines. 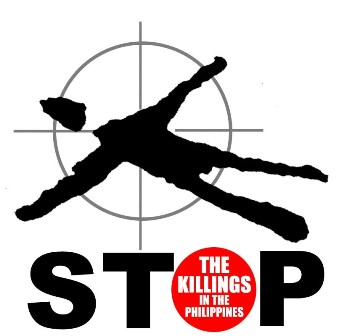 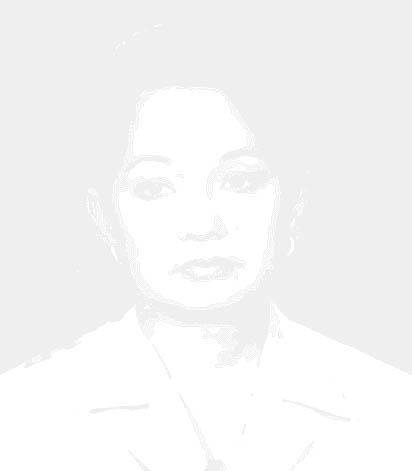 Over 800 people including human rights activists, trade unionists, lawyers, bishops, workers etc have been assassinated by the Arroyo Regime in the Philippines. Opposition leaders have been abducted...

"Share our via dolorosa. Stand with us… hear us out. There is only one struggle for justice and peace and your liberation is tied to ours. The commonalities of the situation unite us."

This is WORSE than the Marcos dictatorship and is being FUNDED by YOUR government. SAS troops are also in the Philippines offering support to the Arroyo regime.

More than 800 churchmen, activists, peasant leaders and journalists have reportedly been killed in the six years that President Arroyo has been in office, the group pointed out – over 200 of them in 2006 alone.

AMNESTY INTERNATIONAL USA:
"The number of attacks on leftist activists and community workers rose sharply during the last couple of years. Most of the attacks were carried out by unidentified assailants on motorcycles, at times wearing face masks, who were often described as "vigilantes" or hired killers allegedly linked to Armed Forces of the Philippines (AFP). In some cases, those attacked had reportedly been under surveillance by people linked to the security forces or had received death threats."

Background of the victims and location of attacks: The majority of the victims of political killings have been unarmed civilians, members of the legal political left, but including activists from a range of leftist sectoral or community organizations. Those killed have also included members of leftist groups who have split from the CPP. Both men and women have been targeted, with the victims including community organizers, church workers and priests, human rights activists, trade union and peasant leaders, journalists, indigenous peoples activists, elected local officials and political activists.

Attacks have occurred nationwide, though human rights and other organizations have noted periodic, marked increases in particular regions. According to local human rights groups, these regional fluctuations were allegedly linked to the assignment of Major General Palparan as commanding officer in these regions.

Communist "fronts": the resurgence of "red-labeling" - Human rights violations against suspected "sympathizers" of the CPP-NPA have long been a feature of anti-insurgency operations in the Philippines.

From the 1970's to the early 1990's the practice of "red-labeling", the public labeling of leftist critics of the government as "subversives" or members of communist "front organizations", was seen by Amnesty International, Task Force Detainees of the Philippines and other human rights groups as directly linked to the high levels of extrajudicial executions, "disappearances", arbitrary arrests and torture of members of legal political groups and non-governmental organizations.

Peasants, trade unionists, church, social and human rights activists were portrayed in this manner as "legitimate" targets within the broader counter-insurgency campaign.

Many were also placed, without opportunity for rebuttal, on AFP "Orders of Battle" (lists of people wanted by the security forces for alleged subversion) and, often receiving death threats from AFP and police personnel, paramilitaries or unofficial vigilante groups, were at particular risk of serious human rights violations.

On March 14, 2007, a ten-person team made of church leaders and human rights advocates from the Philippines briefed the US on the rash of unsolved political killings in the Philippines: "We can no longer be silent on the issue of these deaths," declared Bob Edgar, a former congressman and current Secretary General of the National Council of Churches of the USA.

More than 800 churchmen, activists, peasant leaders and journalists have reportedly been killed in the six years that President Arroyo has been in office, the group pointed out – over 200 of them in 2006 alone.

"The Philippine Government has launched relentless military campaigns against the 'enemies of the state' and in the name of the 'rule of law' and 'political stability.' But the results of this strategy have been mounting reports of dead bodies sprawled on highways and bushes, of female students abducted by armed men in the dead of night, never to be seen again, of the cries of anguish of mothers as their sons – felled by assassins' bullets – die in their arms, of a well-loved bishop bathed in his own blood after being stabbed several times, and of children terrorized and traumatized by soldiers who have taken over their villages."

Sharon Rose Joy Ruiz-Duremdes issued a challenge: "Share our via dolorosa. Stand with us… hear us out. There is only one struggle for justice and peace and your liberation is tied to ours. The commonalities of the situation unite us."

From 2001 when you assumed power to 2006, 38 farmer-leaders were slain in cold blood. Two more were killed since -- TFM’s Pepito Santillan in Negros Occidental on January 25 and UNORKA's Joseph Matunding in Iloilo on January 30. KMBP's Heliolito Abrenica could have been the third had he not survived the bolo-hacking by a goon identified with a big landowner in San Francisco, Quezon. He, however, lost his left hand.

More limbs and lives are likely to be sacrificed unless you act quickly and resolutely. Records of PARRDS indicate that there are 2,342 leaders and organizers whose lives are threatened by goons and security guards of big
landowners and plantations as well as others in their service, including policemen, barangay tanods, and members of so-called revolutionary forces.

No less than the Catholic Bishops’ Conference of the Philippines (CBCP) has attributed the killings and violence to your government's apparent disregard for meaningful implementation of agrarian reform. Apparently in response, you were quoted on February 6 by a national newspaper as saying:

“There is a new paradigm that is being proposed to open new lands for agriculture so that we can give farmers a chance to have their own land and, yet, avoid all this bloodshed that is happening (in the implementation of land reform).”

Is this “new paradigm” going to be still another attempt to avoid implementing agrarian reform law due to landowner pressure? The Melo Commission you set up to probe the extra-judicial killings, including those involving peasants as victims, submitted a report to you in December 2006. Why has it not been made public?

As a community of civil society organizations and human rights advocates concerned with the plight of farmers struggling for agrarian reform, we appeal to you, Madam President, to please:

1. Make public the report of the Melo Commission, especially the results of its investigation of agrarian reform-related killings and violence;
2. Prosecute all perpetrators of agrarian-related human rights violations, whether they be private sector goons, police forces, or agents of so-called revolutionary groups; and,

3. Implement agrarian reform speedily and fairly especially in contentious landholdings, taking into consideration the rights of the legitimate farmers.

A group representing Filipinos in Australia has called for the Federal Government to halt its defence aid to the Philippines until its military stop suspected extra-judicial killings.

Two reports, including one by UN Rapporteur Philip Alston, have incriminated the Philippines military and President Gloria Arroyo for anywhere between 150 to 800 political deaths.

Concerns have increased after deputy minority leader of the Philippines Congress Satur Ocampo was arrested on what supporters say are manufactured charges.

Australia is the second largest trainer of the Philippines military and has a counter-terrorism pact with the country.

"It is obvious now, based on the United Nations Committee on Human Rights report, that the military are the ones who are really at the forefront of these human rights violations," she said.

"At the end of the day, it is really a question of the Philippine Government using this military aid under the guise of running after terrorists."

Victorian Labor Senator Gavin Marshall has raised the issue in Parliament, calling on President Arroyo to ensure democracy before the May congressional elections.