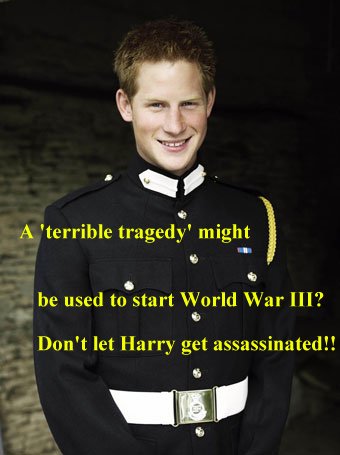 surfing through this tonight


Don't be daft.
23.03.2007 23:46
Al Quaeda will be taking good care of him, and are far more likely to make strenuous efforts to take out the rest of the family to change the line of inheritance. The people trying to do him in are likely to permanantly be in London. Guess who that is. Probaly trying to make out to both Shia and Sunni that he has developed sympathy with the other lot.
Pershmergera

references for the above