Afghanistan: Why Australia should get out

Howard’s recent proposal to double the number of Australian troops in Afghanistan has been applauded by Rudd and the ALP. The notion that more occupying troops will bring stability to Afghanistan must be opposed. Immediate withdrawal of all foreign troops would be a genuine step towards stability. However, given the almost total destruction of homes, schools, hospitals, industry and other infrastructure since 1992, payment of large scale reparations is also necessary. 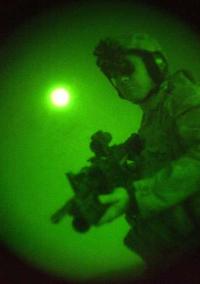 Immediate withdrawal of all foreign troops

On March 21, in a speech to mark the fourth anniversary of Australian troops being dispatched to Iraq as part of an illegal US invasion responsible for the deaths of more than half a million Iraqis, Prime Minister John Howard conceded that despite the “surge” in the occupiers’ troop numbers “success is by no means assured”.

He also said, “I am well aware of the sharp political differences that exist in Australia today over Iraq, differences that have existed since the government’s initial decision to commit forces four years ago”, a reference to the fact that a majority of Australians have always opposed his criminal war.

Despite this, the speech consisted mainly of rehashing the lies that he has used to justify the war over the past four years. “Every time ordinary Iraqis are given the chance they say the same thing in overwhelming numbers: We want peace, stability and democracy”, he pontificated, despite a BBC poll released the same week showing that not only did an overwhelming majority of Iraqis want the occupiers gone, but 51% thought attacks on the occupation forces were justified.

Howard also attacked ALP opposition leader Kevin Rudd for supporting the withdrawal of Australian troops from Iraq, albeit a staged withdrawal over a prolonged period. “Why is it right that Australia and its allies prevail in Afghanistan but fail in Iraq? Why is it okay for Iraq to become a safe haven for global terror but not Afghanistan? Why is building Afghanistan’s security capability more compelling than building Iraq’s? And why is a massive setback to American global leadership fine in one place but not in another?”

This pointed to a genuine contradiction in the ALP’s position: the invasion and occupation of Afghanistan are based on the same dishonest reasoning as that of Iraq. The immediate justification for the attack on Afghanistan was the September 11, 2001, terrorist attacks on the World Trade Center and the Pentagon. While the Taliban regime that ruled Afghanistan did give sanctuary to Osama bin Laden and his al Qaeda network, the terrorists involved in the September 11 attacks were based in Europe and North America and none of them were Afghans. Furthermore, immediately after the attacks the Taliban offered to extradite the al Qaeda leadership to Pakistan, an offer that Islamabad refused at Washington’s behest.

Moreover, while Western politicians and media generally portray the Taliban and al Qaeda as being the same thing, there has never been any evidence of the former being responsible for the latter’s terrorism. Ironically, the same cannot be said for the USA and other Western imperialist powers — in fact, al Qaeda originated as a creation of the CIA.

In 1978, Afghanistan’s aristocratic-theocratic regime was overthrown by the leftist People’s Democratic Party of Afghanistan (PDPA), which was allied to the neighbouring Soviet Union. The PDPA was committed to modernising the country through radical land reform, the massive expansion of education and infrastructure and the abolition of the chattel status of women. However, the PDPA’s authoritarian methods, and its endemic factionalism (which led to continual coup attempts, assassinations and increasingly violent purges) fed a traditionalist reaction in the countryside, led by the theocratic elite.

Then-US President Jimmy Carter and Secretary of State Zbigniew Brzezinski devised a plan that became known as the “bear trap”, whereby military assistance to this reaction was used to destabilise the country, provoking a Soviet intervention, and then Washington waged a proxy war to bleed the Soviet Union. Part of this project was the creation of an international Islamic fundamentalist army, funded by the US and Saudi Arabia and coordinated by the CIA and Pakistan’s Inter-Services Intelligence (ISI), and led by Saudi billionaire Osama bin Laden. The term al Qaeda means “the base” and originally was a reference to the base of operations for this massive CIA covert operation.

The split between al Qaeda and its creator was, ironically, precipitated by the falling-out between the US and another client when Saddam Hussein’s Iraqi regime occupied Kuwait in 1991. Flushed with success after the Soviet withdrawal from Afghanistan, and believing himself responsible for the collapse of the socialist bloc, bin Laden offered the services of his outfit to the US to fight the Iraqis. The US, however, was anxious to set a precedent for direct military intervention in the Third World in the post-Cold war environment and declined.

A further justification for the 2001 invasion of Afghanistan was the oppressive nature of the Taliban regime and its ultra-violent and misogynist interpretation of Islamic Sharia law. However, in this regard the Taliban is identical to all the other armed factions in Afghanistan, which all originated from the US-funded anti-PDPA reaction.

While during the 1980s these mujaheddin were portrayed as a unified movement of anti-Soviet freedom fighters, in fact they were always a tenuous alliance between rival clan militias and warlords.

After the collapse of the PDPA regime in 1992, they turned on each other in a devastating civil war. When the Taliban, who represented the “second generation” of mujaheddin, created in Saudi- and CIA-funded religious schools across the border in Pakistan, took power in 1996, many Afghans welcomed them for bringing stability of a sort. Their violence soon alienated this support, however.

The Western takeover of Afghanistan in 2001 was accomplished by devastating aerial bombardment and the buying of non-Taliban mujaheddin commanders. For this reason, the only change experienced by most Afghans since this so-called “liberation” is a return to factional warfare between rival warlords and militias and the massive, but unrecorded, killing of civilians by the occupation forces.

It is almost impossible to obtain information on the civilian body count in occupied Afghanistan: estimates vary between several thousand and over a million. The corporate media prefers to focus on the fact that in the small part of the capital, Kabul, actually controlled by US-installed President Hamid Karzai, some women from elite backgrounds are able to wear cosmetics.

Another justification for the occupation is the “war on drugs”. This is particularly ridiculous given that not only was Afghanistan’s heroin industry created by the CIA as part of the covert war of the 1980s, it was actually suppressed by the Taliban in 2000 in an attempt to curry favour with the US, possibly the only time in history that any government has taken the US “war on drugs” rhetoric at face value. Since the 2001 invasion, the Afghan heroin industry has become bigger than ever before.

The “resurgence of the Taliban” currently being reported in the media is a result of the violence of the occupying forces. While the US and its allies use the term Taliban to describe all armed opposition, the actual armed resistance includes both former Taliban and other clan militias and warlords. All of these are being supplied with recruits by both the violence of the occupation and token poppy-eradication programs that leave the big heroin producers alone but deprive poor peasants of their livelihood. Increasingly the term Taliban is also being applied to civilian victims of the US-led forces.

Howard’s recent proposal to double the number of Australian troops in Afghanistan has been applauded by Rudd and the ALP. The notion that more occupying troops will bring stability to Afghanistan must be opposed. Immediate withdrawal of all foreign troops would be a genuine step towards stability. However, given the almost total destruction of homes, schools, hospitals, industry and other infrastructure since 1992, payment of large scale reparations is also necessary.

23 Taliban killed in Afghanistan clashes
by Parrot Press 2007-03-26 6:15 AM +0800
The US-led coalition and Afghan Army say their troops have killed 23 Taliban militants in two separate clashes in south and south-eastern Afghanistan.

I suppose the new term "Afghan Army" serves the purpose of legitimising the conflict? Well don't fall for it I say! Because it's rubbish. The Puppet Monster is the USA and the Coalition of the NATO Killing! Therefore the "Afghan Army is the very same Monster! What are they doing? Killing people! The alleged "Spring Offensive" is the Killing Fields, taking out the people who are resisting the occupation!

Senlis Council’s Norine MacDonald QC. said: “The results from the survey are extremely alarming because they indicate that the international community is in serious trouble in Afghanistan.

Afghanistan under occupation: An assessment—Part 1

This is the first of a three-part series examining the situation in Afghanistan five years after the US-led invasion.

Afghanistan under occupation: An assessment—Part 2

Meanwhile, just across the city, one could be forgiven for mistaking the ramshackle district of Daimazang as belonging to another world entirely. The Washington Post explained that much of this area’s residents are refugees from Pakistan and Iran who returned home after the US-led invasion, hoping for work. Instead, many families live in 10-foot-square partitioned spaces in bombed-out former office buildings, without electricity and even firewood.

Afghanistan under occupation: An assessment-Part three

The “reconstruction” of Afghanistan

The largely ruined or neglected state of much of Afghanistan’s basic infrastructure enabled US construction companies, following the invasion of 2001, to use the billions of dollars of international “development aid” as a huge slush fund.