A sixty strong group of protestors from Nottingham (and Derby) have today been demonstrating outside the Trident nuclear weapons submarine base at Faslane as part of a year long peaceful blockade, Faslane 365. 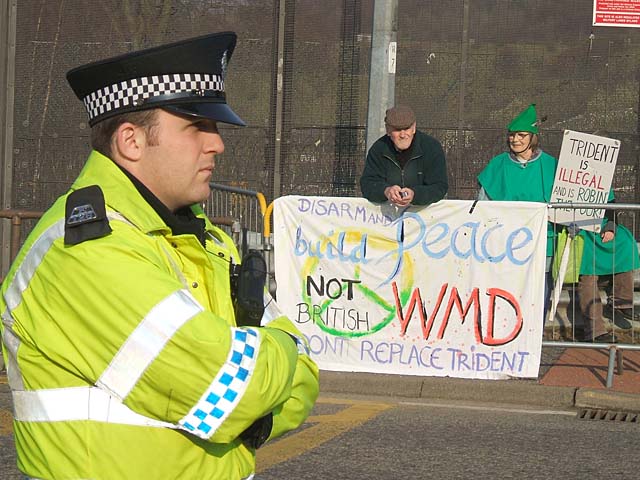 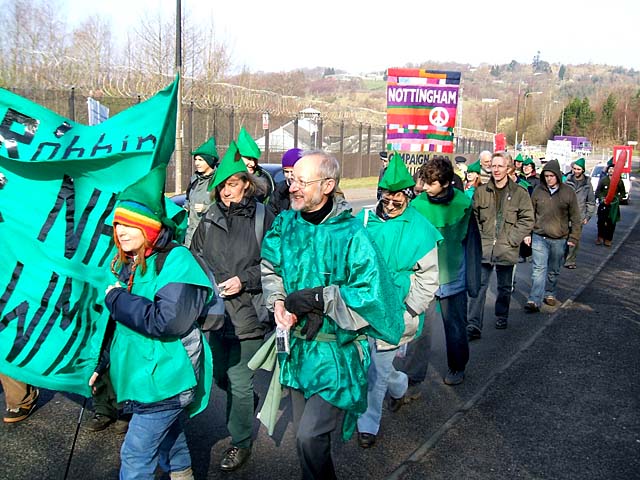 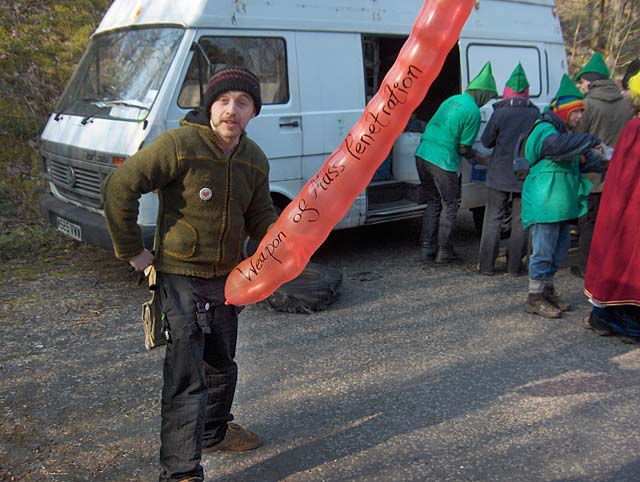 Demonstrators aged from 14 to76 years old spent the day disrupting the base dressed as Robin Hood in protest at the Government’s decision to renew Britain’s nuclear arsenal at a cost of up to £76 billion. The group paraded banners with slogans such as ‘Who are the Real Outlaws?’

In response to the Government’s decision to renew Trident, John Tillet, a Nottingham resident, said ‘It is very sad that we are in the process of missing this chance to encourage other countries not to proliferate their nuclear arsenal. Parliament’s decision is in breach of the international Nuclear Non Proliferation Treaty and rather than acting as a deterrent, Trident will instead turn Britain into a terrorist target.

It is very encouraging to be a part of this important opposition to nuclear weapons of mass destruction.’

Faslane 365 has already led to the blockade of the naval base by 71 different groups from all over England and Europe and has so far led to 677 arrests.

well done on the progress of the action. But please size your images to no more than 600 across, to fit on the web page. have just resized these ones ...... get it together before 'part 2'. cheers ..... 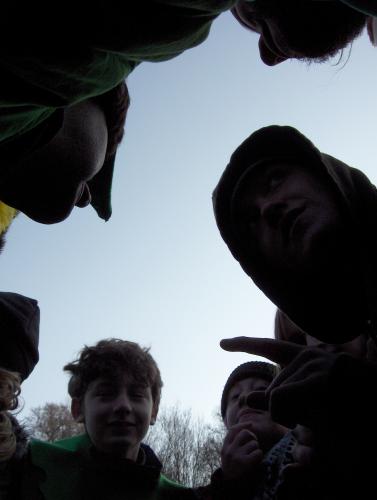 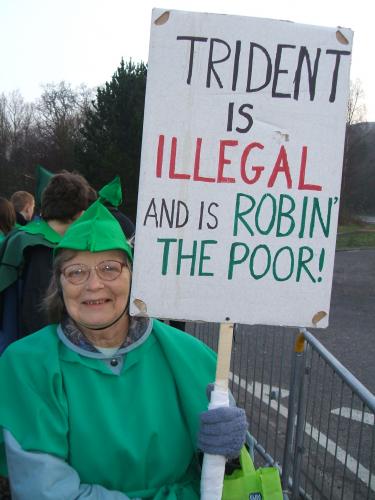 Marion Stands up for the Poor 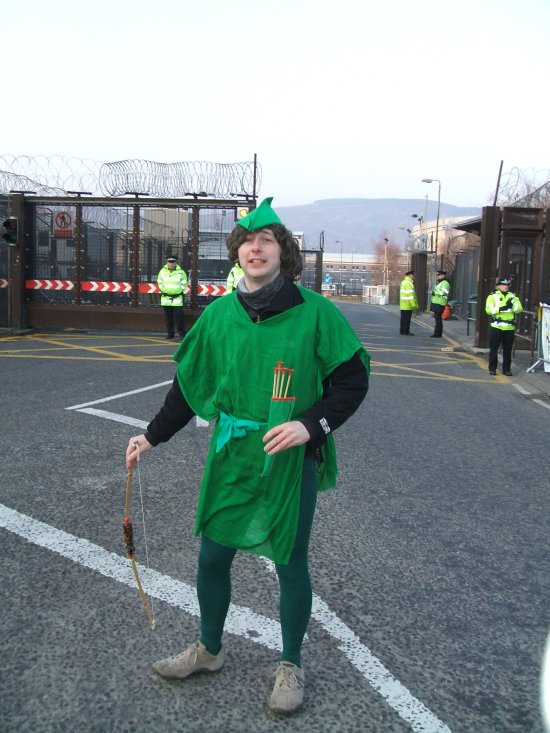 Robin Guarding the Base 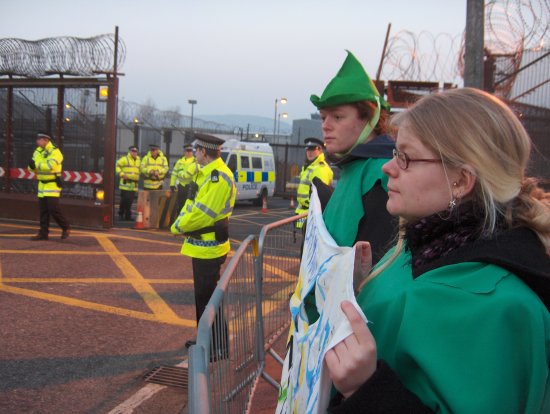 Some more pics from