Reclaim the Future...Riot vans at the gate. 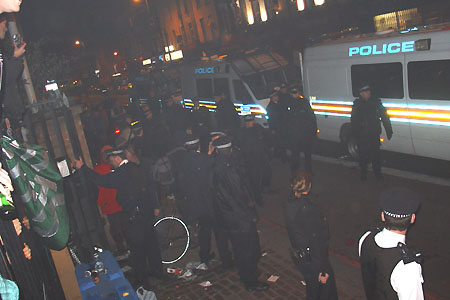 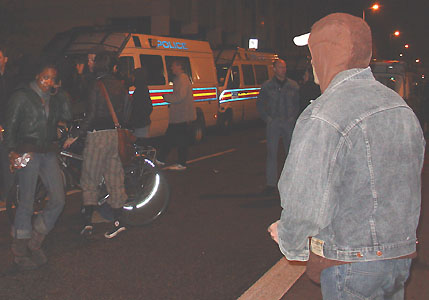 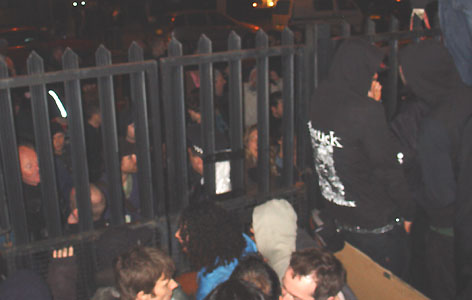 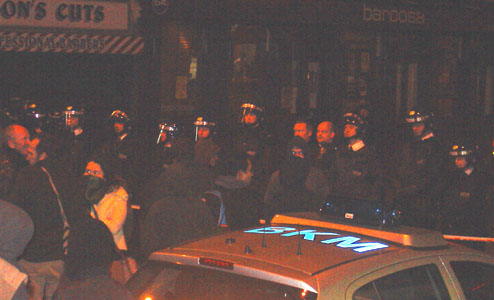 The 4th Reclaim the Future was . well organised and well attended.
Great Building on the Hollaway Rd...Loads of massive rooms...3 stages and sound systems. Good acts including a 'Socialist Magician', plus many bands and DJS.

Food counter was well stocked with loads of Vegan food and cakes given on a donation basis..The famous Squat Coffee Machine was also there providing sterling service.

Many info stalls and workshops through out the day.

As night fell...it was music time.
The place was filling fast....Hundreds of folk all socialising and having a good time.

But unfortunately newcomers just arriving around 1am hopes for a good time were Dashed by the arrival of about 5 or more van loads of Riot Police. Who were stopping their entry to the gates...Leaving about a 100 or so outside...During this time people were being allowed to leave though at a very slow trickle.

A bit of pushing and shoving going on.Then more Riot vans arrived who blocked the southern end of holloway rd to traffic.

The prospective party goers were the pushed down a couple of blocks away and the road taped off.