The biggest challenge yet to the SOCPA laws!

Join the biggest challenge to the SOCPA laws. 2000 demonstrations in one day in the SOCPA zone. 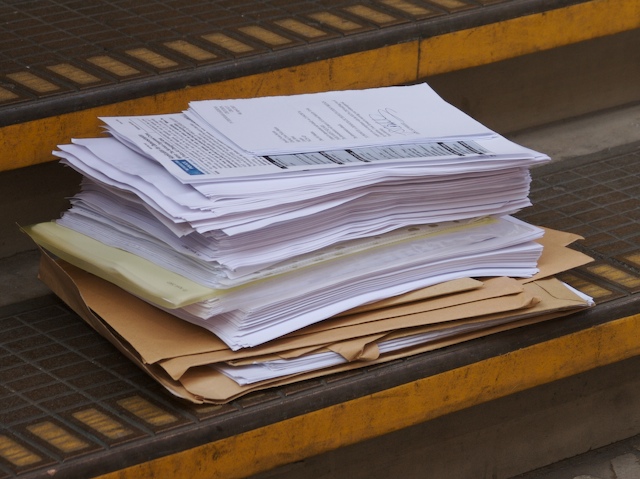 On the 5th of April Mark Thomas and a group of regulars at the Mass Lone Demos arrived at Charing Cross police station armed with 1,184 requests for demonstrations in the SOCPA zone. The demos will take place on the 21st of April. The aim is for people to carry out 20 demos each in the SOCPA zone in one day and to get as many people as possible to do so.

The designated area that the law applies to covers the Southbank to Millbank, from St James' Park to Hungerford Bridge, and from Admiralty Arch to MI5. Any individual wishing to demonstrate within that area - just one person with a banner or a badge - needs permission from the police.

You can join the challenge to New Labour's liberty threatening laws. So far 59 individuals have applied for 20 demos each (with 4 single demo requests) but anyone can come along on the 21st of April. Get involved and let's have 2,000 demos!

This is how it works: Each demonstrator holds a 10 minute demo at 19 different places (the start and finish demonstrations are in Parliament Square) and then gives themselves 10 minutes to get to their next demonstration.

If you want to demonstrate on the 21st of April you have until 10.30am Sunday the 14th of April to get your forms into the police at Charing Cross police station.

If you can't make the whole event but want to come and join in why not come along to the final demo at Parliament Square at 5.20pm on the 21st of April, you will need to apply for permission for your demo.

THE MADNESS OF SOCPA

So far Maya Evans has been arrested and convicted of ringing a bell and reading out the names of British and Iraqi war dead. This was illegal without permission. Mark Thomas has had to get permission to wear a red nose on Red Nose Day in Parliament Square - as he might have been arrested without permission. A young woman was threatened with arrest for wearing a T shirt with some of Brian Haw's art works printed on them- when she pointed out to the police officer that she was advertising the Tate Britain show by Mark Wallinger the police withdrew the threat of arrest. A man dressed as Charlie Chaplin with a sign saying "Not Allowed" was arrested outside Downing St, he was convicted under the SOCPA law.

If the law is a bad and stupid law then challenge it! The Home Office said "We understand from the Commissioner of the Metropolitan Police that during the period 1 August 2005 to December 2006 1,379 demonstrations have taken place with an authorisation." Already we have given the police over a years worth of demo's in one day. Let's get to 2,000!

There is more information on the Mark Thomas website at