At least 5 people were arrested while are attempting to block access to the Aldermaston Atomic Weapons Establishment in Berkshire this morning in order to disrupt a multimillion pound development project at the site.
Other protesters are still in the road which has been blocked for about an hour. The protesters claim that this development is to develop new nuclear weapons and shows that the decision to renew Britain’s nuclear weapons was made years before the parliamentary vote last month.
The protesters are from the anti-Trident group Trident Ploughshares and the group Block the Builders which opposes the development at Aldermaston. They have chained themselves together and blocking the boilerhouse gate at Aldermaston. The Atomic Weapons Establishment is currently undergoing massive renewal including new computing and laser facilities which will enable to scientists to simulate nuclear explosions to improve the design of nuclear warheads without actually exploding a weapon which would be banned under the Comprehensive Test Ban Treaty. The site was given a £5 billion refit after the signing of the Mutual Defence Agreement with the USA in 2005 which allows the sharing of nuclear information between the USA and Britain.
Websites:
Trident Ploughshares 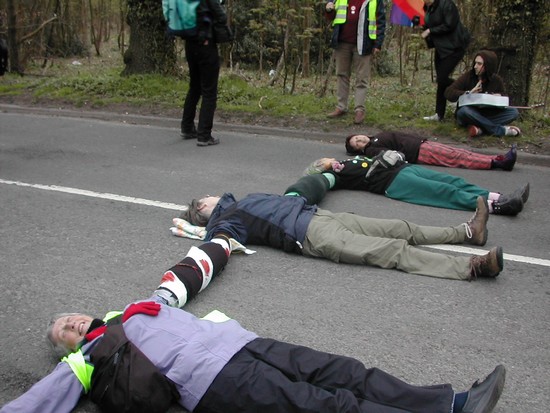 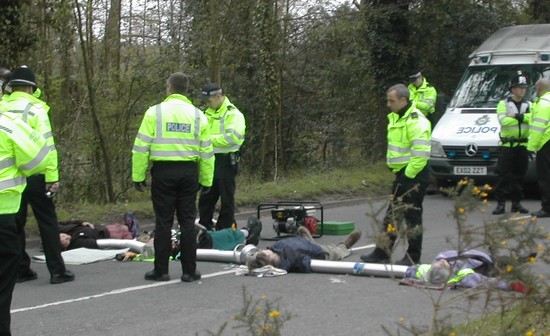 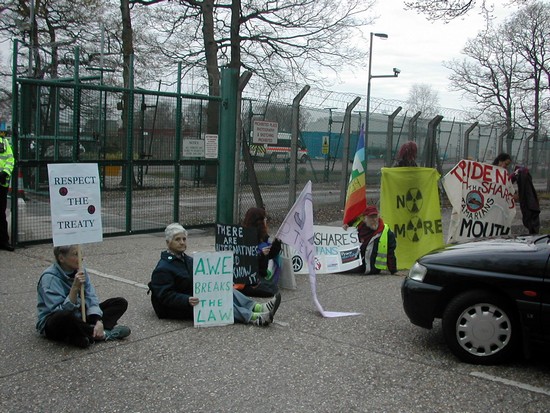 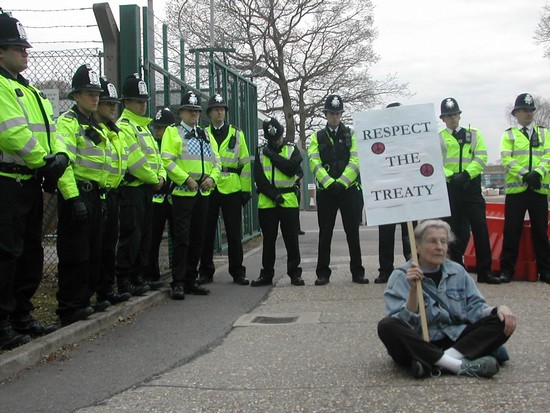 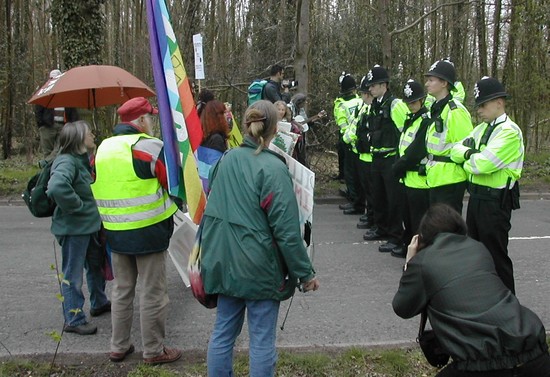 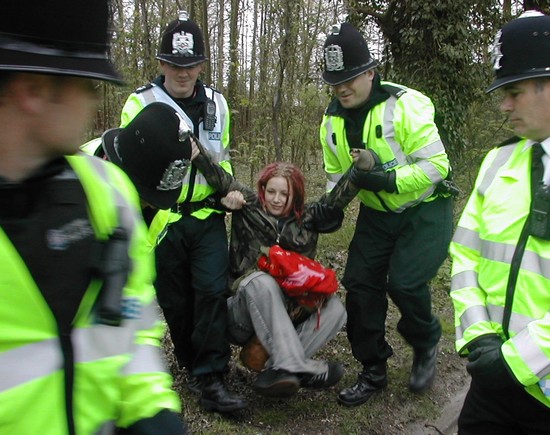 I think there were eleven arrests in total on Tuesday morning, at at least three separate locations around the perimeter of the Atomic Weapons Establishment in Aldermaston, Berkshire. Five of the arrests were at Boilerhouse Gate, where traffic was brought to a complete standstill for around forty minutes. Traffic going into the base was generally disrupted for at least an hour and a half. The day's action was organised by Trident Ploughshares and supported by Block the Builders and Aldermaston Women's Peace Camp. There were sixty or more participants in total, some travelling from as far afield as Bristol, Plymouth, Yorkshire and Newcastle. The blockade was followed by an hour-long multi-faith peace vigil outside Tadley Gate.