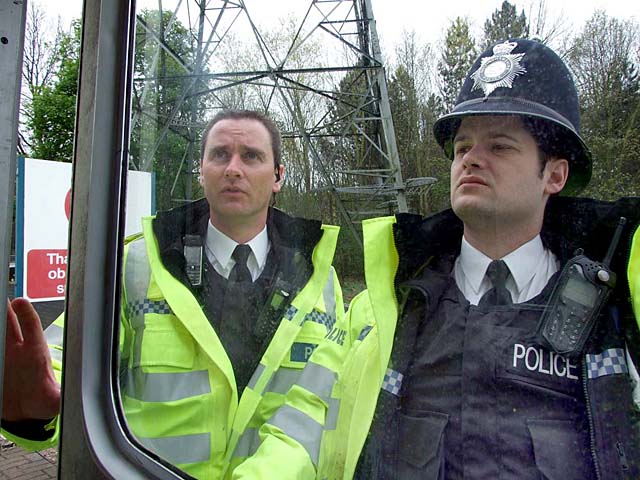 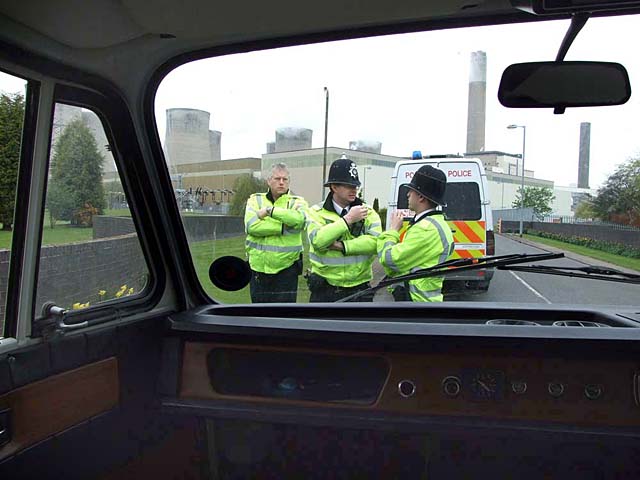 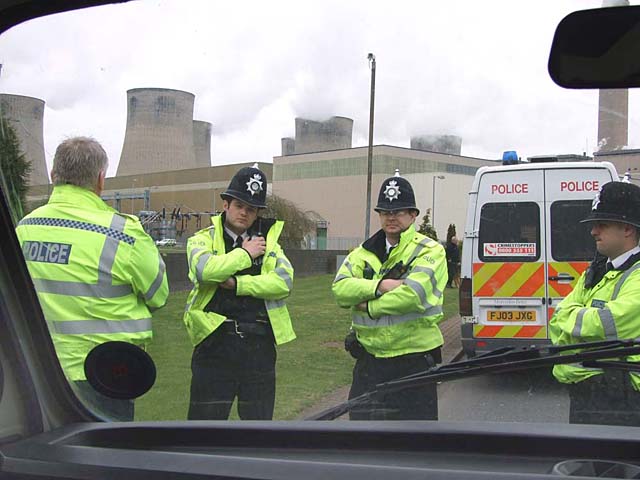 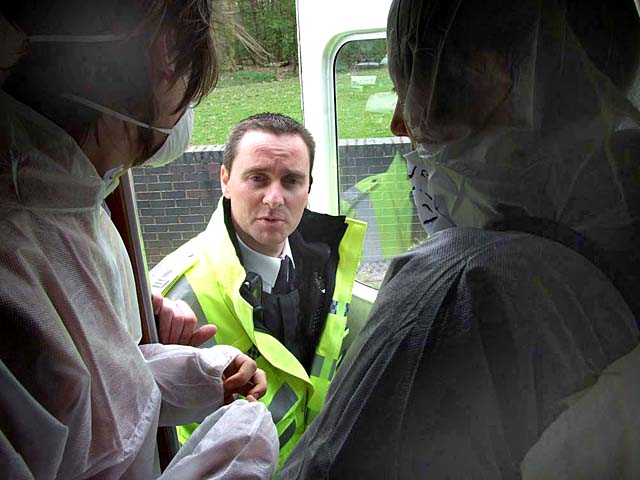 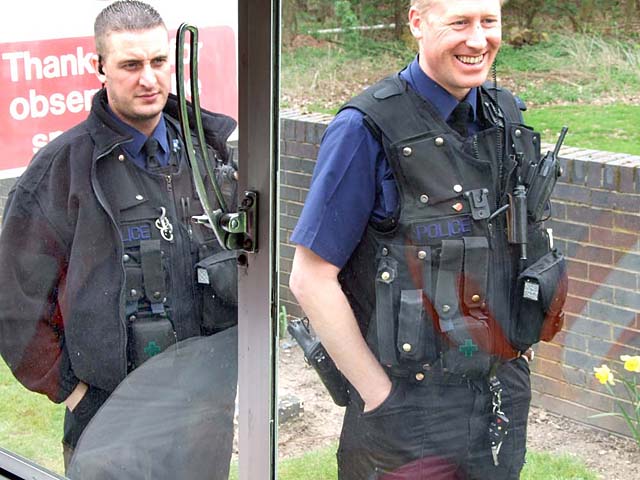 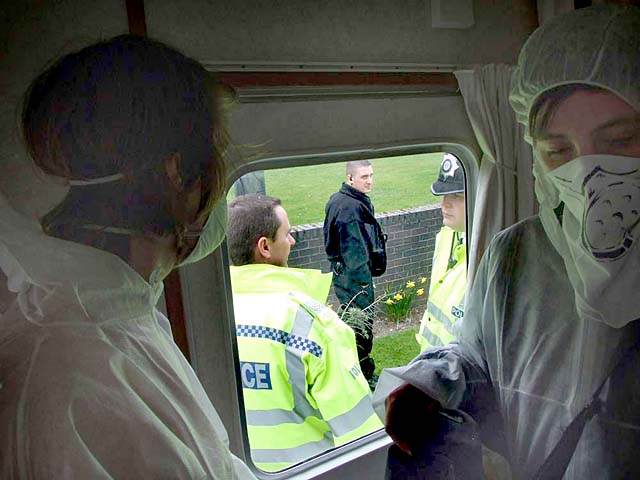 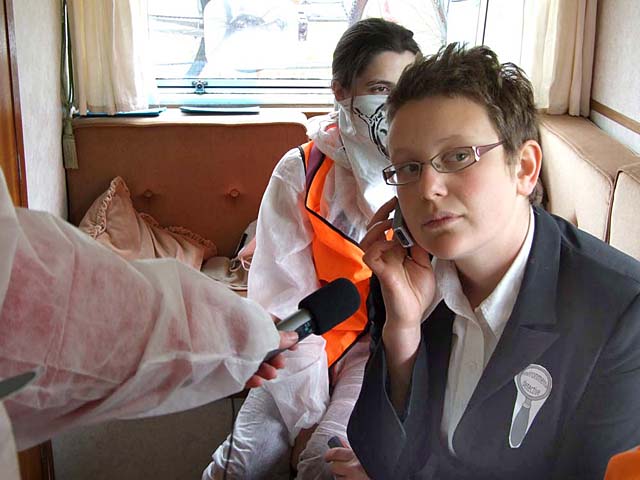 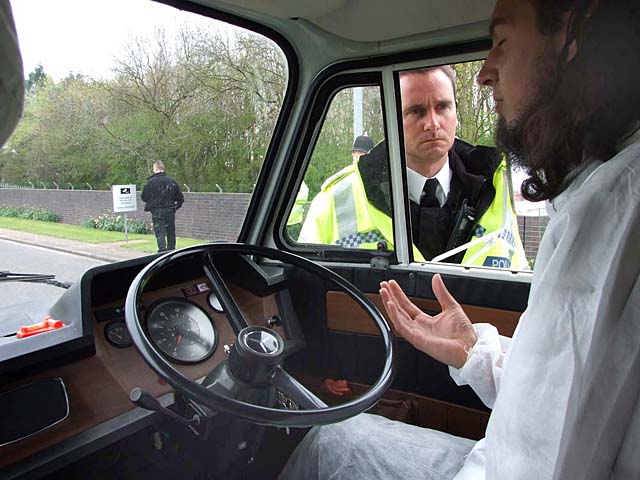 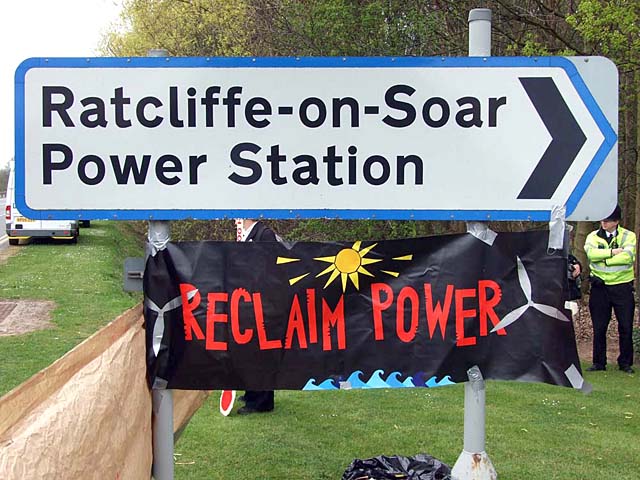 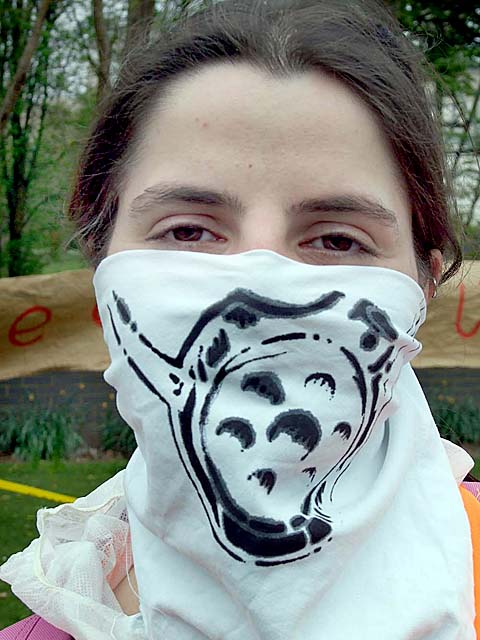 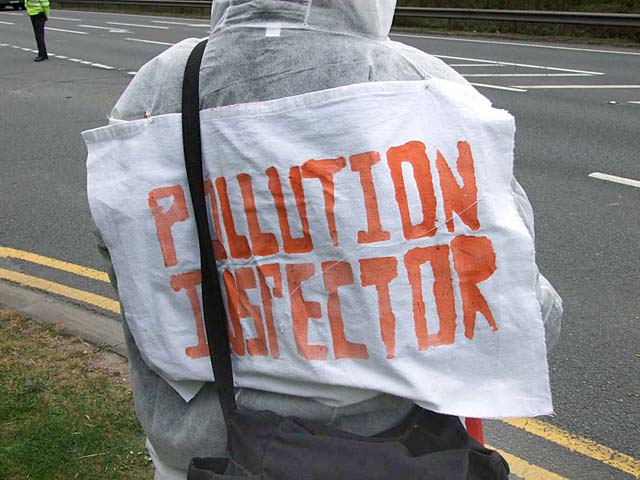 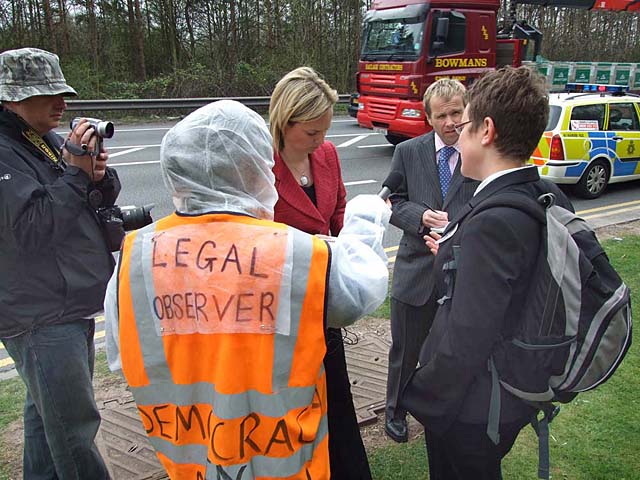 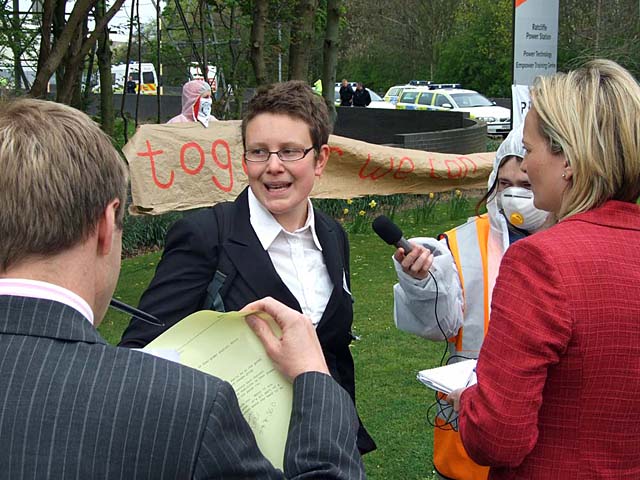 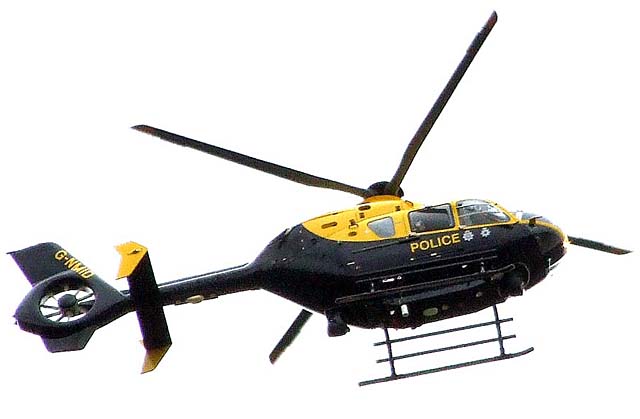 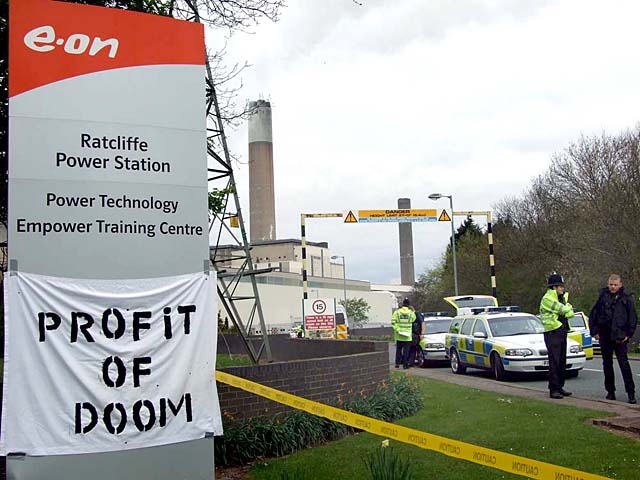 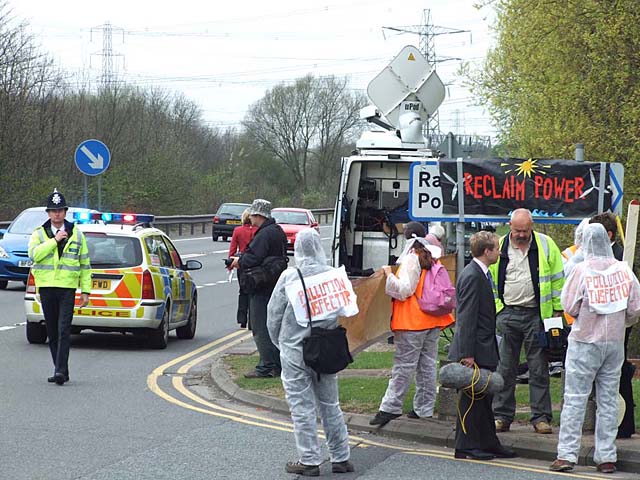 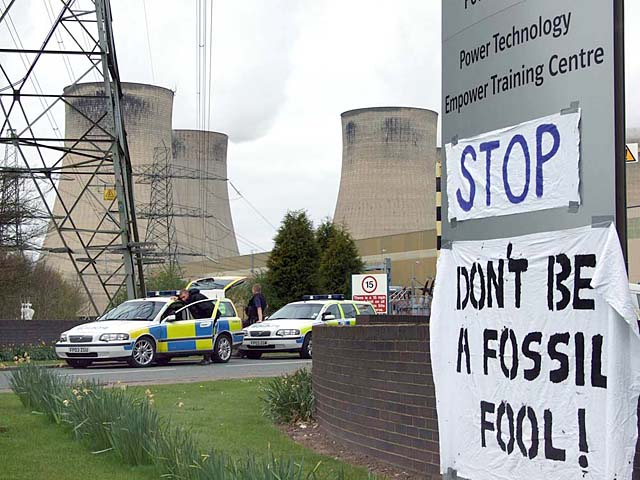 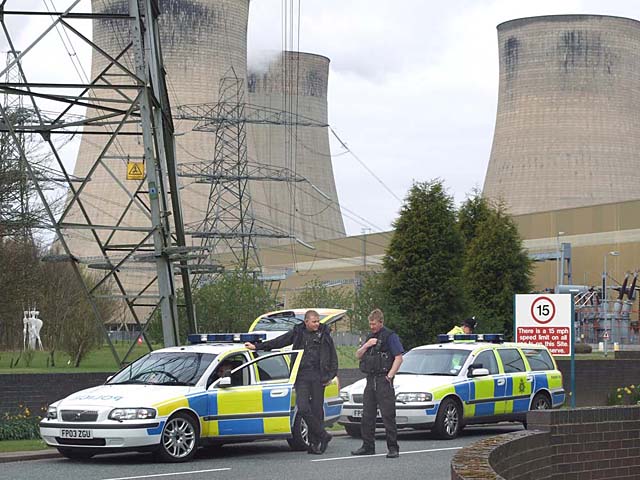 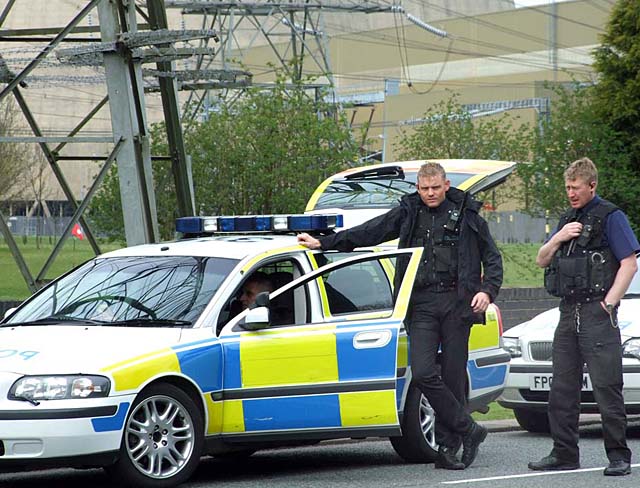 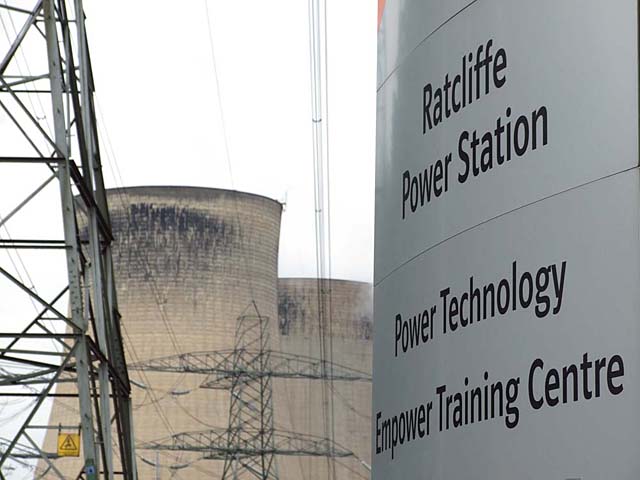 Ratcliffe-on-Soar is located a few miles south of Nottingham on the A453, just short of the M1, on the River Trent

11 people had 'locked on' to dumper trucks and the convear belts, feeding coal to the installation. This of course, caused major disruption to the plant operations for some hours, before they were cut out, and thus arrested. It is believed that they were taken to Nottingham for further questioning.

Many others gathered at the main gate in support of the action there, and kept a presence for much of the day.

Much press interest in the events, and was thus provided a great opportunity for those there, to explain their concern about climate change, and the inadequate response of governments, companies and individuals.

One of the group said “the threat of climate change is so huge and the government so complacent that the people themselves are now acting in proportionate response to this and targeting the root causes of climate change. It's not enough to reduce emissions individually – we need to act together to challenge fossil fuel consumption.”

“Putting pressure on individuals to reduce emissions when companies like E.ON are profiting from this polluting industry is obscene and irresponsible. We should not be burning coal in the 21st century”.

Thu 5th - Wed 11th Apr, Spring into Action - A week of workshops, events, music and action on climate change happening at different venues across Nottingham. It is expected that within this period, there will be some workdays, were you will be able to turn up,and get involved in helping build the project Spring Into Action - A week of events on Climate Change, happening in Nottingham Thursday 5th - Wednesday 11th April 2007.

Please check Nottinghamshire Indymedia on the 'Events' column [left hard side] for details of what when, how and where, nearer the time.