Solihull Protest Against Deportations to DRC

Over 200 people protested today at the immigration reporting centre in Solihull, near Birmingham, against deportations to the Democratic Republic of Congo. The protest, organised by the Congo Support Project, was part of a UK-wide coordinated day of action to mark a "directions hearing" for the Country Guidance Tribunal regarding DRC asylum seekers.

There was a large and heavy-handed police presence and the protest was penned, twice, into the car park after protesters refused to stay in the tiny designated area on the grounds of Sandford House. Protesters, however, broke off after a while and blockaded the road for about 2 hours. Two people were arrested, one also assaulted by an aggressive cop. They were released later on but only because their fellow protesters, in an empowering show of solidarity, refused to leave the site before they were released. 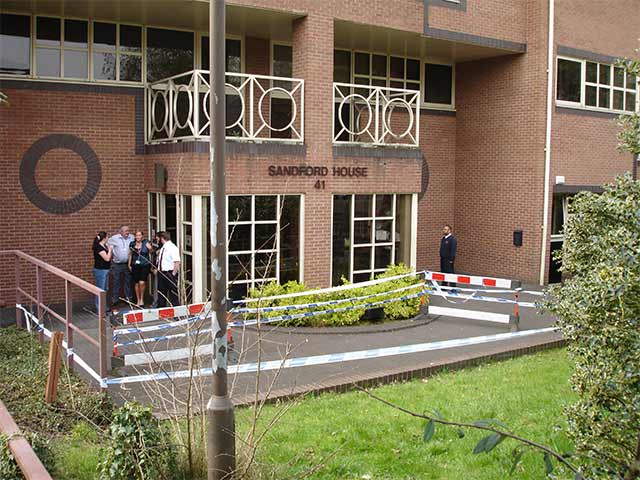 the designated protest area on the grounds of Sandford House 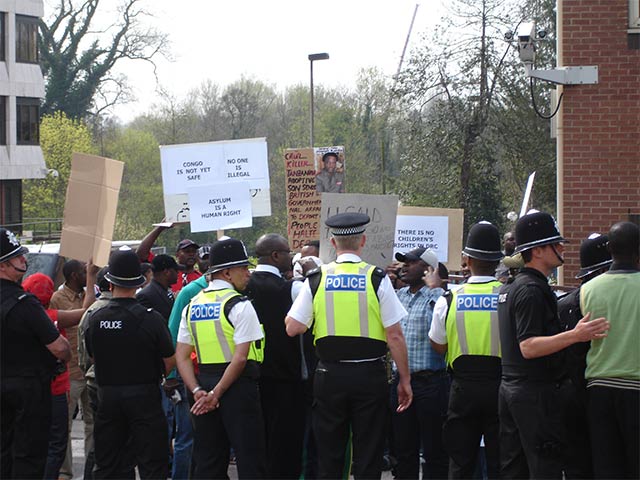 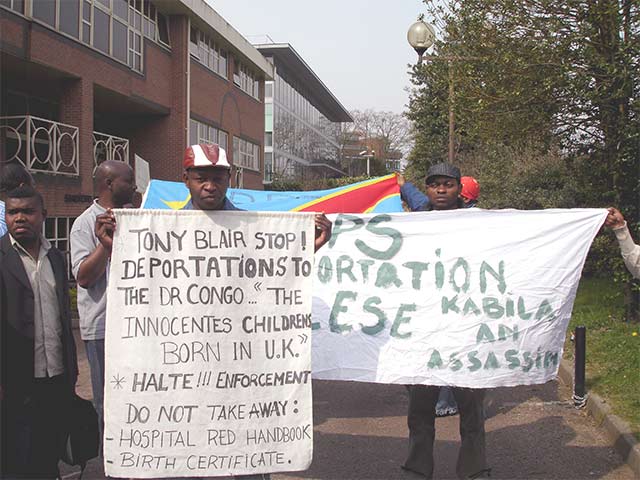 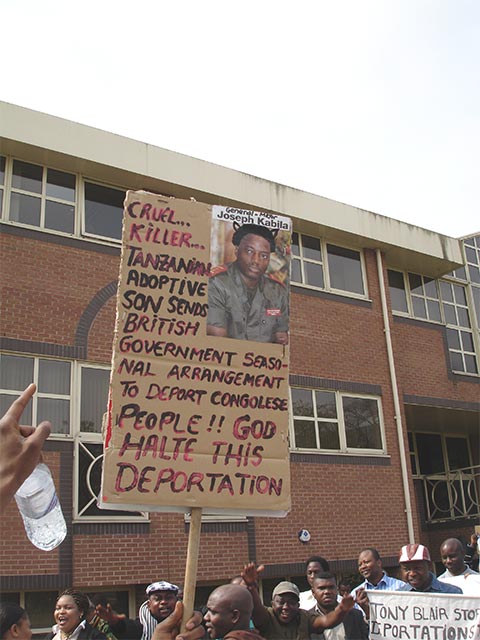 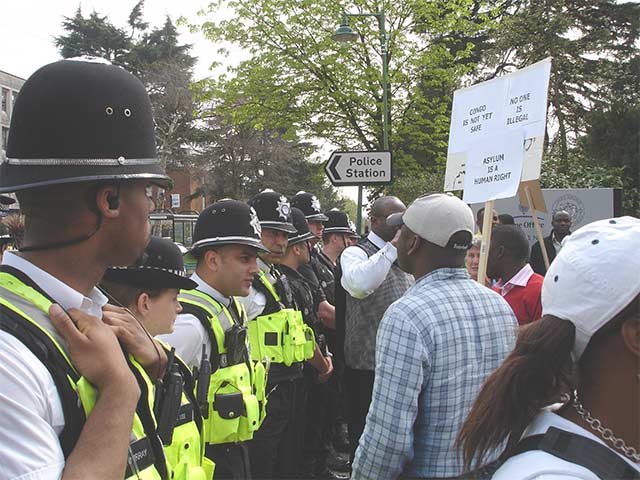 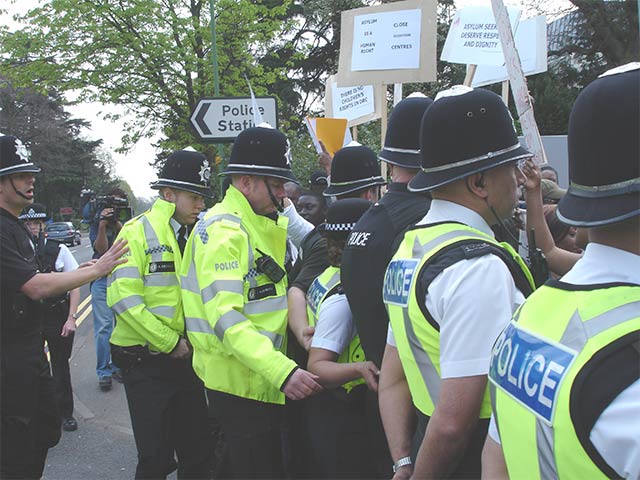 more reinforcements arriving after some pushing 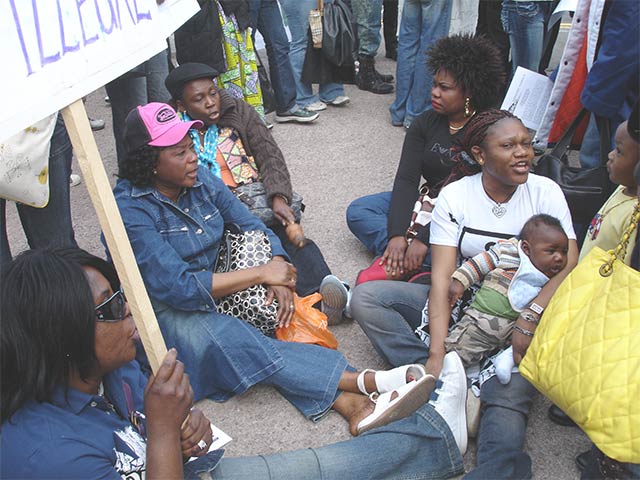 some women do a sit-down to prevent staff's cars from leaving.. 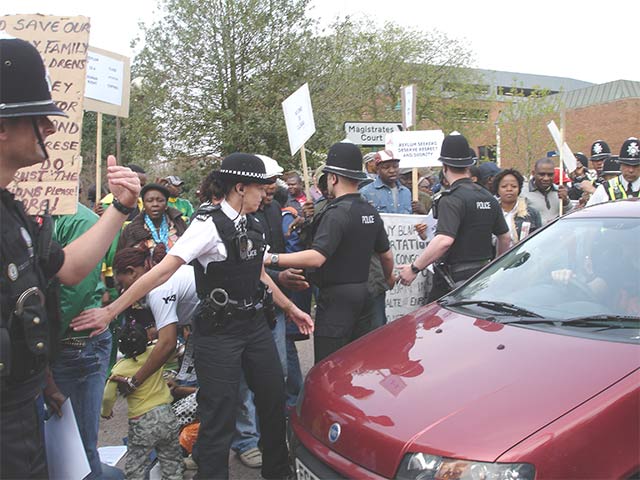 but police clear the way and they leave 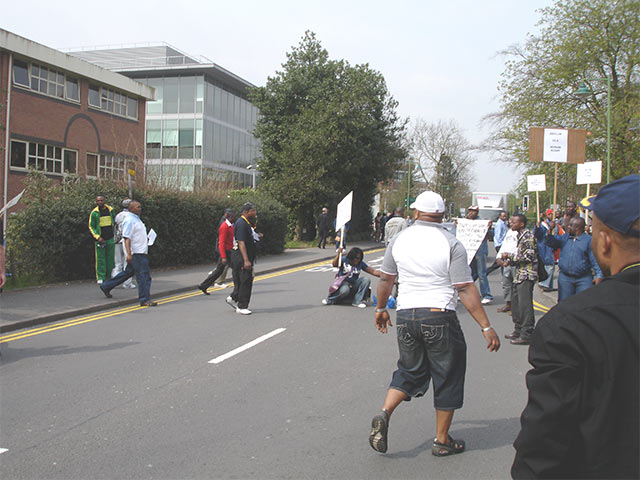 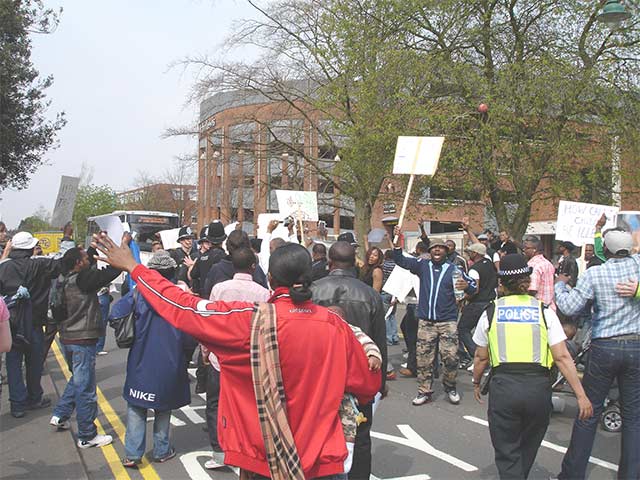 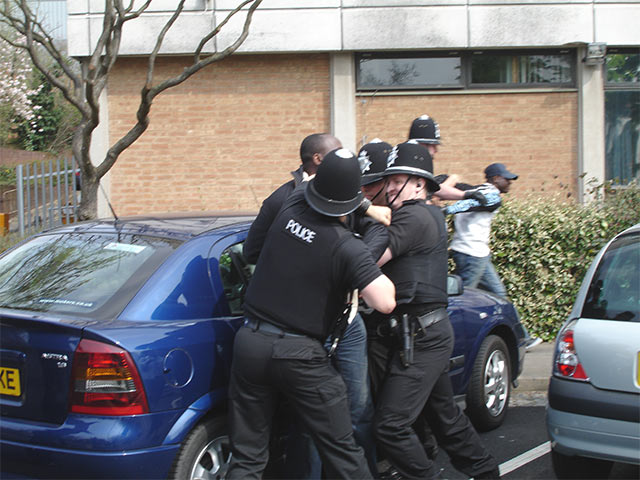 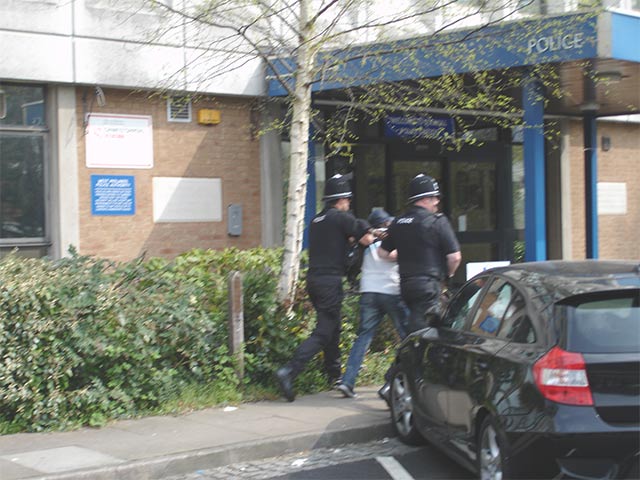 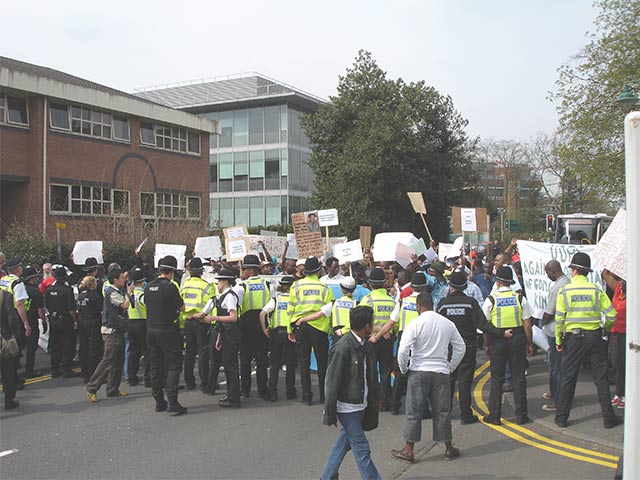 a 2-hour blockade of Homer Road 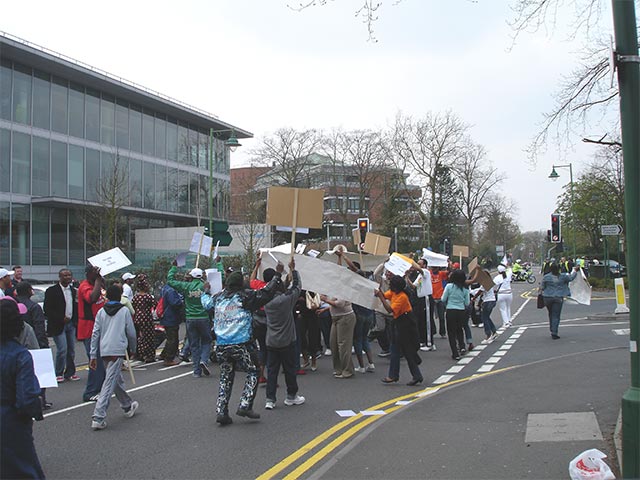 marching and dancing up and down the road 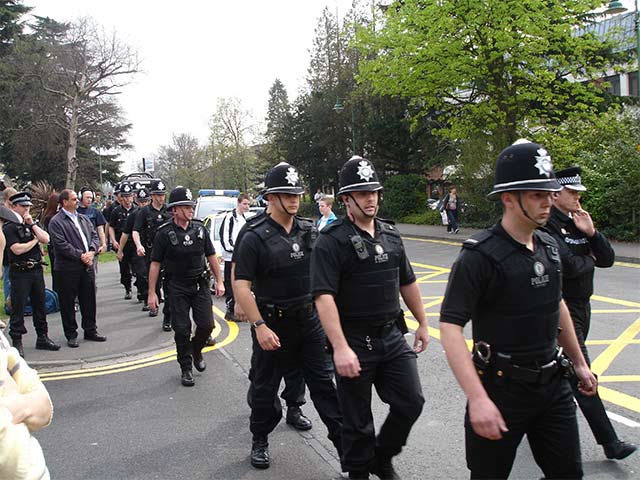 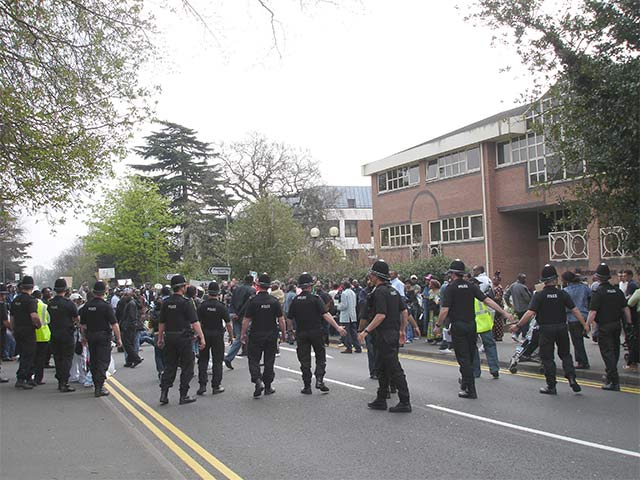 to surround the protest and 'kettle' it 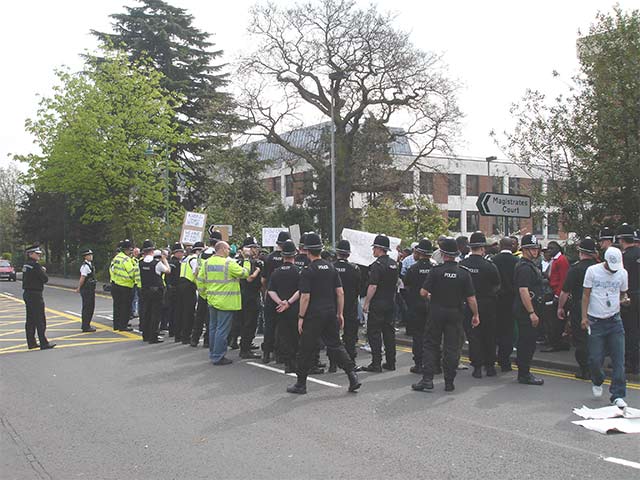 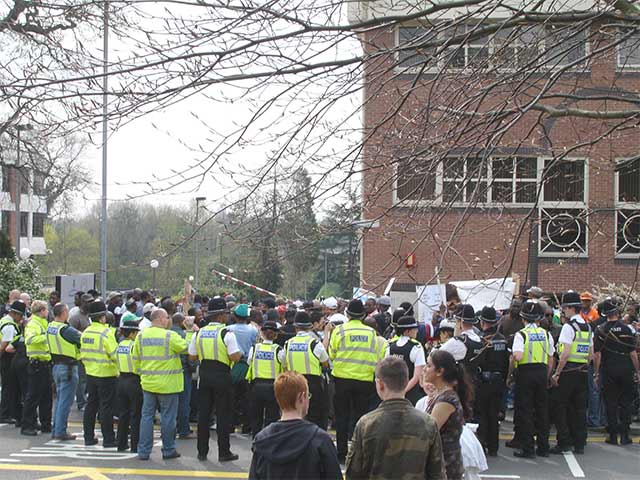 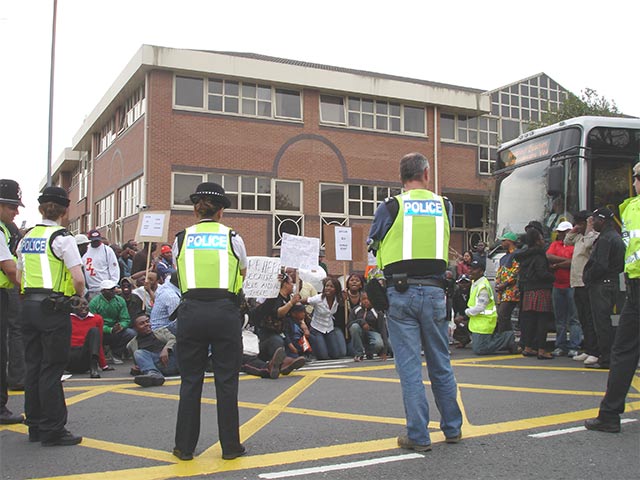 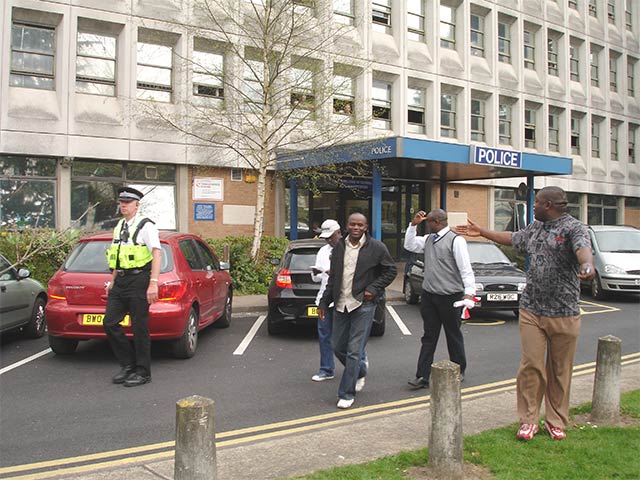 which the police, facing all this determination and solidarity, eventually did!

Some photos of the protest. A detailed report will follow soon.