Where do you think the world's problems actually exist? 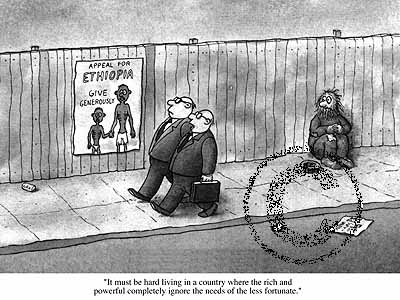 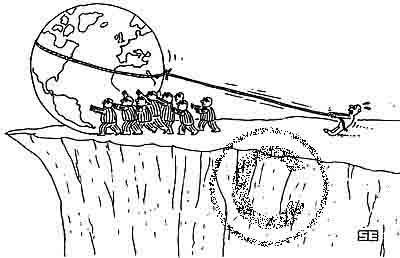 Could it be the fact that with a little income you can buy precisely anything you want, provided that your income is high enough.

Most waste this on buying the junk that corporations push out to distract their punters/ clients from the truly important resources in life, which they then keep for themselves.

It's all a con. Someone probably once simply tricked the other villagers into believing that they owned that area of land, perhaps saying that it would assist in the functionality of the community.
Banking also should now be obsolete. It was a useful method of transferring goods from one destination to another without the need for a mule, nowadays we have machines that do the transporting.

Sooner or later you're going to get bought out. If you've had a good idea and start earning some cash for yourself then i promise you there will be a day when a larger corporation decides to either peacefully buy a large amount of your company for a sellout's paycheque, or take you over by purchasing all your shares from your other investors using the same tactics. Anyone who sells their idea for a fat paycheque and some man, or woman, in a suit is not worthy of redemption.

Addiction is a useful means of tapping into your funds. If you're addicted to a substance, be it heroin, sugar, tobacco, alcohol, amphetamines or whatnot, you are much more likely to spend what you earn on that and not the food and housing that is so essential to your survival.

Whatever happened to love?

We're all being robbed via mindwashing adverts and the addictive chemicals that companies place into their products to ensure future market.

Enough with all this ignorance! It's time to wake up.