The sun was shining today in Crawley, West Sussex, when over 100 people took part in a demonstration trough the town centre. The protest was called by the NoBorders network to show opposition to the planned building of a new migrants detention centre near Gatwick airport. The new prison for refugees and asylum seekers aims to 'accommodate' 400 detainees when it gets built. Here there are some photos of de demo: 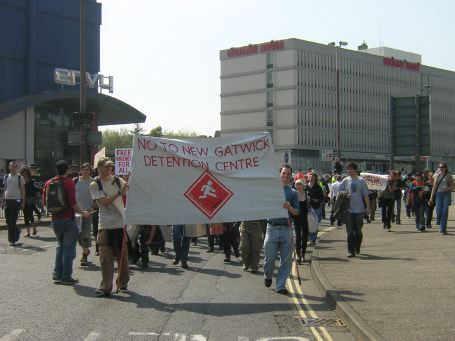 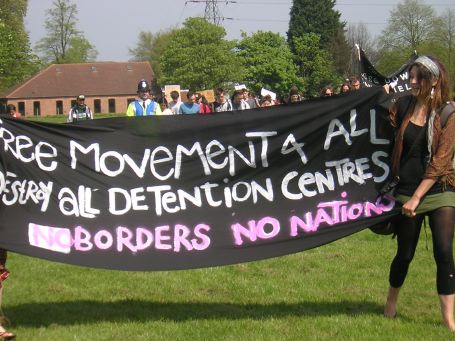 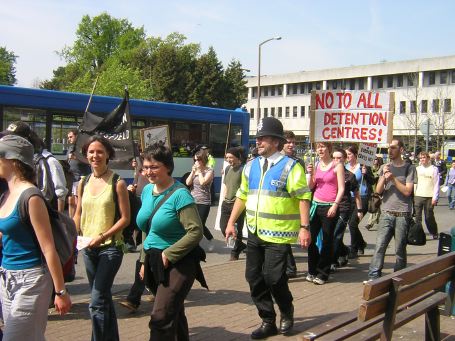 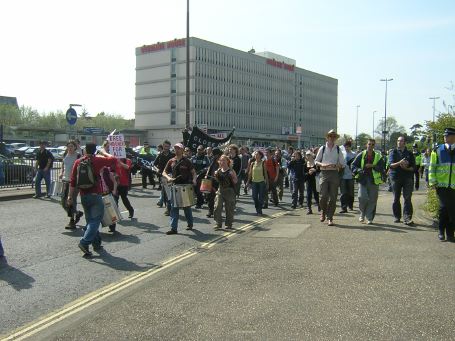 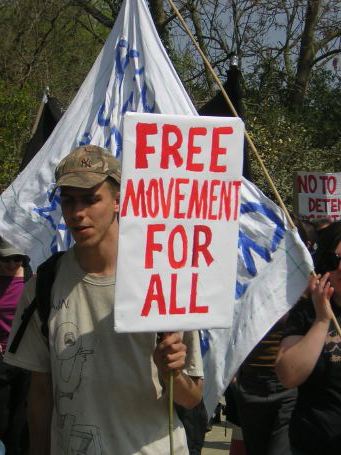 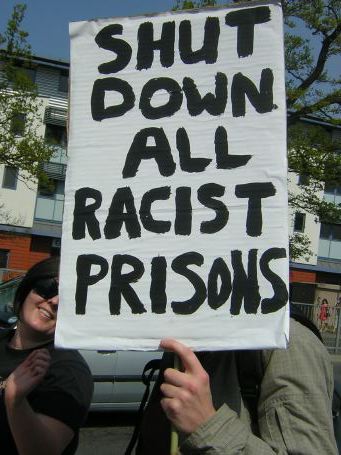 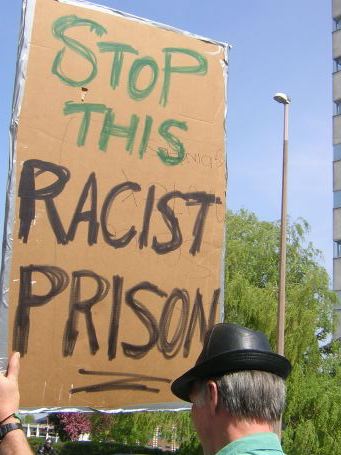 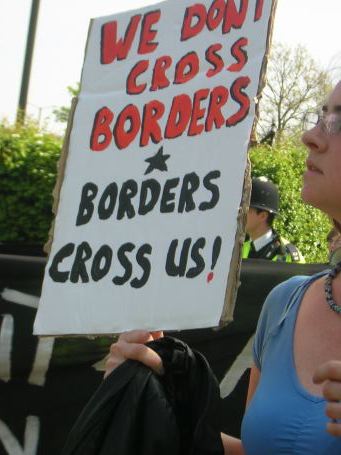 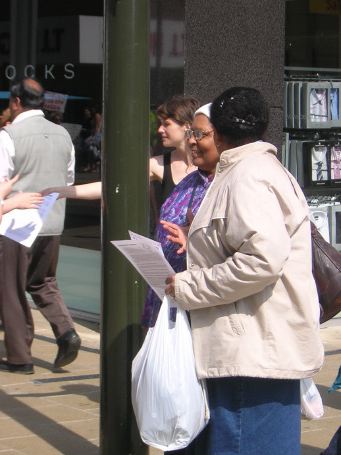 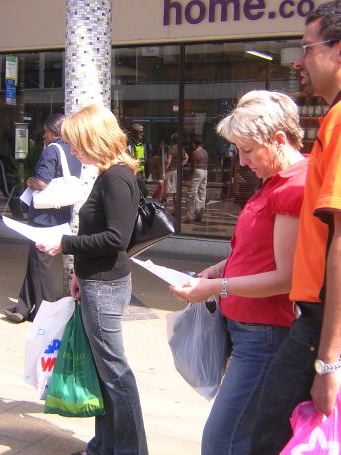 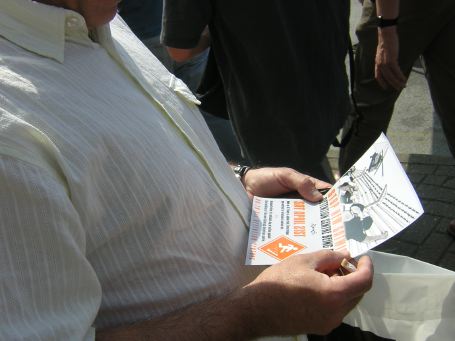 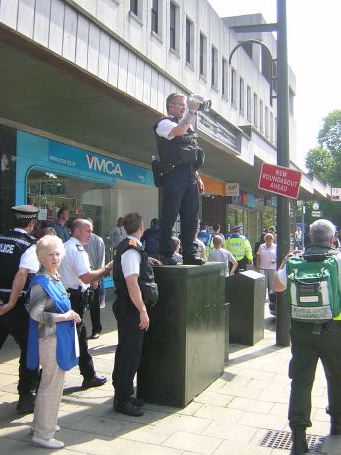 The demonstration, which was mainly made of two large groups from Brighton and London, passed through the town's centre in the high of Saturday's shopping spree. Many leaflets were given out, informing the locals about the reasons for the demonstration, whilst pointing out the fact that a new concentration camp for innocent people is about to be built in their doorstep.

The demo, which took to the middle of the road for the most part of the afternoon, was constantly followed by three police vans, and at least 5 police surveillance teams on foot, which constantly, and obsessively kept videoing and taking pictures of those demonstrating. Today's display of police's obsessive (dis)order with surveillance took to new limits. At some points several police teams were running around the crowd all at the same time, in what it seemed some sort of internal competition to see who would get the best shots. Scenes worth of the best comedy! But none of that stopped the crowd from deciding the route of the demo throughout, which ended in a square in the middle of town.

stand in the way of control

not dealing with the cops paid off...we achieved what we want; let people in Crawley know about another racist prison been built on their doorsteps