If you go down to a field tonight you're sure of a big surprise, because you may find yourself surrounded by Police, out to use the full weight of the law and the resources of the State to stop you having any fun there! 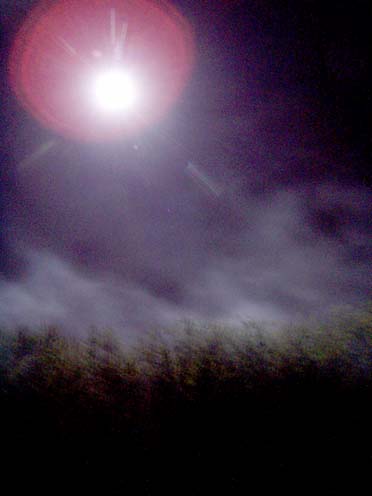 Not a UFO, but the Copper Chopper! 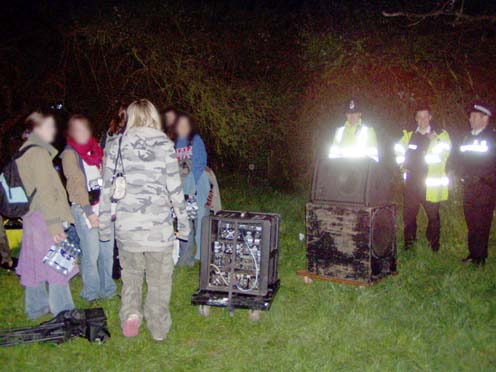 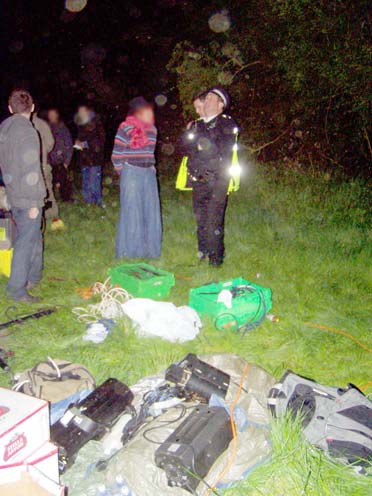 The show was over before it started! 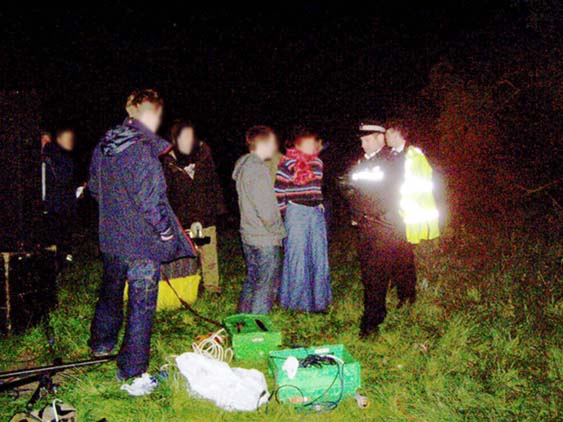 Reading The Law to the Organisers. 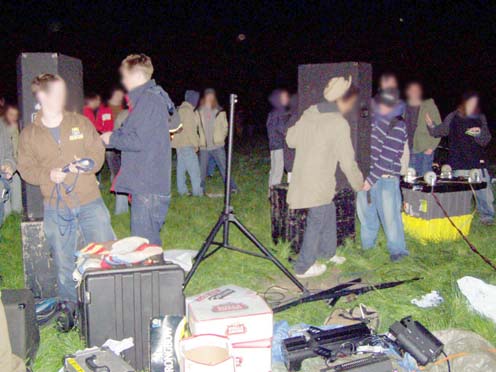 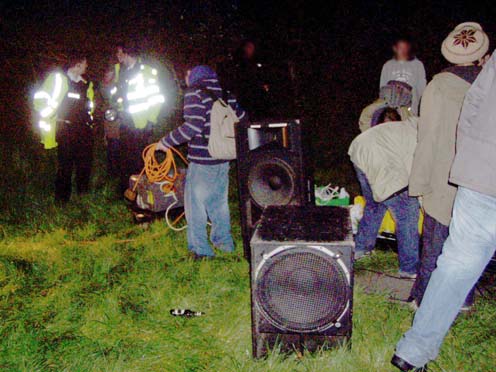 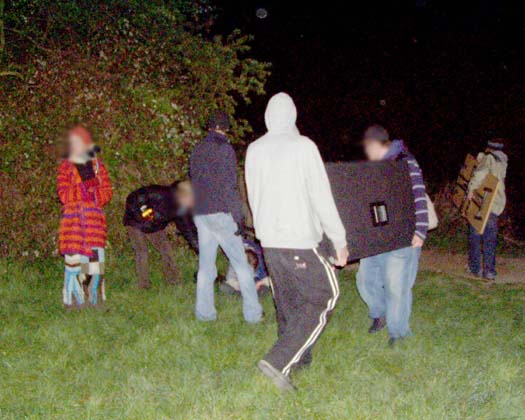 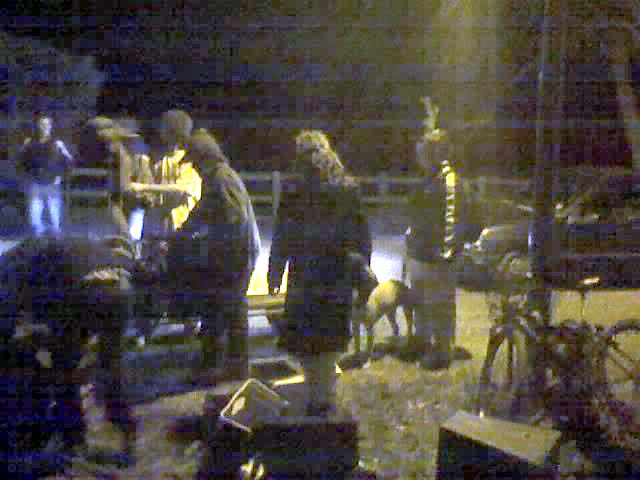 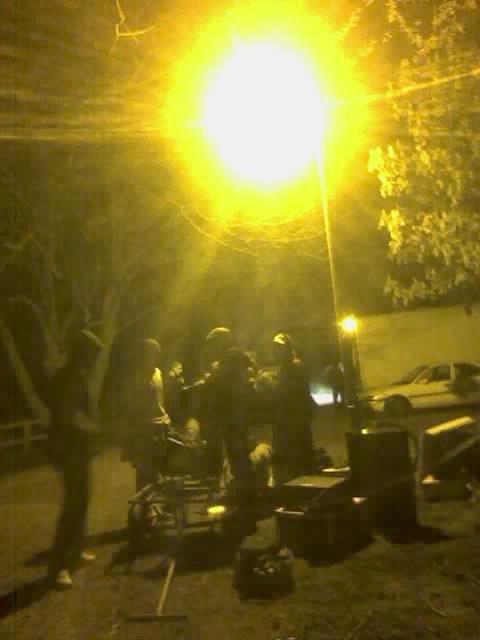 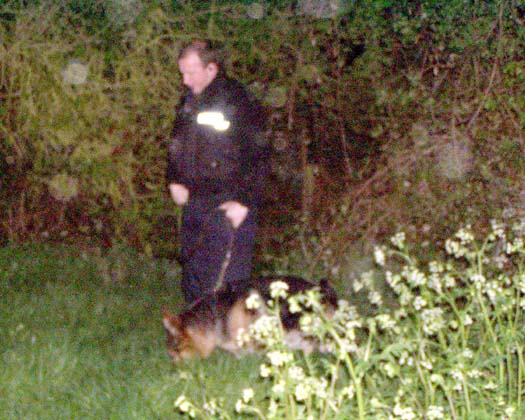 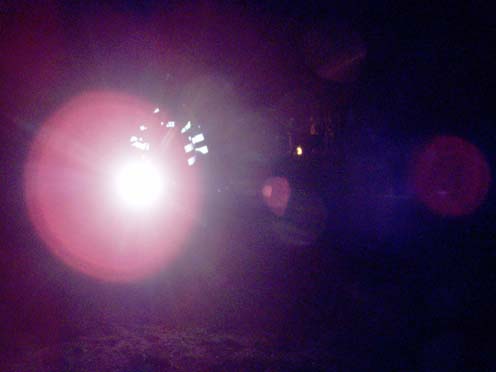 In the glare of a spotlight, but it's not very showbiz! 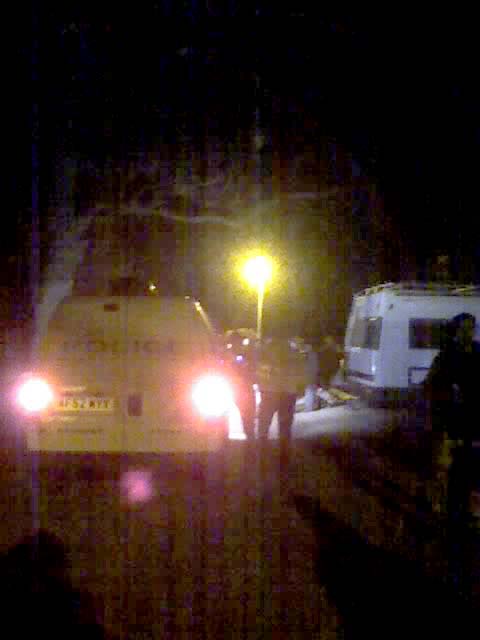 Part of our send off committee.

On Sunday the 22nd of April 2007 at approximately 1:00am the Police State flexed it's muscles as about 250 partygoers were told by Police that the area of Granchester Meadows had been 'sectioned', and the sound systems should pack up (before even completing setting up in the first place!) and that everyone present should go home.

The Police operation comprised having the local Police Helicopter in the air for about an hour (that's about five grand's worth of aviation fuel burned then), sweeping Granchester Meadows, and possibly Granchester High Street with its searchlight, a few members of Dog Section, one of whom (pictured) tried to tell me not to take pictures, even though we were on Common Land at the time.

There seemed to be many Police Officers and vehicles deployed for this operation, although interestingly, no F.I.T. Teams were present, but it's fairly safe to assume the Helicopter got it's fair share of video footage!

The Police response could on the whole be said to be restrained but to the point (unlike their Essex Contingent, whom are infamous for their more strongarm tactics), although clearly some officers present were somewhat lacking in social skills, while others politely conversed with partygoers whilst waiting for the party organisers to pack their equipment away.

On the way home I blagged a lift from one of the organisers, whose van unfortunately happened to stall several times and was spotted by one of the numerous Police vehicles cruising around the area post-bust.

Well, I leave you dear readers to draw your own conclusions about that last statement, but what I will say is that I'm sure most of you reading this will agree if I say that public funds could have spent on far more worthwhile things than stopping a few people from dancing in the middle of a field!