Friends of Queen's Market, who oppose the development plans for London's most ethnically diverse market, next to Upton Park tube station2727, today leafleted shareholders attending the annual meeting of developers St Modwen at Ironmongers' Hall in the City of London today. 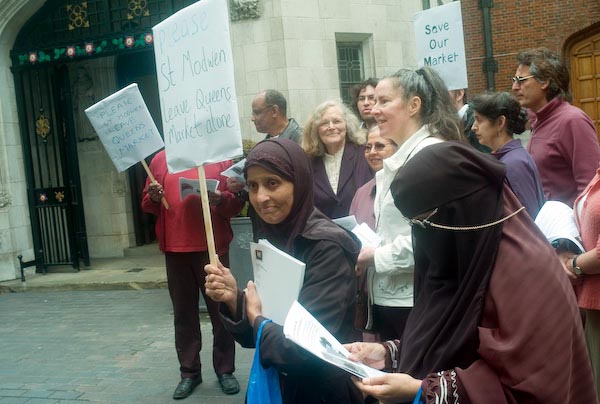 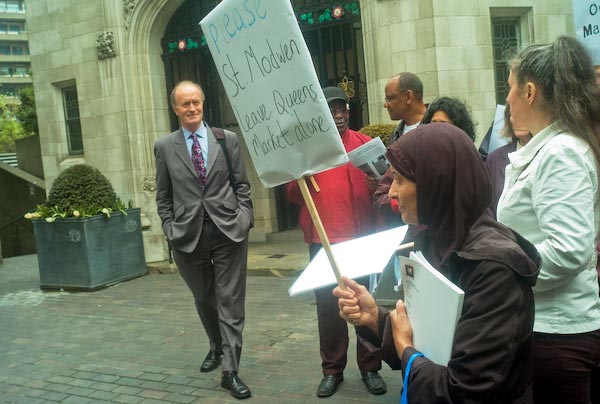 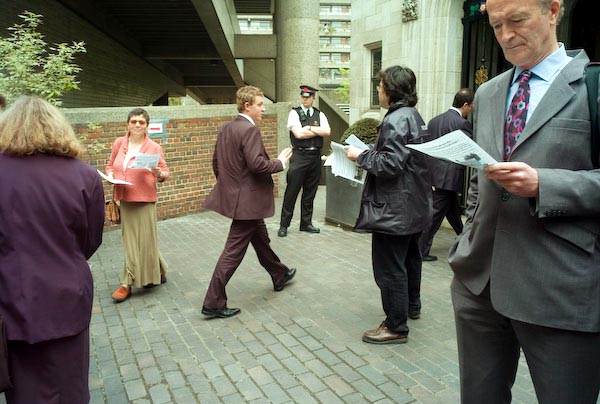 The development by Newham Council and St Modwen will freeze out many of the small shops and market traders that currently make this a lively and inexpensive place to shop. There will be less variety, with fewer stalls, shops and kiosks, and rents for shops and kiosks will be raised immediately the development opens (St Modwen have promised to freeze those for the reduced number of stall holders for 5 years), and all traders will have to pay an increased service charge.

Locals don't want the higher prices and less variety and choice this development will inevitably lead to, and together with the local Conservative Party, Liberal Democrats, Green Party, Christian People's Alliance and Respect they oppose it. Last October women in the area organised a protest march, with strong support from all the communities in the area.

Newham Council is dominated by an old-fashioned corporate Labour group who have some monstrous planning fiascos in their past. Stratford Market, once something the area could be proud of and a vital centre to the town is now a nightmare shopping experience.

Many of those entering the shareholders' meeting seemed unaware of what was going on. The protestors want both the board an the shareholders to become fully aware of the facts of the development - and the bad publicity that St Modwen has already earned from its involvement, which can only get worse.

Queen's Market is in need of improvement. If this scheme goes ahead it won't get it. Asda Wal-Mart, previously a partner in the development, realised in June 2006 it was backing a loser and pulled out. Continued involvement by St Modwen will not only be bad for Upton Park but may also blight their other development projects.