"I sought advice and indeed direction if you like from the rank and file of the party and those who attended those meetings were very strong in their view that we shouldn't change the policy," he said. 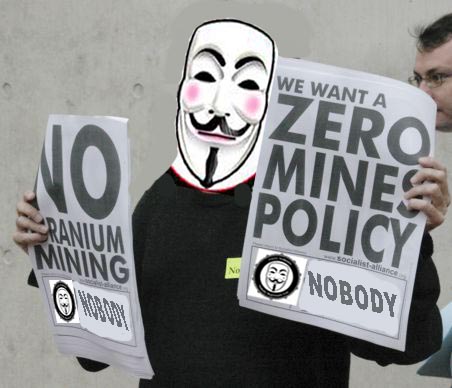 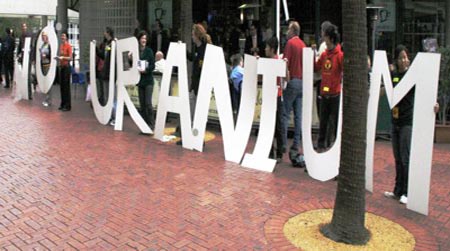 The Australian Labor Party [Lib/Lab] will vote on its uranium policy at their national conference in Sydney today.

The Member for Lingiari in the Northern Territory, Warren Snowdon, will vote against Labor expanding its uranium mining policy.

Mr Snowdon has told ABC TV's Stateline program the NT Labor branch still has the same concerns over uranium mining as it did decades ago.

"I sought advice and indeed direction if you like from the rank and file of the party and those who attended those meetings were very strong in their view that we shouldn't change the policy," he said.

"So as president of the party I feel it my duty that I represent that view accurately on the floor of conference and I will."

The Australian Nobody party doesn't need to vote on its uranium policy because they've banned uranium full stop. Because a Vote for Nobody is a Vote for Everybody.

Meanwhile businessman and chair of Australia Nuclear Energy, Hugh Morgan, says South Australia should market itself as the hub of the nuclear industry.

He says the state remains one of the world's best options for the growing nuclear industry.

"There are options, quite clearly options I think, of having an international atomic energy agency engaged with international companies, international governments making Adelaide a centre for nuclear physics study and having a waste repository in South Australia," he said.

Nobody, environmentalists, socialists, public education advocates, campaigners for "the Burrup" in WA, and others, were all outside the ALP conference this morning. There was a big focus on opposing uranium mining in the context of the expected decision of this weekend's conference to allow an "open slather" uranium mining policy.

Uranium = weapons, waste, health disaster, theft of Aboriginal land and absolutely no answer to the problem of global warming.

A Sydney Morning Herald online article featured a photo of Socialist Alliance member Jakalene X (who added a lot of passion to the protest) and others. The paper reported that: "Members of the Socialist Alliance shouted slogans, saying that an expansion of mining would be all about money and greediness."

But Nobody will change that!

There will be another protest ("public lobby") against uranium mining Sat 28th April at 12 noon at the Darling Harbour convention centre.

Instead of the current system of pseudo-democracy we believe in Direct democracy which is based on equal participation. In order to be free & happy, we need to run our communities, our workplaces & our own lives.

Vote Nobody Next Federal Election

Federal elections are coming up and it's the same old joke as usual - a "choice" that isn't one! Instead of not voting, how about voting for Nobody?

You should vote for Nobody, because: