The very well attended Mass got off to a good start, despite a spelling mistake on the kindly donated t-shirts. There was the usual large police presence with its usual intimidating videoing of riders. Pity they can't take their own medicine and try to conceal their faces.

The video should play on both Quicktime and latest Windows Media Player. - video/mp4 16M 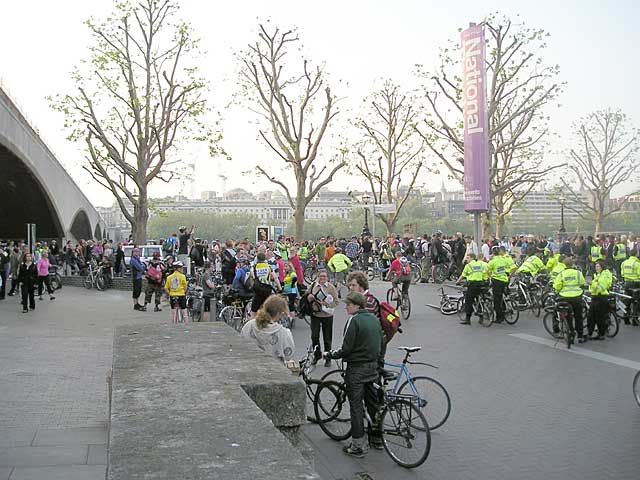 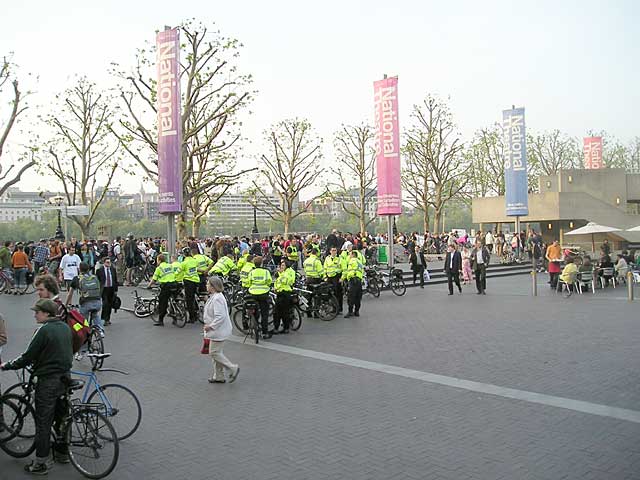 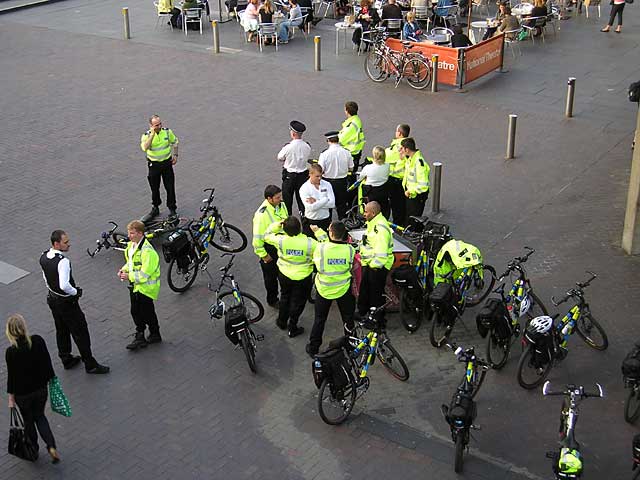 The police returned to their previous tactic of blocking the front of the ride, thus adding to traffic congestion. At the entrance to Parliament Square the front of the ride was blocked for several traffic light cycles. Finally, in frustration, and after some booing at the blockers, riders decide to go around on the pavement to enter the Square. At some point the ride split into two but managed to join up again in the Strand. Videoing stopped at the couriers' pub, while the ride continued on into the night heading Eastwards.

All in all very enjoyable and merry ride.