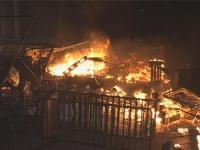 Police was too weak to bring the situation under control. Also in other parts of the city,Norrebro and Frederiksberg, demonstrations turned into riots.


Fuck the Law! Squat the World!


more information on the fights against eviction and the fights for another youth centre: