In Defence of Work Conditions: PCS Strike and Rally in Birmingham

About 70 people turned out today for a rally in Chamberlain square, Birmingham, called and organised by the Public and Commercial Services Union (PCS). The event was one of many events up and down the country.

Earlier in the day, groups of workers picketed in various locations as part of a national discontinuous strike on May 1st. The PCS had launched a national campaign in defence of jobs, services, pay and work conditions. Their demands include no compulsory redundancies and relocations; no more outsourcing without consultation and agreement; fair and equal pays and decent work conditions. 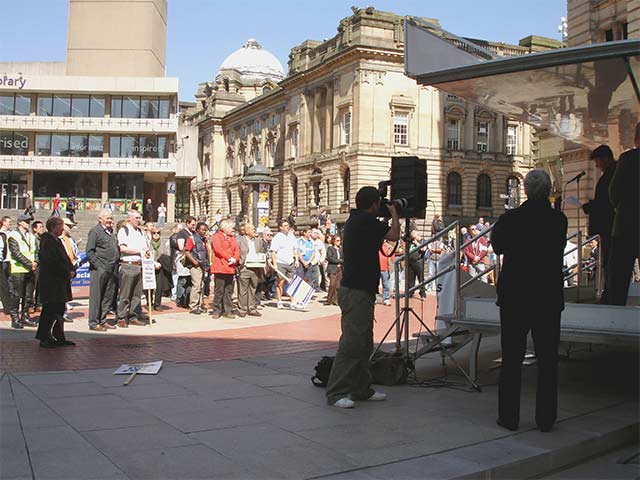 not a very impressive turn-out! 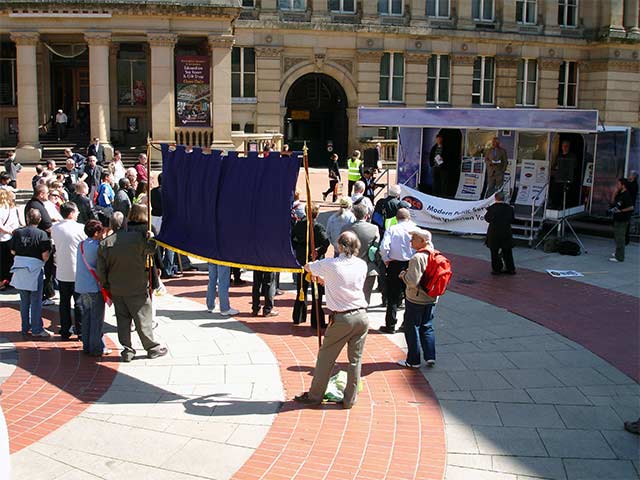 the crowd and the stage 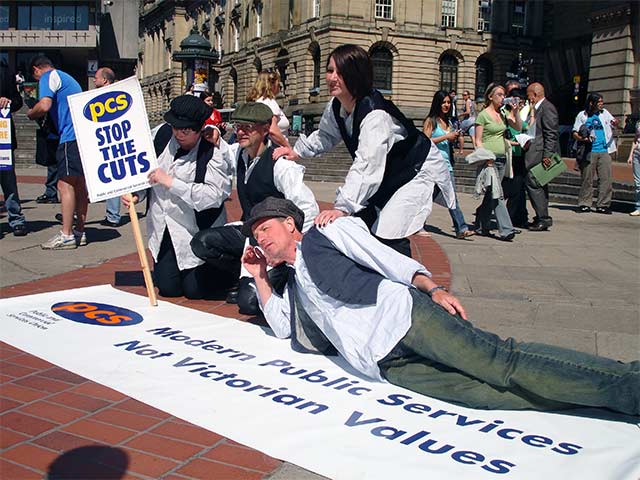 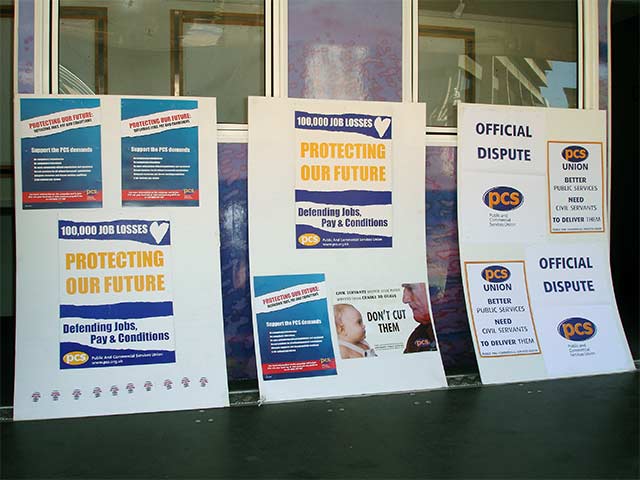 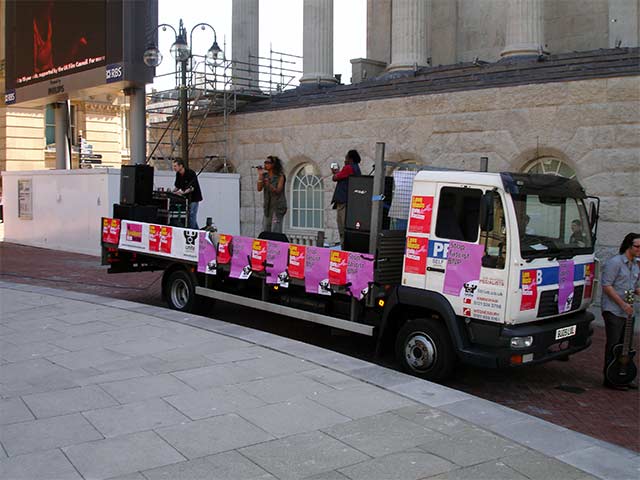 songs against racism and the BNP 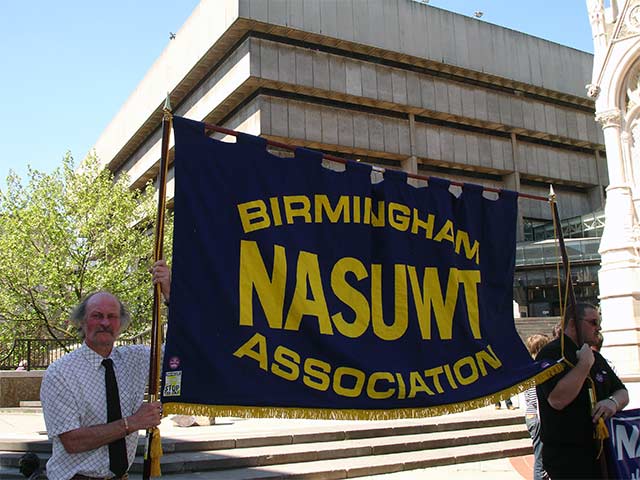