50 people share food, drink and music in Kennington Park, South London. A 15 foot Maypole was erected before the eye of bemused officers of the law and dancing proceeded.
As we speak, the picnic continues and fun is had. The maypole is a lovely stripy orange and white pole with ribbons topped off by a large red CCTV camera. Ha Ha Ha...Who said anarchists have no sense of humour! Banners read 'Kennington Park - A common place for all' which refers to the history of enclosure of the park and also continuing struggles against a rich clique within Friends of Kennington Park who had succeeded in throwing the Ecuadorian volleyball players out of the park a few years ago. Now they are attempting to get people playing football banned. Another banner read 'WORKERS OF THE WORLD- RELAX!!'. Other red and black flags were brought by those who had attended the annual Mayday march in central London.

So get on down for the last hour or two and bring a friend. The cops pissed off as soon as they realised that there intelligence was not good and that when a Mayday picnic is held to celebrate workers resistance all over the world then in fact a picnic in might in fact be!

Earlier, the organisers of the Mayday festivities, the Camberwell Squatted Centre, 'won' a month adjournment in court against the 'owner' of the building..so carry on up the social centre, come on down, loads going on....get involved!!!

Some photos of Mayday South London 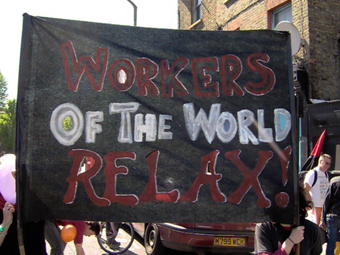 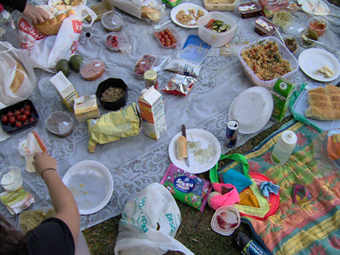 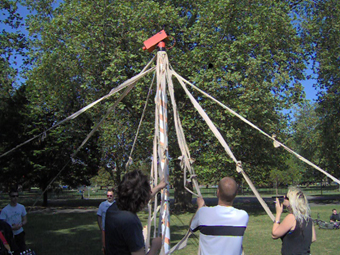 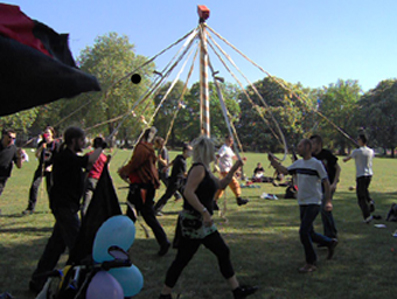 and off they go! 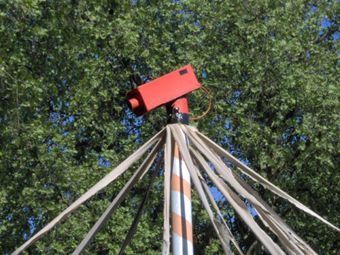 Top of the pole

Here you can see the masses frolicking...