The Glasgow Mayday street party passed without any incident as police and partyistas behaved both politely, respectful and cooperatively towards each other. 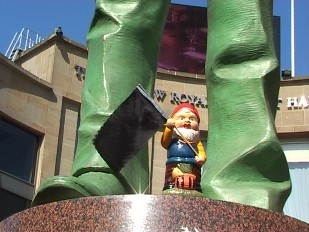 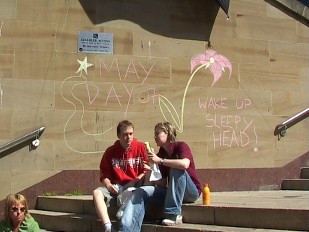 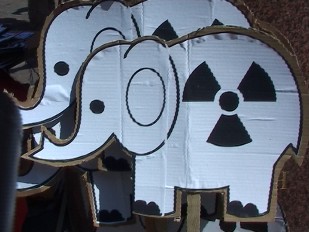 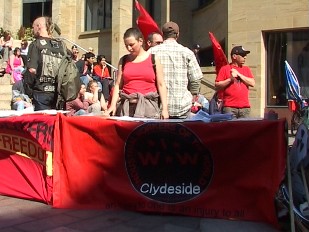 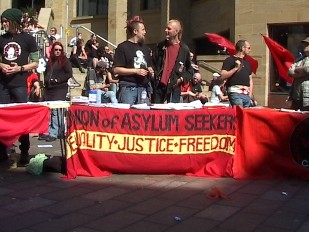 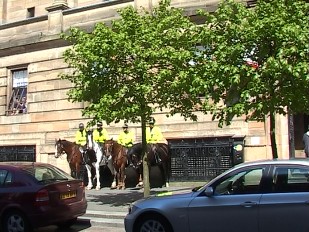 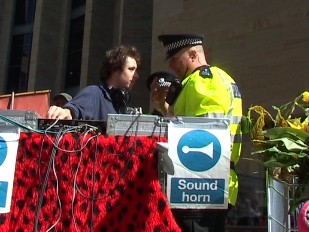 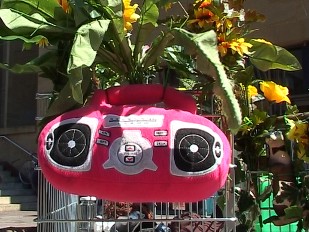 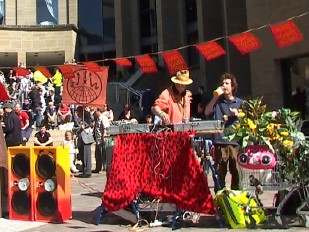 After the exitment during the G8 2005 Mayday, everybody seemed to be pleased to return to a smaller event with a shorter march and enjoyed the absence of the aggressive London Metropolitan police.

However, the local police just could not help themselves and brought their collection of impressive tools on the day out: police horses, motorcycles and videocameras had to wait for about four hours though till the traditional walk to Kelvingrove Park began from Buchanan Street.

This year, there was one small little soundsystem in two shopping trolleys providing the music, and the costums were a little bit less carnevalistic than previously, but it was all good fun and entertaining.

The IWW, Unity Centre and Faslane 365 put up an info stall and the family event provided face painting, juggling and dancing fun for icebears, nuclear elephants, witches and a madhatter.