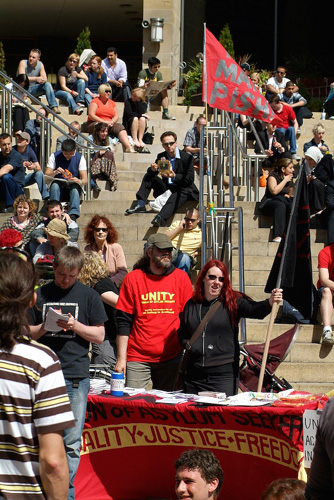 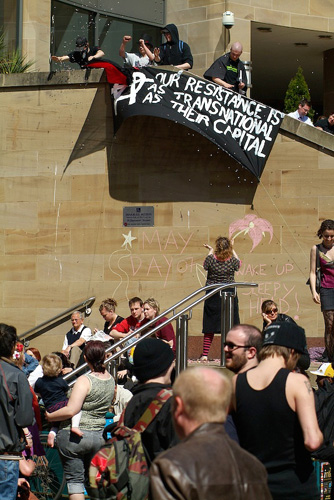 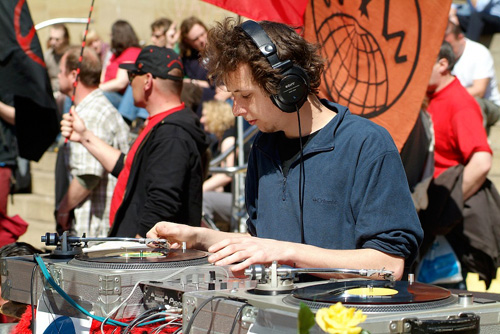 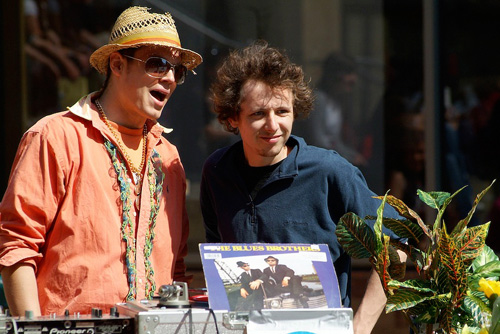 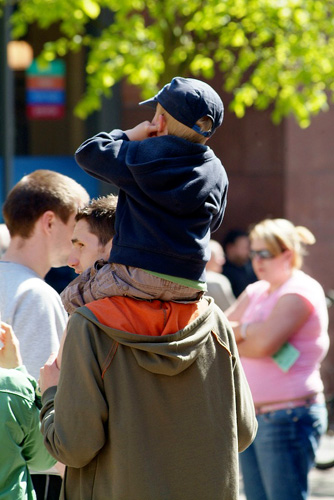 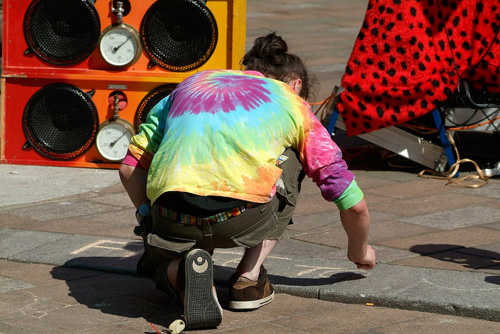 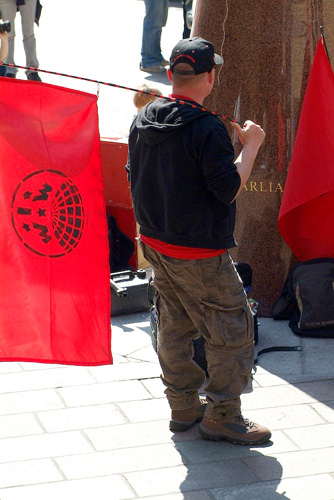 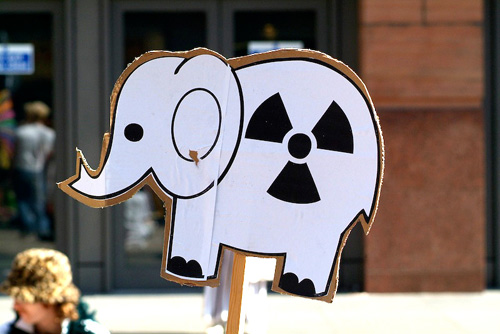 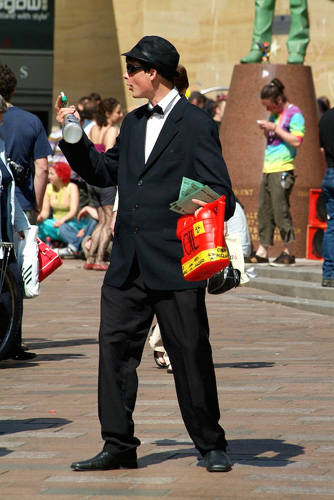 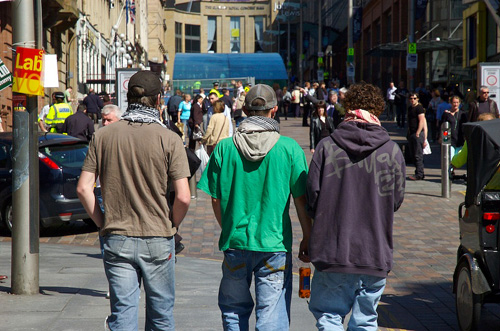 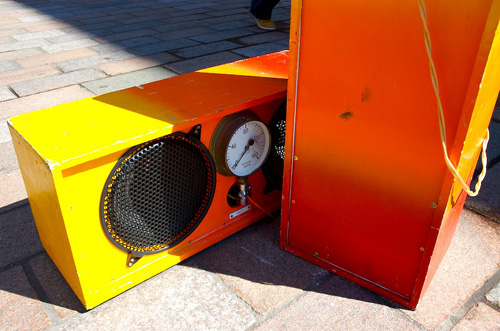 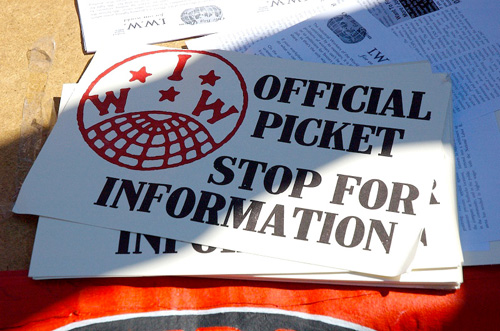 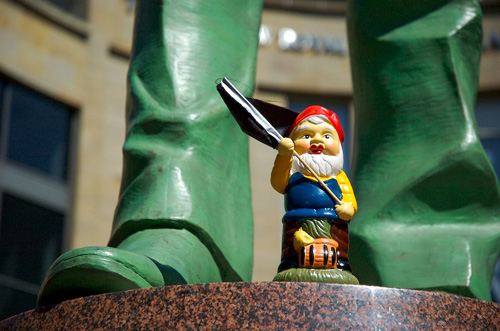 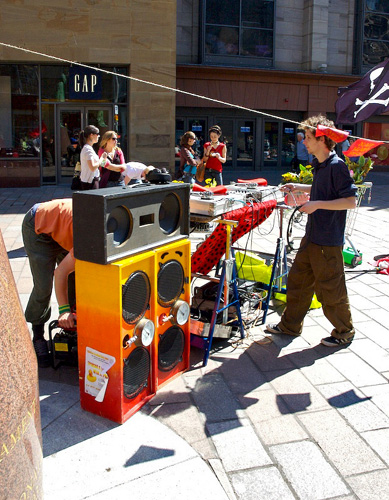 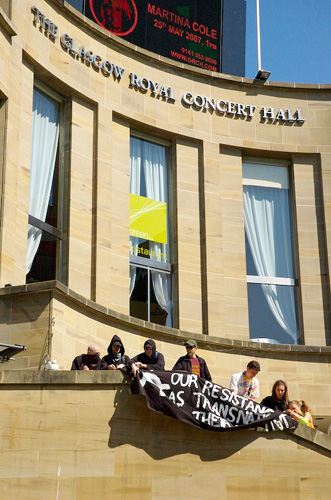 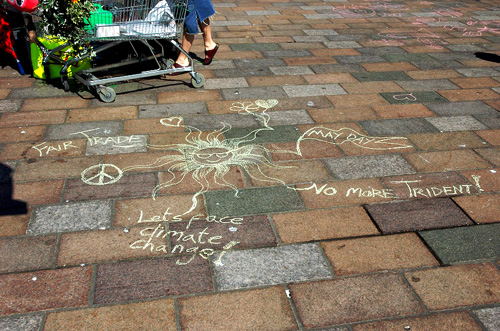 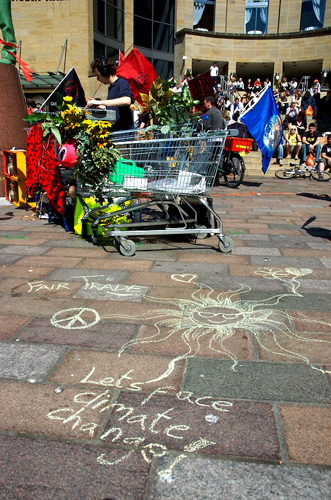 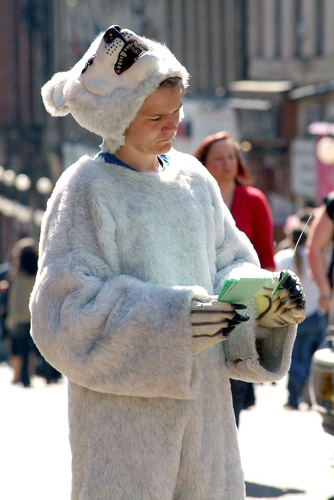 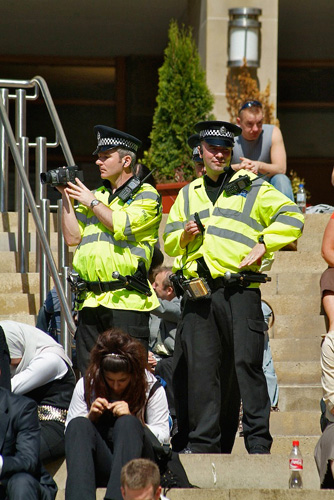 From midday several stalls and a sound system were set up at the top end of Buchanan Street, outside the Glasgow Concert Hall. There was a heavy police presence in the area, however, during the time that I was there they seemed content to keep their distance and I would describe the policing of the event as being light handed.

There were activists from several groups present, including the IWW and Scottish Green Party, along with many other anarchist and anti-capitalist groups. The tactic of staying put in one, very public spot (rather than marching and being herded by the police into less populated areas) seemed to pay off and there was a lot of interest from passers by.

If anyone wishes higher-res versions of these or any other photos, please contact me at