Switzerland, Zürich: After many hours of streetfighting between protesters and police, people began to attack banks, private companies, courts, police stations and cars of the rich with fire bombs and paint bombs. countless windows were smashed. 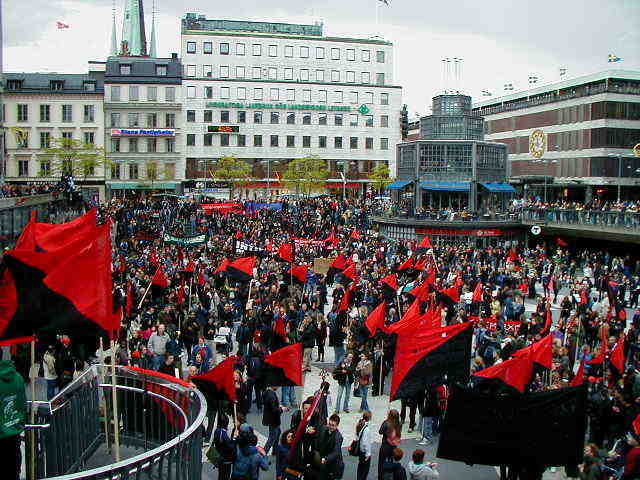 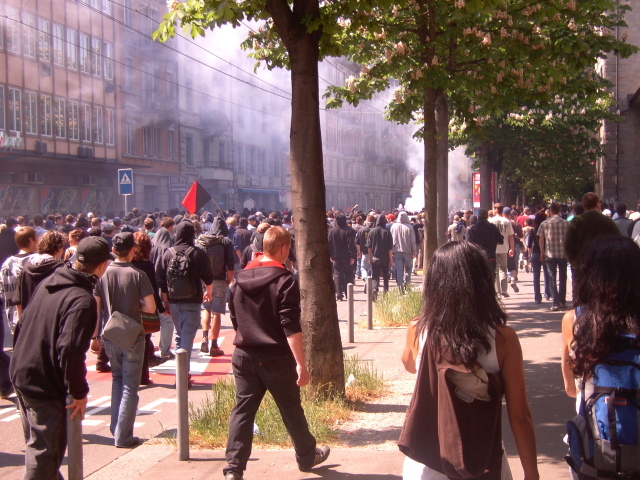 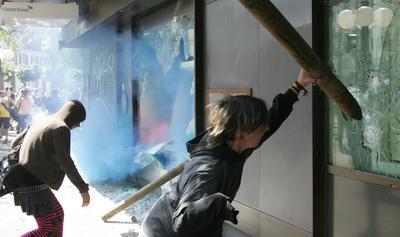 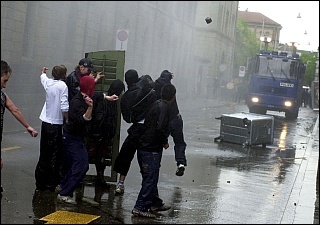 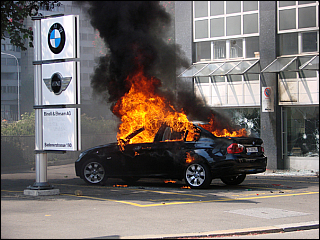 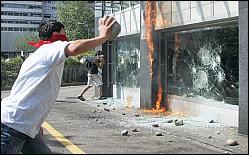 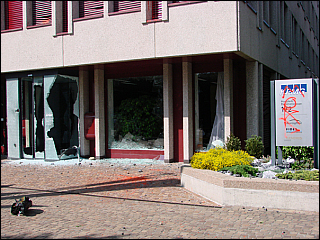 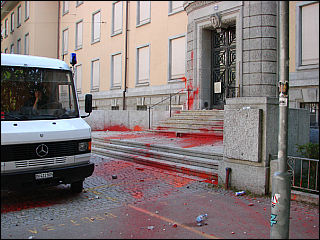 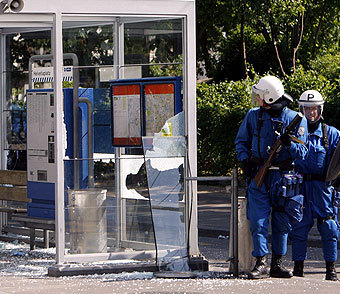 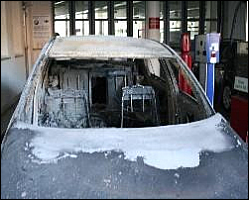 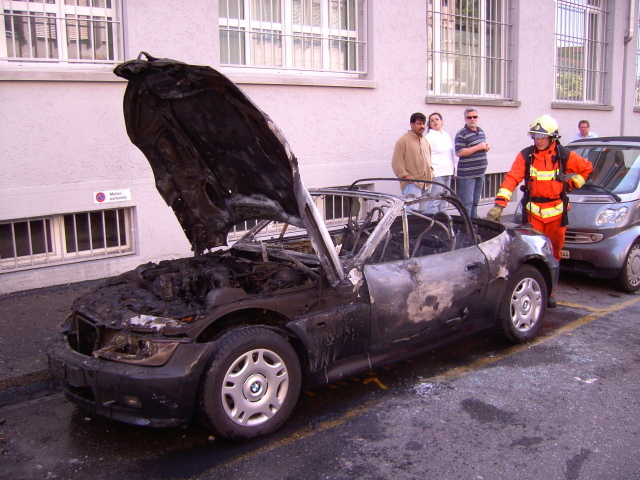 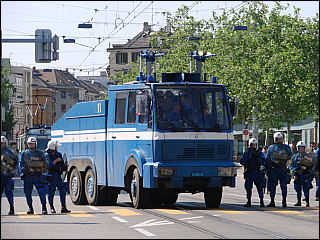 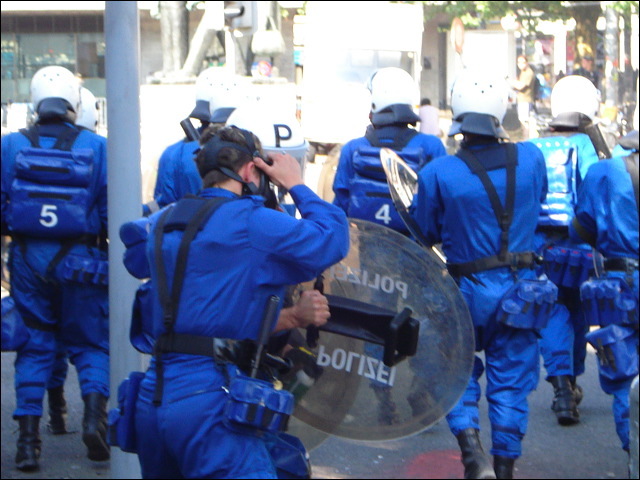 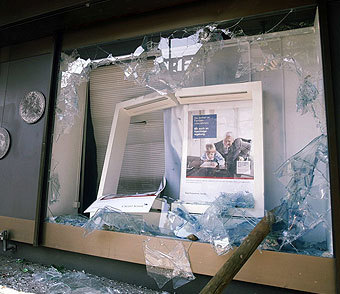 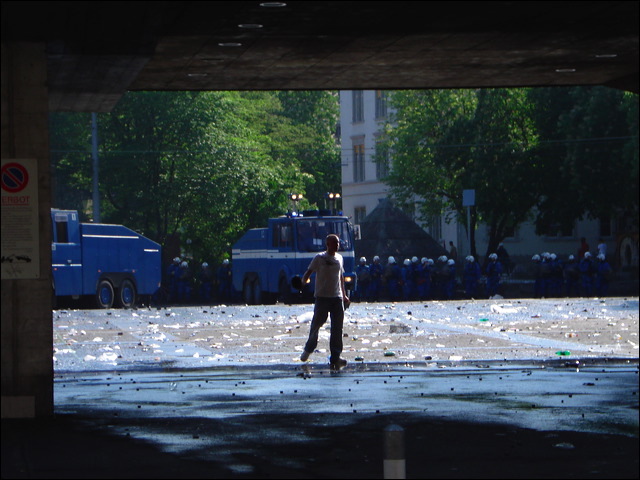 Police, Media and Politicians in Switzerland are shocked: no one expected such an angry mass.