At midday this Sat 5th May cyclists gathered in the town square in Falmouth for the towns first Critical Mass bike ride. The celebration of combustion free liberty, picnics and ever so slightly fancy dress boasted nearly 50 riders. 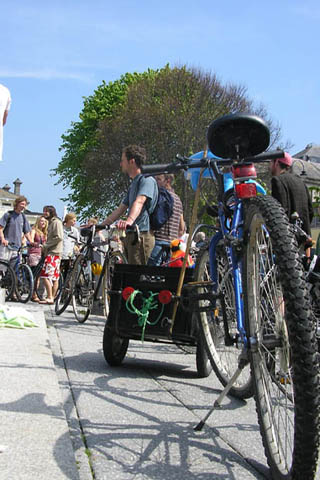 the dinky but tuneful sound system 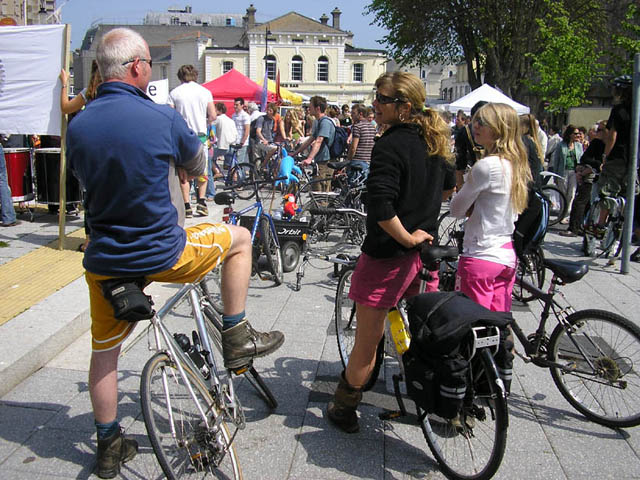 listening to the samba 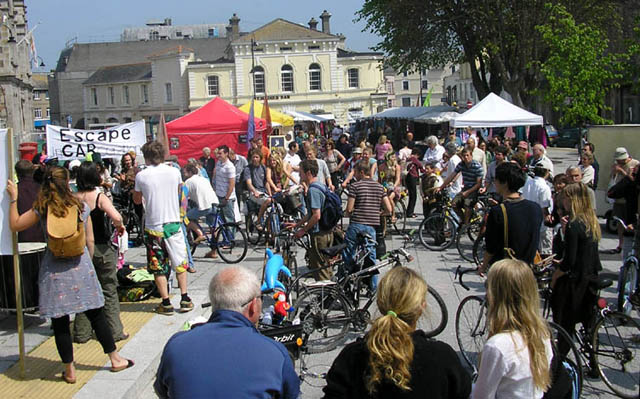 half the crowd are off shot, it really was substantial 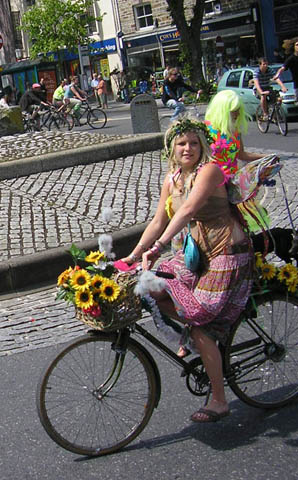 flower fairy does a lap of the roundabout 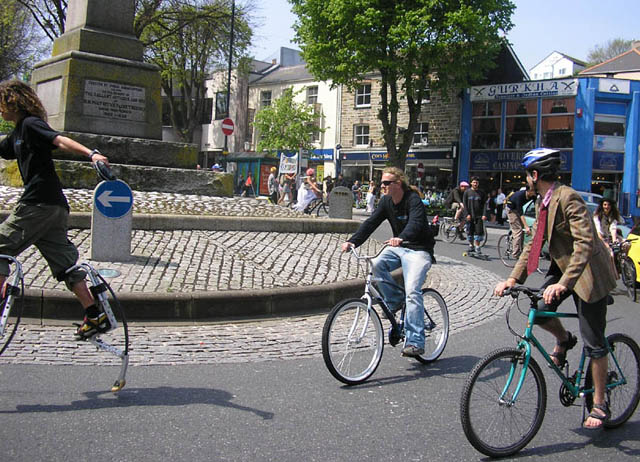 the kid on the bouncy stilts moved really fast 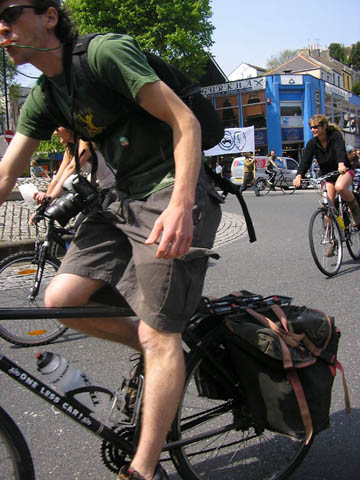 a proper bells and whistles situation 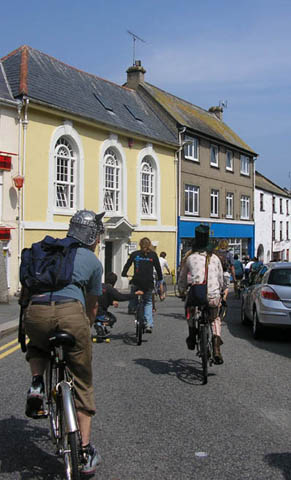 come to sunny Kernow, where vikeings ride the streets 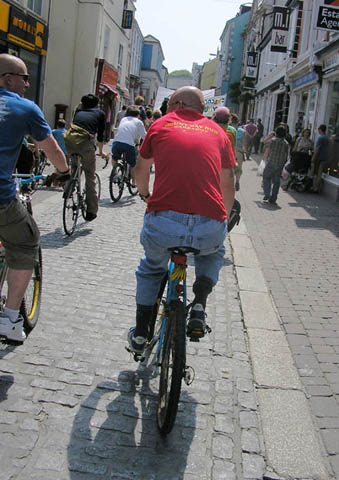 down the highstreet (there's only really one road in town) 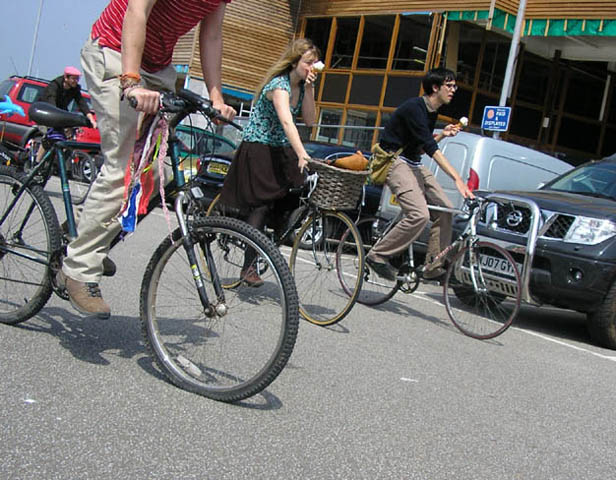 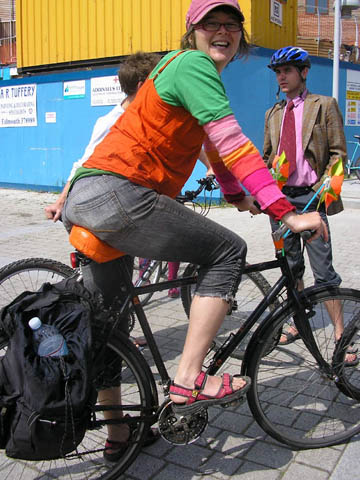 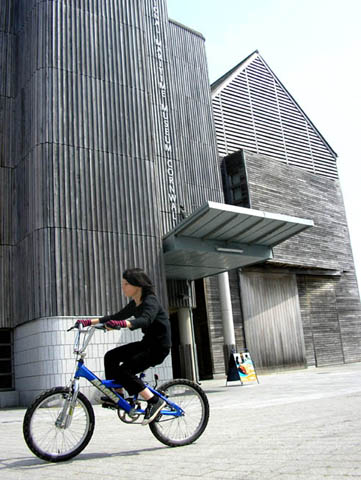 one of the kids outside the slightly bleak maritine museum 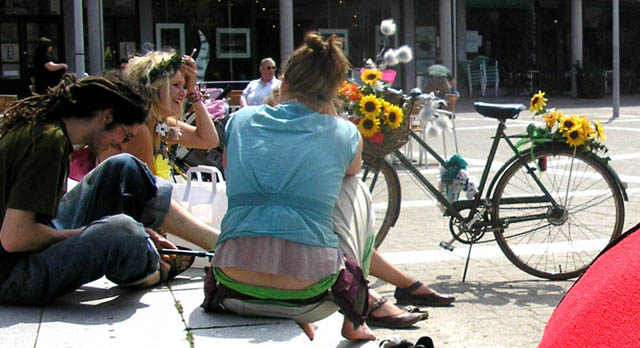 and then picnics in the courtyard

There was loads of diversity, from skater boys to hippy chicks, bikey blokes to art students, crusties, middle aged professionals, old Earthfirsters, and families with kids. Not bad for a small town virtually falling off the edge of the country.

The samba band grabbed a fair bit of attention for the initial gathering, and then everyone set off for a rather disjointed but joyous perambulation down the town. The response from the high street was a dramatic, several jaws literally dropped. Once people got over the shock almost everyone grinned. There was very little driver lairyness, and the police (who had been taken unawares, and weren’t there to mind the start) made no really interventions.

Saturday lunch is of course an unusual time for a Critical Mass, but it does kind of make sense in a small tourism based community, and a good time was generally agreed to have been had by all…There are plans to do it regular.

These photo’s aren’t particularly representative of the ride, but do show lots of people being happy on bikes.