According to mainstream media, over 800 policemen were involved in raiding 40 left-wing political objects with the support of 20 public prosecutors.

Whilst German television channels reported live from the razzias in the big cities, according to the populist press farms in Schleswig-Holstein, Brandenburg and Niedersachsen were also affected.

Several reasons were given so far for the raids, which nevertheless seemed to centre on and affect mainly infrastructure and logistics around the protests against the G8 summit. 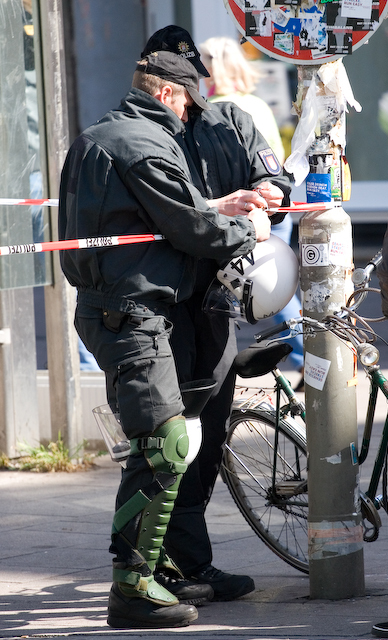 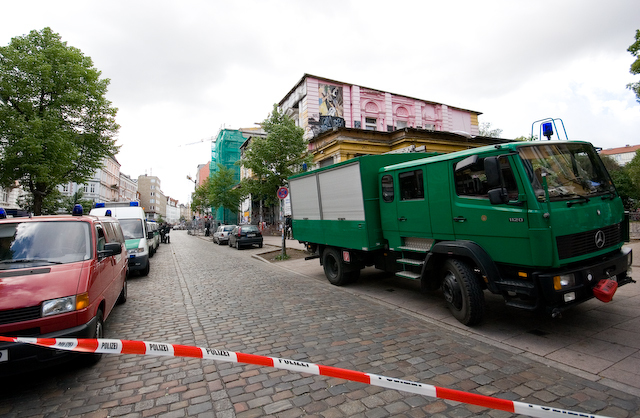 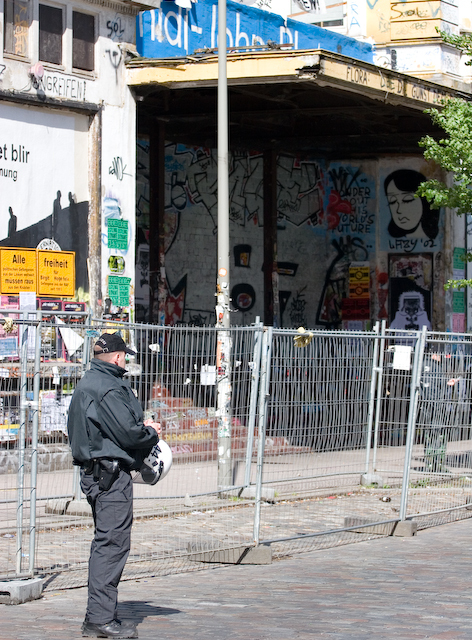 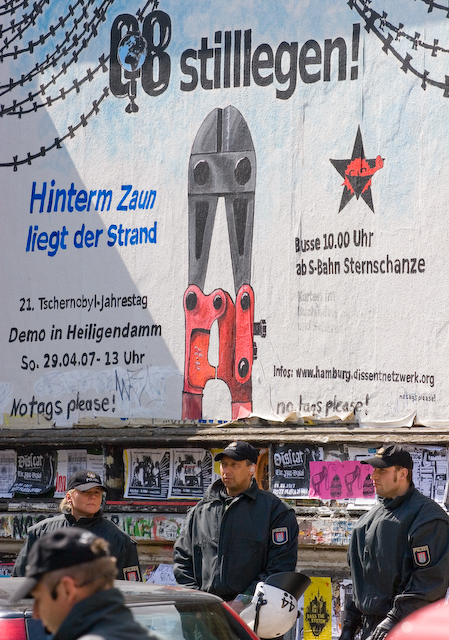 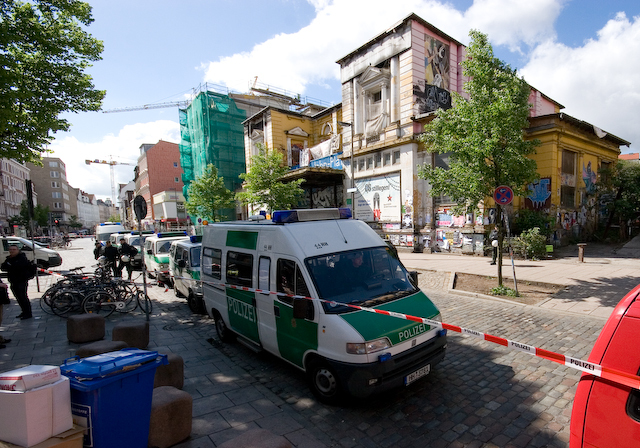 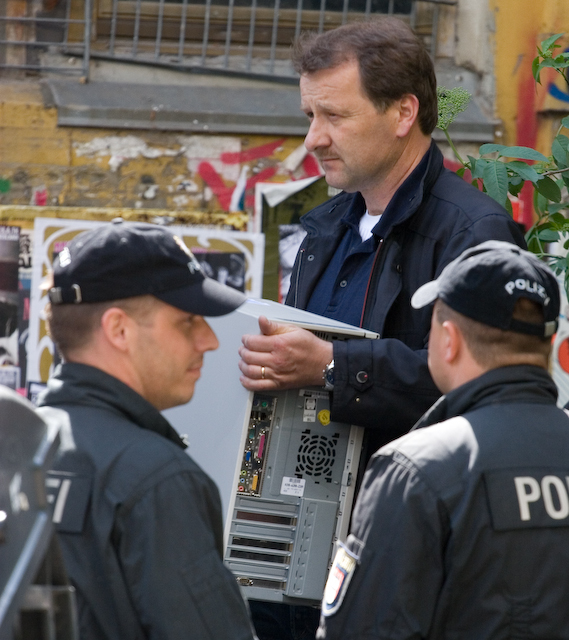 taking away the computers 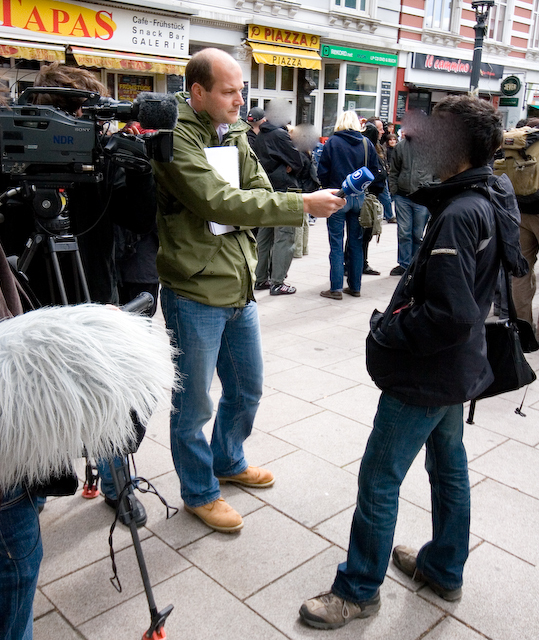 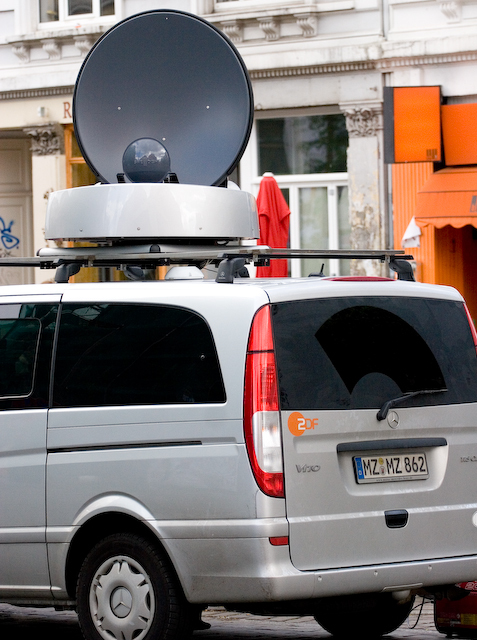 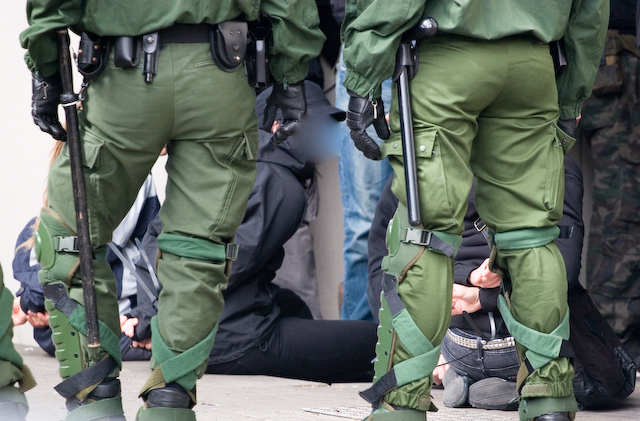 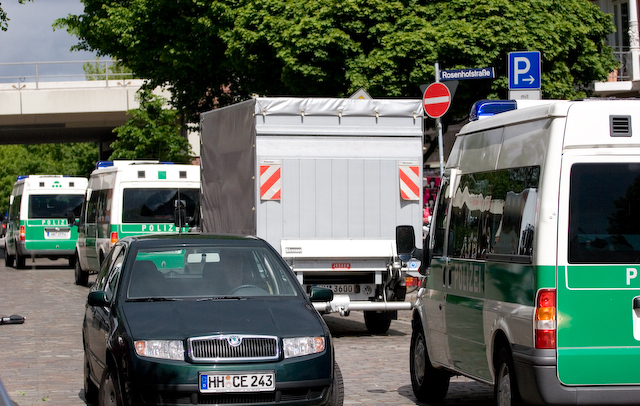 police protection for the van full of raided materials

Raids have taken place in:

A spontaneous demonstration in Hamburg lead to 16 temporary "arrests" (or whatever it is now legally called when you are not charged but taken by away by police) and injuries were caused by police crawing batons.

Some affected groups have already released press statements critisising the raids as state oppression in order to criminalise dissent against the G8.